The Vault of Error: Street Fighter II: The Animated Movie

I remember Astro Skate, the local roller-rink: the scent of sweat and canvas, the texture of worn plastic wheels, the sound of syrupy, bubblegum pop blaring from the speakers. But most of all I remember the arcade games, especially Street Fighter II: The World Warrior. I remember testing my mettle against opponents both human and computer-controlled on many a borrowed quarter.  I remember mashing the ‘Jab’ button to make Blanka light up like an electric eel, because that was the only special move my ten-year old mind could master.

It’s hard to accept that it was all over twenty years ago.

It’s even harder to justify that for over five years, I’ve owned Street Fighter II: The Animated Movie. 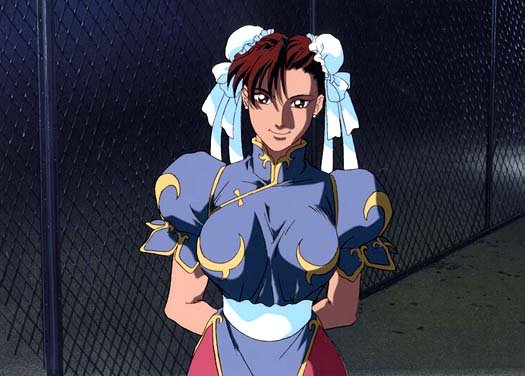 Nearly every anime that is based on a video game sucks. This axiom applies doubly for anime based on fighting games. It’s difficult to translate kinetic, interactive matches that last roughly sixty seconds into a ninety-minute narrative, let alone a twenty-six episode television series. Despite the convoluted mythologies that sprout up surrounding games like King of Fighters or Street Fighter, there just isn’t a whole lot of plot to spread around. But that doesn’t stop them from trying, oh no…

Out of all the blatant, fan-baiting, cash-grab anime features that Japan has squeezed out over the years, Street Fighter II: The Animated Movie might be both the most tolerable and the most frustrating. It tries its damnedest to hammer a story out of the disparate backgrounds of the dozen or so characters that populated the arcade franchise up to and including Super Street Fighter II Turbo. In The Animated Movie, the bad guys are M. Bison and the secretive crime syndicate known as Shadowlaw. The goal? World domination. What stands in their way? A rag-tag group of martial artists, including: the wandering fighter, Ryu; Interpol’s Chun Li, who blames Bison for her father’s murder; Major Guile of the U.S. Air Force and his fabulous hair; and the Japanese rikishi, E. Honda, a bumbling sumo wrestler thrown in for comic relief.

(Note: I’m using the American naming conventions in this review. In the original Japanese, M. Bison is Vega, Vega is Balrog, and Balrog is M. Bison. Also, Shadowlaw can be transliterated as Shadowloo, but I prefer spelling it the way it is written, because it sounds less like a clandestine British lavatory.)

Bison will stop at nothing to accomplish his evil schemes, and with the aid of an army of Monitor Cyborgs and a brainwashed Ken Masters, Bison plans to crush all challengers. The plot is a pretense, an excuse to cram as many fight scenes as possible into an hour and thirty minutes. I’ll give it an A for effort. Street Fighter II: The Animated Movie coasts along on the sincerity of its presentation, which sees nothing amiss when a thong-sporting Cammy White assassinates a British minister in broad daylight by twisting the poor man into a human pretzel. Nor does the movie bat an eyelash at the thought of Chun Li, a senior Interpol agent, debriefing her fellow agents while clad in a cheongsam with spiked bracelets on her wrists and her hair done up in “ox horns”. And let the record show that there is not the slightest hint of sarcasm when Ryu leaps to jump-kick that semi-tractor trailer right before the end credits rolls. Bless you, Street Fighter II: The Animated Movie, for taking yourself so seriously. 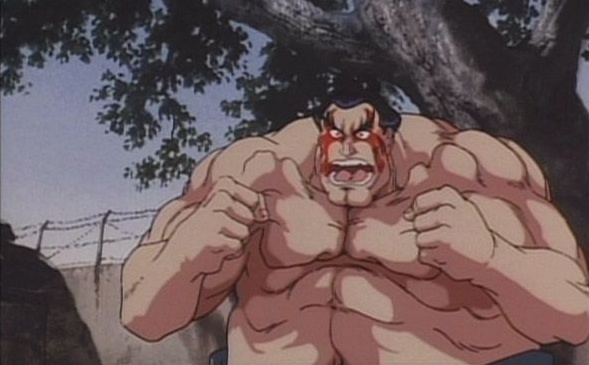 Of course, I must mention the scene that ruins this film for me: the fight between Vega and Chun Li. Never mind that before it there’s a five-minute shower scene that’s pure fan-service of the most voyeuristic kind. Never mind that the fight serves as an excuse for Chun Li to flash her panties with every attack, and to have her already skimpy outfit (underwear and a t-shirt) shredded by Vega’s metal claw. Never mind the creepy overtones. At least Chun Li kicks Vega’s butt, right? At least she proves that she’s a strong, capable warrior in her own right by lobbing a sofa at the masked man and then kicking him through a solid brick wall. Right?

It’s the aftermath that exasperates me: although it was a harrowing battle and Chun Li was fighting for her life, she survived the melee with only a few superficial cuts and bruises. Yet in the very next scene, Chun Li is hospitalized, in a coma, wrapped up in bandages like Tutankhamen, breathing through a respirator… and conveniently out of the picture so Guile can go off by himself to get his revenge on Bison. What the heck? How did that happen? Did someone drop a refrigerator on her on the way to the emergency room?

It’s developments like this that prevent me from recommending The Animated Movie with anything resembling a clear conscience. (Well, that and the fact that the Chun Li shower scene is probably the only reason I’m unwilling to part with this DVD.) In the end, Street Fighter II is a mixed bag. It’s not as wholeheartedly silly as the other Street Fighter movie, which features Jean-Claude Van Damme and a stealth boat and a scene-stealing performance by the late Raul Julia. It’s not as inadvertently comedic as the other, other Street Fighter movie, in which M. Bison steals a bucket of fish from an elderly couple. And it’s entirely unrelated to the Sonny Chiba film that features the world’s greatest X-ray punch. But if you want a slice of what it was like to 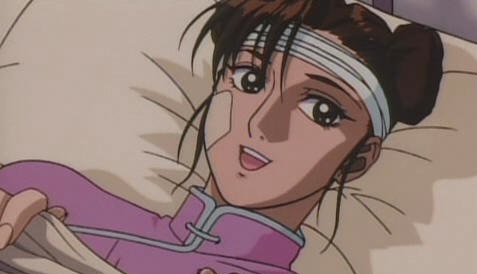 deal with Manga Entertainment’s releases in the early nineties—from the notoriously iffy dubbing with added profanity to the complete replacement of the original score and soundtrack with music by bands such as KMFDM and Silverchair—then this 2006 re-release can serve as a cultural artifact from a time perhaps best forgotten.

Dissidia Final Fantasy NT Will Soon Be Free to Play