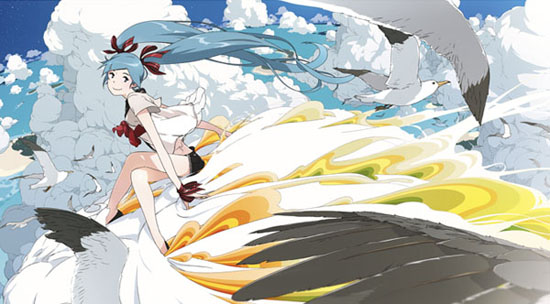 By now you’ve either gotten the Vocaloid bug bad, or at least know someone who’s been bitten by its ear-worming fangs. Japanese pop group Ryo (Supercell) is helping contribute to its ever-increasing spread across North America thanks to the release of their EP, Sekiranun Graffiti, a followup to the group’s full-length. That album, Supercell Featuring Hatsune Miku, topped the iTunes World Music Charts in June 2011, and it would be surprising if this EP isn’t enjoying comparable success.

Though the real “single” here is Vocaloid producer Dixie Flatline’s “Fallin’ Fallin’ Fallin'”—also featured in the Hatsune Miku Project Diva game—the real money sound comes from the title track, Ryo’s “Sekiranun Graffiti.” It’s an energetic EP opener that does a decent job of showing the range of the Vocaloid software, from the catchy hook to the well-integrated and not overbearing guitar riffs. They don’t fade limply into the background, but they also don’t dominate or drown out Hatsune Miku’s robo-voice.

And it’s that robo-voice that will ultimately decide whether or not this and the subsequent single track are for you. The Vocaloid sound is pretty divisive; it’s something you either love or hate and I don’t see non-fans suddenly going gaga for Supercell’s latest release. For everyone else, it’s definitely worth checking out. After the first two tracks there’s a remix (with vocals) and an instrumental of “Sekiranun Graffiti,” followed by an instrumental version of “Fallin’ Fallin’ Fallin’.” 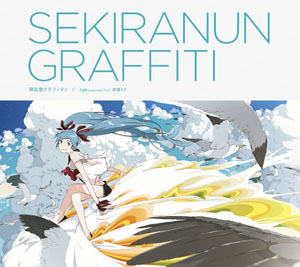 I’ll admit I didn’t start out completely warm to the whole Vocaloid thing, but I opened my mind to the sound’s possibilities back when I checked out some tracks for [our interview with ZANEEDS]. I may not be heading out to watch the world’s favorite virtual idol dance on stage, glowsticks in tow—and unfortunately I don’t think this stuff is the explosive emergence of Sharon Apple that I’d like it to be—but it’s fun pop music, and that’s precisely what you get with Supercell’s EP.

Available at iTunes and Amazon.