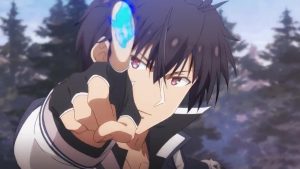 Fantasy light novel series The Misfit of Demon King Academy was supposed to kick off its anime adaptation in April, but like many other projects it was delayed due to the COVID-19 pandemic. While concerns over the virus are far from over, the State of Emergency was recently lifted in Japan, ad we now have a new date to look forward to for this one.

Featuring direction by Shin Ōnuma (general director) and Tamura Masafumi (director), and animation production by SILVER LINK, The Misfit of Demon King Academy is now set to begin its broadcast in Japan on July 4 across Tokyo MX, Tochigi TV, Gunma Television, and BS11, with other networks to follow. Check out a new trailer to go along with the news below.

the misfit of demon king academy 2