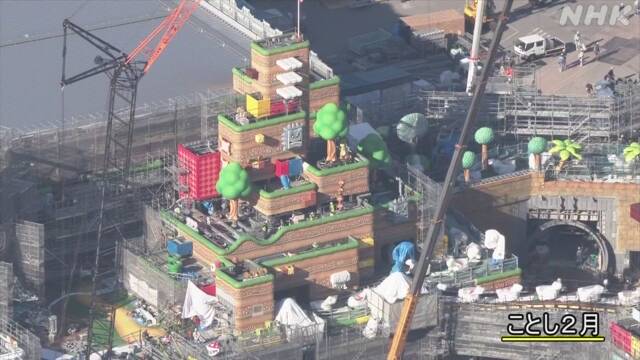 The grand opening of Super Nintendo World, the Nintendo theme park located inside Universal Studios Japan in Osaka, has been delayed. Originally set to open to the public in late July, it has been postponed as a precaution against the spread of COVID-19.

A new opening date has not been announced.

Universal Studios Japan, minus the Super Nintendo World section, has been open since June 8, but with entry limited to small numbers and to those who live in the area.

Whenever Super Nintendo World does open, the first two rides available will be the Super Mario Kart Ride and Yoshi’s Adventures. Versions of the park are also in the works for Universal parks in Orlando and Hollywood.

The Japan park will also feature AR functionality that connects visitors to a smartphone app and bracelet that allows them to collect coins. The Power Up Band bracelet works in tandem with the app, noting when you hit blocks and giving visitors a chance to compete in challenges that essentially turn the park into a real-life video game.

We’re looking forward to taking a trip down to Osaka and entering the real-life world of Nintendo whenever this COVID-19 thing settles down!