So I’m a Spider, So What? Novelist Is Elated/Worried About Anime

With an anime adaptation of So I’m a Spider, So What? coming out early next year, Anime News Network interviewed the original creators: novelist Okina Baba and artist Tsukasa Kiryu.

Asked how he felt when he learned there would be an anime adaptation, Baba replied, “Naturally I was elated, but more so I was worried.”

He was also asked about what he wanted to keep in the anime adaptation. “I told them [the people working on the anime] that they didn’t need to follow the same structure of the novel,” Baba explained. “If anything, I asked that they don’t follow it. Anime has its own charm, and I wanted them to build a structure that brought that forward.”

Kiryu was asked more art-specific questions. “I’m better at drawing based on personality or characteristics rather than appearance descriptions, so for characters I often start drawing based on my impression of them from reading the text,” she said. “If I’m at a loss for expressions, I think back to a character or actor from a movie I previously saw whom I feel has similar stances or personality and reference that. With monsters, I feel their relatability depends on whether or not you can see their pupils. I feel that if the animal doesn’t have pupils or you can’t look it in the eye, there’s a fear where you don’t know if it’ll attack or what it’s thinking.”

So I’m a Spider, So What? is currently set for a January 2021 premiere. 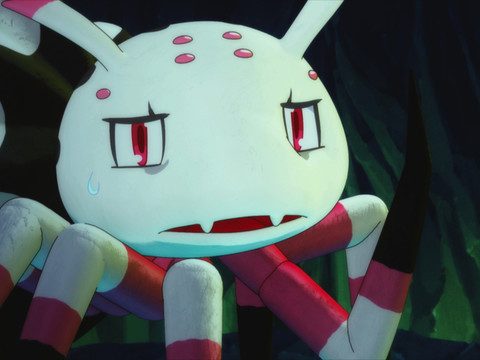 So I’m a Spider, So What? Stars Our New Favorite Arachnid

so i'm a spider so what?that time i got reincarnated as a slime 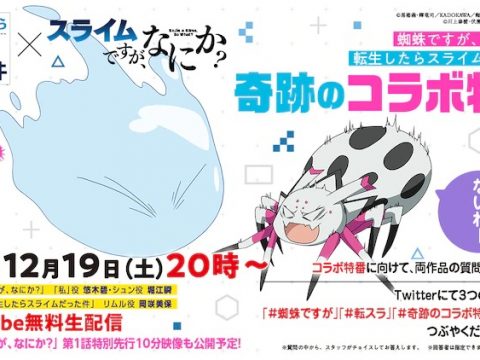 So I’m a Spider, So What? Reveals New Trailer, Release Date