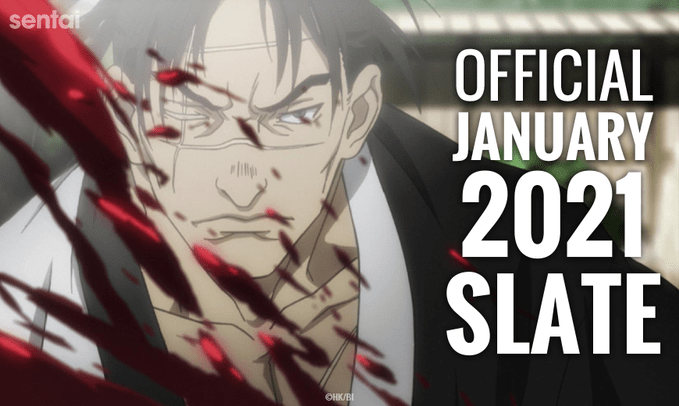 Sentai Filmworks is looking toward 2021, and they’ve revealed a list of anime they’ll be releasing in January on Blu-ray disc.

First up is the infamous Blade of the Immortal (the manga is also being re-released). It comes out on the 19th and is 600 minutes.

Next up is Ascendance of a Bookworm, which comes out on the 26th and is 675 minutes. It’s about books and switching bodies.

Coming out the same day as Ascendance of a Bookworm is Killing Bites. Running 300 minutes, it’s about underground death matches.

Girls und Panzer: This is the Real Anzio Battle is 38 minutes and comes out on the 12th. It’s about high school girls and tank warfare.

Black Bullet comes out on the 5th, is 325 minutes and is about people fighting a virus (not COVID).

Flying Witch, also coming out on the 5th, is 300 minutes and follows a witch going to high school instead of studying magic out in the world.

Last but not least is Bang Dream! Film Live, a 73 minute movie about J-pop that’s coming out on the 12th. It’s available in Japanese with subtitles, whereas all the others listed here are available in both English and Japanese dubs.

Demon Slayer Boxers Protect You Where It Counts
TONIKAWA: Over The Moon For You Creator Talks About Anime Adaptation