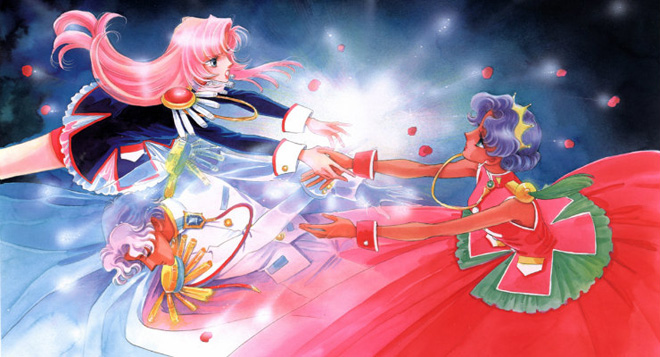 Rebellious Utena Tenjou’s world is turned upside down when her interior decorator aunt decides they will move to Amsterdam. Utena has received a letter every year from Mr. Licky Lick, the childhood hero she hopes to reunite with someday, but her friend Kaido tries to convince her this man doesn’t exist. Utena even starts to believe him, until she meets her aunt’s handsome assistant, Aoi Wakaohji…

Sound familiar? If you know Utena through its seminal anime, probably not. Even when this prologue ends and Utena makes it to Ohtori Academy, this is not the Utena lauded as a masterpiece. The manga is neither source material nor adaptation, with both anime and manga created by different members of art collective Be-Papas. However, the chances of anyone picking these books up today without high expectations set by the anime are slim to none, so they must be judged in that context.

Many elements are the same. Utena was saved as a child by a man whose face she can’t remember, a prince who inspired her to become a prince herself and save others instead. She becomes a duellist, battling members of the student council to save the Rose Bride, the mysterious Anthy Himemiya. Significant points are different, though. The manga resolves the story between Utena and Anthy halfway through its second volume, then adds on separate chapters adapting entire anime arcs into smaller, barely connected stories. Major characters in the anime are absent, appear only briefly, or have unrecognizable personalities or backstories. This version is considerably more heterosexual. 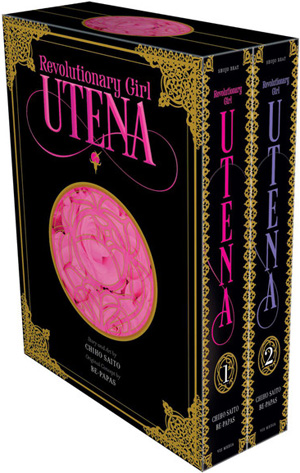 Most noticeably, the manga lacks both the artistry and absurdity of the anime. The softened shojo aesthetic contains only glimpses of the anime’s bold visuals, and cramming so much story into just two volumes (even omnibus-size volumes) leaves little room for individual quirks or comedic supporting characters. Interesting narrative devices like the Greek chorus-like shadow girls are gone. The final chapter covering The Adolescence of Utena is much closer to the anime’s tone but stops short of the extraordinary climax.

Overall, this manga is best viewed as complementary to the anime, paring down an extended ensemble and sprawling story to a more straightforward alternative version of a well-known classic. It does hold some really beautiful scenes and intriguing possibilities, though, and some readers may actually find it a more accessible route into the Utena universe than a 39-episode spectacle of subtext and surrealism from 20 years ago. 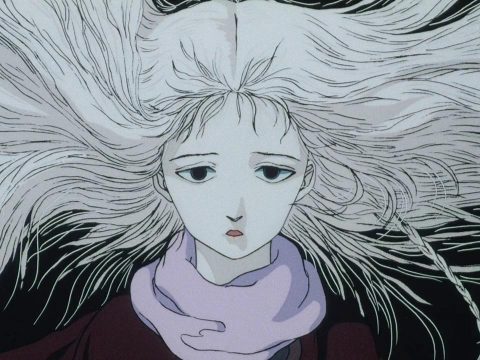 Machine Dreams
The Art of Storytelling