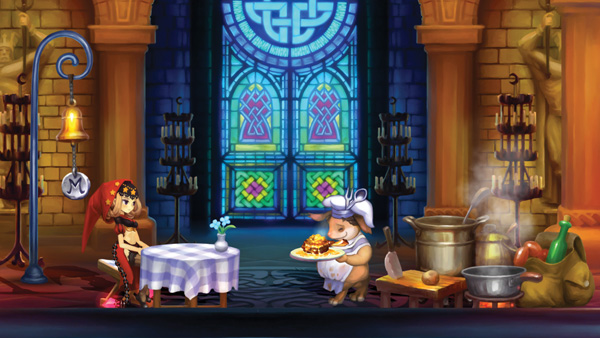 When Odin Sphere was first released for PlayStation 2 in 2007, it introduced players to the gorgeous, hand-drawn world of developer Vanillaware. Even if you didn’t appreciate the gameplay, you could surely appreciate the artistry that went into it, thanks in no small part to the stunningly unique work of director and artist George Kamitami. Vanillaware has since gone on to release plenty of similarly stunning games, from Muramasa: The Demon Blade to the more recent PS Vita/PS3 beat ’em up Dragon’s Crown. Now Odin Sphere is back and completely remastered on PlayStation 4 and PS Vita as Odin Sphere: Leifthrasir, allowing for an even greater level of appreciation and the kind of HD preservation this title deserves.

I’ll admit I was firmly not in the camp of people who enjoyed Odin Sphere the first time around. I recall being entranced by the visuals, only to be turned off the second seed-planting and alchemical combinations came into play. What can I say? I wasn’t a very patient or adventurous player at the time, but nearly a decade later I find myself with the opportunity to give Vanillaware’s breakout action-RPG a second shot. 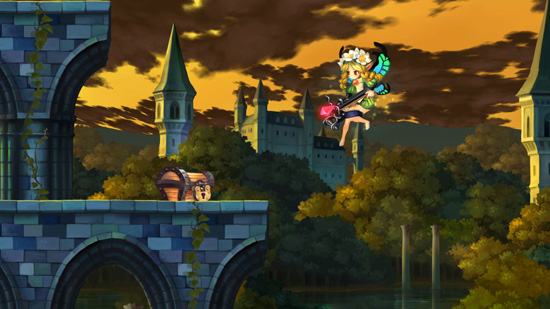 Man, am I glad Atlus brought Leifthrasir to the West.

First of all, let’s just get this out of the way: Odin Sphere is drop-dead gorgeous on PS4 and PS Vita. Thanks to cross-save support I was able to juggle my save file between both Sony’s console and portable, the latter of which is only alive right now thanks to amazing releases like this one. Every carefully rendered sprite looks fantastic, from the nimble valkyrie Gwendolyn to the heaving and hulking Demon Lord Odin and every screen-filling boss that follows. The circular-mapped locales are equally impressive, and it’s always a treat to see the lengths Vanillaware goes to for the little details. Even the smallest of rooms—restaurants in which you’ll eat and gain experience and health, for instance—is teeming with life and imagination. 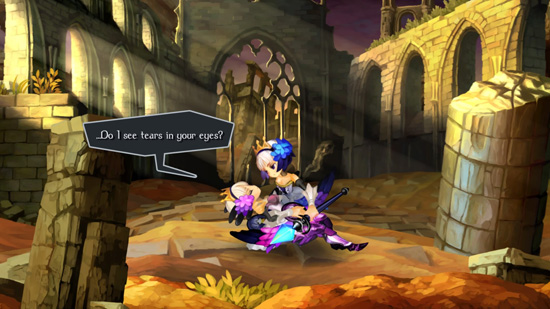 Thankfully the game itself backs up these lush visuals nicely. Action is fast and satisfying, and there are plenty of weapons to master and special moves to learn throughout each story. The action starts with Gwendolyn’s tale, as she finds herself caught up in her father’s plot to seize a device called the Crystallization Cauldron. She soon meets some of the other principal cast like Shadow Knight Oswald, all of which will eventually be playable in their own stories. That means Odin Sphere isn’t just some quick side-scrolling romp. It’s a meaty game with plenty of story and action to dig through, so it works especially well on the go.

As for all those alchemy and cooking actions that turned me off back in ’07, they’re actually really cleverly implemented. There’s no shortage of items to find, plant, and mix during your journey, and the way Vanillaware set it up makes it all a breeze. You’ll find food recipes in various areas, 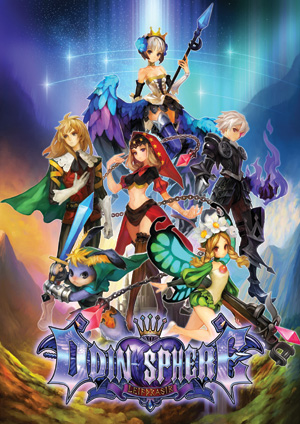 unlocking more delicious items for the nearest chef to prepare. All you have to do is bring the ingredients (which sounds like a lousy way to run a restaurant) and you’ll be enjoying EXP bonuses in no time. Alchemy is relatively straightforward, and experimentation with mixtures is encouraged. Early on you’ll quickly find yourself with an overloaded bag, which is kind of annoying, but it doesn’t take too long to find larger bags to hold all the seeds, fruit, bottles, and all the other trinkets you come across on your quest.

If, like me, you overlooked or underestimated Odin Sphere when it first came out, do yourself a favor and pick up Leifthrasir. Everyone else already knows how special this game is, but it’s been a while, and this upgrade is tight enough to warrant a return trip.

Godzilla Anime Film Lined Up for 2017
[Review] My Youth Romantic Comedy Is Wrong, As I Expected