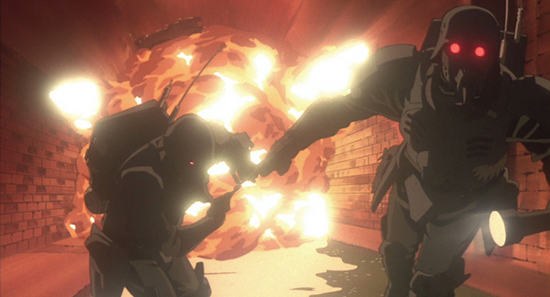 In an alternate history, after Japan emerged from the post-Occupation period, widespread civil unrest led to the militarization of the police force, especially the heavily armed Capitol Police Special Unit known as the Kerberos squad. Equipped with intimidating body armor and massive machine guns, the Kerberos troopers wage war against terrorist cells and antigovernment guerrillas. But the Capitol Police Special Unit is increasingly under fire as public opinion slowly turns against them, and political infighting threatens to render Kerberos extinct. This is the world of Jin-Roh: The Wolf Brigade, the third film in Mamoru Oshii’s “Kerberos Panzer Cop” trilogy.

Jin-Roh examines the perils of Kazuki Fuse, a rookie with the Capitol Police Special Unit. When Fuse confronts a young woman transporting a bomb intended for a terrorist attack, the girl detonates the device, killing herself in front of the stunned trooper. Although Fuse survives the blast thanks to his armor, an internal investigation of the incident finds fault with his behavior, and he’s busted back to the Academy for training and reevaluation. Guilt-ridden and plagued by nightmares, Fuse visits the deceased girl’s grave where he encounters her elder sister, Kei. Soon the shell-shocked Fuse and the mysterious Kei embark on a romantic relationship, but this fateful meeting is merely the prelude to a series of intrigues that threaten to destroy Fuse and the Kerberos squad with him. Who is the hunter? Who is the prey? And can a beast find happiness in the guise of a human being? 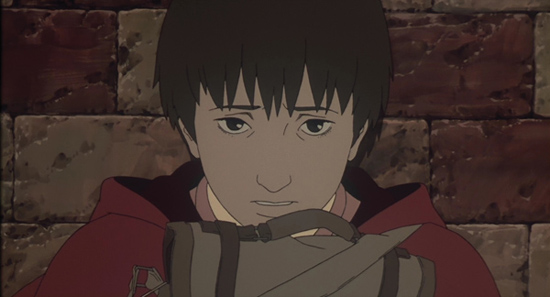 Directed by Hiroyuki Okiura with a screenplay by Mamoru Oshii, Jin-Roh is one part political thriller, one part allegory, and one part action movie. The film is defined by its methodical pace and its excellent attention to detail. In Jin-Roh, Okiura demonstrates the same animation skills and dedication to realism that helped make the Ghost in the Shell films—on which he served as character designer and animation supervisor—remarkable. Some viewers may consider the protagonist, Fuse, to be cold or unemotional, but I think his relative detachment makes the conclusion of the film, where Fuse must make a terrible choice, all the more emotionally resonant.

My only complaint with Jin-Roh is a stylistic one: I wish that the allusions to the story of “Le Petit Chaperon Rouge”—the unexpurgated version of the Little Red Riding Hood story which concludes quite poorly for the heroine—had been less overt. It’s okay to dress a young terrorist transporting bombs in a bright red jacket. It’s fine to pose the protagonist in front of the wolf display at the natural history museum. These are both visual cues, and since film is a visual medium, the deployment of these images is either forgivable or necessary, depending on the
viewer’s taste. But it’s a different matter to explicitly refer to the terrorist couriers as “Little Red Riding Hoods” or to have Kei present Fuse with a copy of the Little Red Riding Hood storybook, or to quote the entire fairy tale in lines of 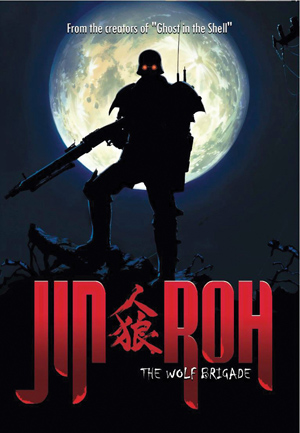 dialogue throughout the film. Perhaps this critique is unfair. Expecting the average Japanese filmgoer to be fluent in European fairy tales is like expecting the average American to be familiar with “The Tale of the Bamboo Cutter” or “Urashima Taro,” so the symbolism needs to be explicit. Even Mamoru Oshii, a master of visual symbolism, has been guilty of clobbering his audience over the head with the occasional lump of ponderous exposition, but still I wish that Okiura had allowed silence to speak a little louder in his film.

Quibbles aside, it’s encouraging that Discotek Media has rescued the license to Jin-Roh: The Wolf Brigade. The original Bandai Entertainment DVD release is long out of print, and Discotek’s Blu-ray release will mark the first time that Jin-Roh will see a high definition home video release in the United States. This is excellent news, because this tale of wolves and men deserves to be remembered as an outstanding example of mature storytelling in an animated medium. 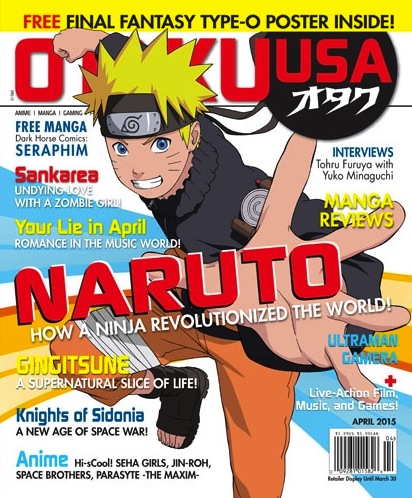 This review was featured in the April 2015 issue of Otaku USA Magazine. If you’d like a print copy, try your local newsstand, or order it now from our online store. For more in depth anime and manga coverage, don’t forget to subscribe!