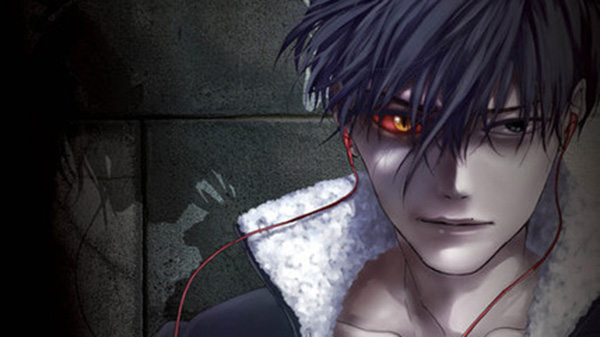 Meek college student Tsukasa has never met a vampire (or devil, as they’re also called) until gaunt, handsome Anzai saves her from a vampire attack. Anzai is a half-vampire, part of a special police division that tracks down violent vampires and brings them into custody—a necessity in this world where one in 10,000 people are part of the “red-eyed race,” who look outwardly normand al may live normal lives for years until their bloodthirst is triggered by the adrenaline of sex or the sight of spilled blood.

A strange relationship forms between them, and soon Anzai is back, creepin’ around her balcony or coming inside to drink tea and warm his chilly body under her kotatsu. But although they can be friends, Anzai knows that giving in to his deeper urges could result in Tsukasa’s death. (“I’m filthy. I carry this horrible devil inside me,” he thinks.) Before long, Tsukasa follows Anzai into the strange vampire subculture and discovers that evil can reside in the human heart as well as the hearts of devils…

The idea that “vampirism as a metaphor for sex” is an oldie but goodie, and this vaguely shojo-esque paranormal romance manga delivers 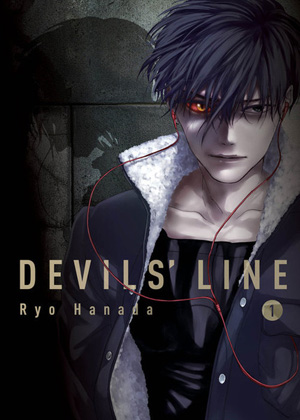 the horror-passion of repressed lust while delicately handling deeper issues. Here, vampires pose as humans while using drugs and counseling to restrain their bloodlust, and the usual genre line between “good” supernaturals (the protagonists) and “bad” supernaturals (the villains) isn’t at all clear; in one strong scene, Anzai tells a vampire woman that she might have spared the lives of the humans she loved if she had “come out” and told them about her vampirism earlier.

And while the thrill of being embraced by a monster who wants to eat you is definitely central to the story, Devil’s Line deals with issues of consent more openly and progressively than most vampire romances. The art—a sort of shojo/action hybrid—is sometimes grossly misproportioned but manages to have the occasional striking face or pose. Fans of Tokyo Ghoul, another manga with better writing than art, will want to dig in.