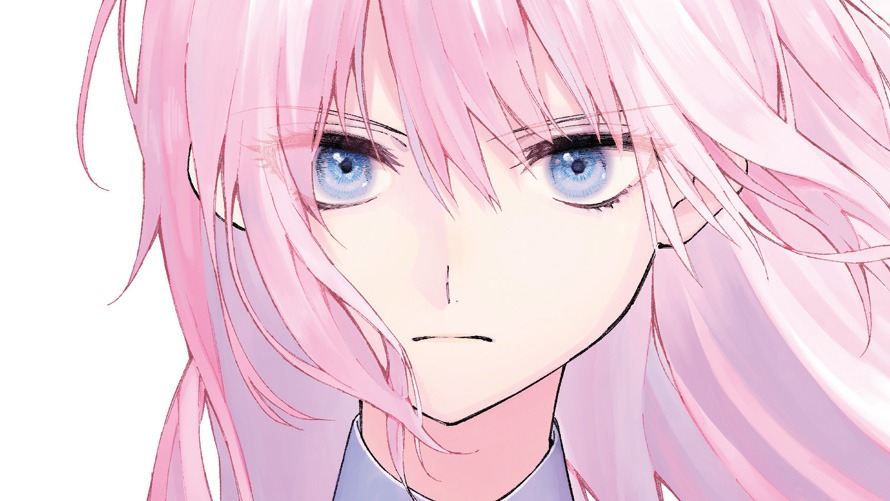 Accident-prone klutz Izumi has terrible luck. The one bright spot in his awkward school career is his girlfriend Shikimori, an undeniably cool girl with good grades, the looks of a model and the reflexes of a cheetah. For some as-yet-unknown reason she’s fallen for the hapless Izumi and spends her days defending him from cars, trips, falls and errant cutlery. Even their classmates don’t understand how Izumi got a girl like Shikimori, but the two happily flirt their way through sports festivals, cherry blossom viewing, and movie dates. Izumi wishes that he could protect Shikimori the same way she protects him. But, alas, he can’t. His chief skills are complimenting Shikimori, making her blush, and occasionally sticking his foot in his mouth. 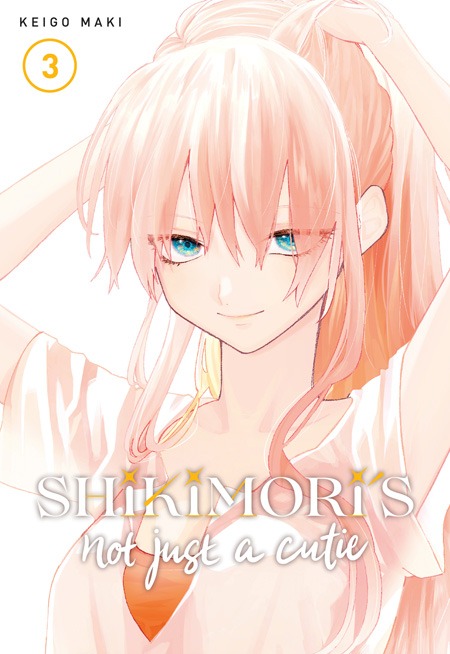 The book is told in short vignettes, each comprising little more than a single scene or incident. This is a book for shameless romantics. Keigo Maki says in the afterword that he started this series of “toothachingly sweet stories” to mess with shonen manga readers’ tastes. An almost nauseatingly sugary confection, the manga is barely saved from itself by its sense of humor and the heartfelt emotions of its two main characters.

There isn’t much character development, beyond a chapter that takes a stab at introducing Izumi’s family, and not much of a setting. Shikimori and Izumi might as well be alone on Earth for all the plot cares. That said, the overwhelming exclusion of all else does succeed in expressing the feeling of first romance. Izumi and Shikimori are so enraptured with each other that everyone who isn’t them is a hazy, faint voice, barely penetrating their rose-colored cloud of love.

The main characters are well-drawn; the expressive swings between Shikimori’s “normal mode” and “cool” mode are particularly effective. But there’s not much else to the art. This is a book about talking and flirting and feelings writ large on the protagonists’ faces. The couple’s classmates are a blur of half-drawn background players who add little to the story.

Hopefully, future volumes will reveal a little more of what lies behind Shikimori’s burning love for Izumi and maybe throw in some character development. Shikimori’s Not Just a Cutie is for people who are in love with love…but perhaps a few cynics will also be won over.