Re:CREATORS heralds the return of Rei Hiroe in spectacular fashion. 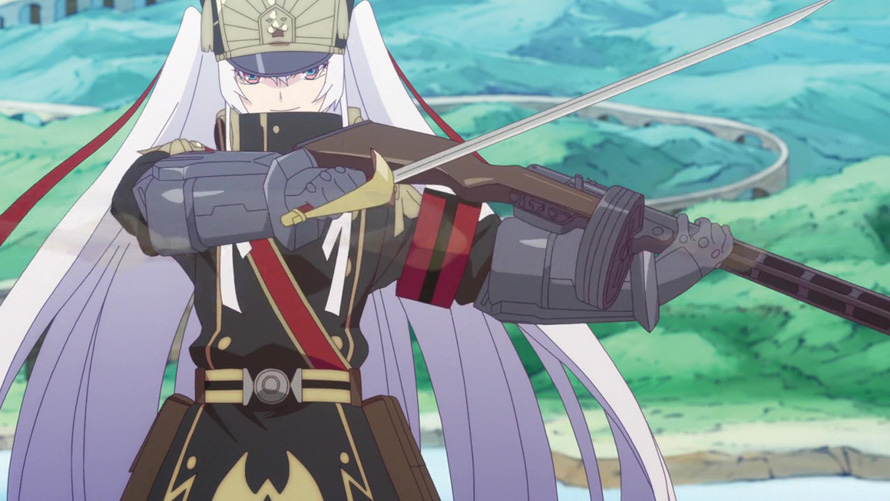 Manga author Rei Hiroe had a problem. After having spent most of the 2000s writing the gun-based action series Black Lagoon, he got stuck in a rut. Release of new chapters became sporadic, until one day he just stopped right in the middle of an ongoing story arc. Fans were understandably exasperated, and on the few occasions his name’s come up in the years since, the first thing anyone wants to know is “when will Black Lagoon resume?!”

I would have asked him directly myself in the interview with him that we published, but the phalanx of Viz/Shogakukan suits who insisted on prescreening every question to the point where they changed the wording of what I was permitted to “ask” as the interview transpired wouldn’t allow it.

Regardless, it was implied from his having designed the Elf character in Bikini Warriors as well as his other answers that he wanted to work on something more fantasy-based. Perhaps the members of Lagoon Company had gotten away from their creator and taken on lives of their own in the minds of the readers? 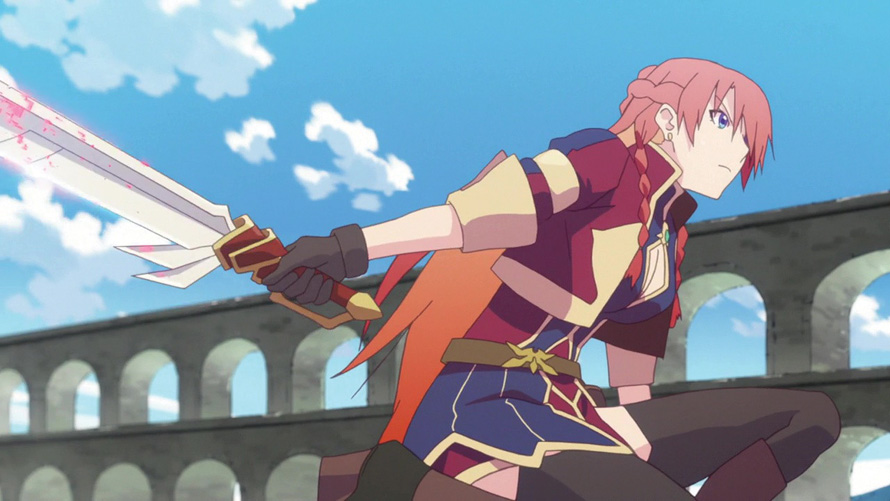 Whatever the reason, after years of relative dormancy Rei Hiroe has picked up the pen once more to give us Re:CREATORS and, despite its urban fantasy premise, much of it feels like art imitating life to the point of being a few steps removed from autobiographical self-insertion.

I liken Re:CREATORS to the 1993 film Last Action Hero in concept (this is fully intentional, per the author), but those of you who weren’t alive back then may prefer to think of it as “Drifters, but in reverse.” For rather than real-life figures being transported to a fantasy realm to do battle, Re:CREATORS is about fantasy characters (“Creations”) manifesting in our real world to do the same upon coming to terms with the fact that they’re not “real.”

I can’t prove that the main character, Sota Mizushino, is Rei Hiroe’s proxy. Sota’s a Japanese high school student and aspiring artist who’s hit a creative block, and the Creations come straight out of slightly fictionalized versions of real-life Japanese otaku media made within the past few years: anime, video games, light novels, dojinshi, and such. 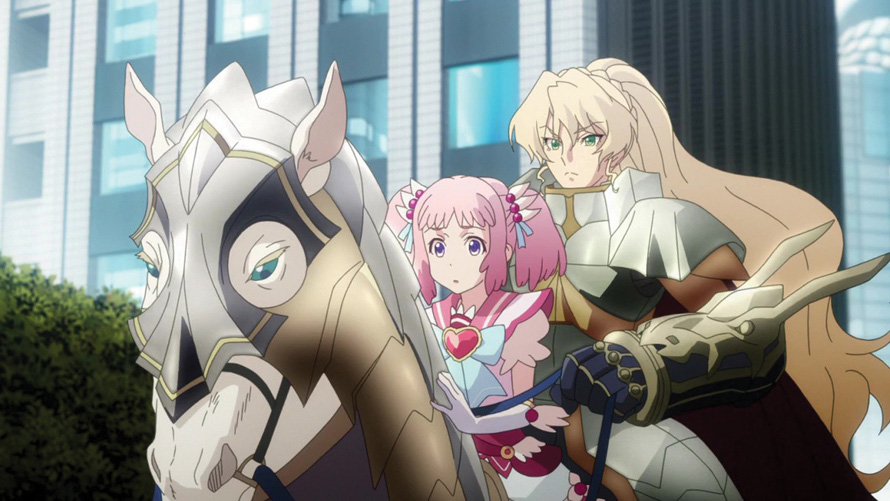 For example, the first Creation to literally leap out of Sota’s iPad into his bedroom is Selesia Yupitiria from the fictional anime adaptation of the fictional light novel series Elemental Symphony of Vogelchevalier. Selesia sure looks an awful lot like Asuna Yuuki from Sword Art Online with the addition of a boob window cutout and a giant robot. Then there’s the homicidal Magane Chikujoin, a character from the fictional light novel Record of the Night Window Demon. But she’s basically what you’d get if you combined Ougi Oshino from the various Monogatari titles with Grell Sutcliff from Black Butler.

Maybe it’s more appropriate to compare Re:CREATORS to the 2002 film Adaptation. That was a movie written by a guy who had writer’s block, and it was about … a guy writing a movie about himself having writer’s block. After all, I feel like the Creations are derived from the things Rei Hiroe was into during most of the decade that he didn’t continue Black Lagoon. Mind you, I don’t consider this a slight against the series just because Aliceteria February draws immediate comparisons to Saber from the Fate series and Mamika Kirameki may as well just BE Madoka Kaname (and some Mami Tomoe) from Puella Magi Madoka Magica. Re:CREATORS is supposed to revolve around the otaku landscape of present-day Japan, after all, and this helps it seem more authentic. 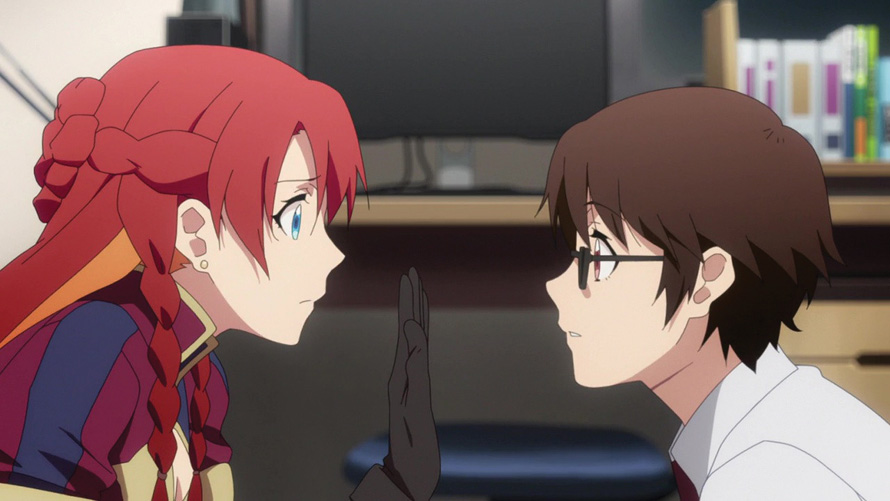 Certainly, the hook of Re:CREATORS lies in seeing so many disparate characters ally or throw down with one another in spectacular fashion. But it also delves into the questions you’d inevitably ask if you found yourself transported to another world and discovered that you were in fact a fictional character. What would be the first thing you’d do? You’d track down your author, or “Creator,” since they’re effectively your “God”—the one who made your world and gave you purpose.

That is precisely what the Creations tend to do. But what happens if your Creator is dead or unknown? What if multiple Creators brought you to life, and how does fan fiction or dojinshi factor into this, if at all? If they rewrite your character or world, does that then change you? Plus, since we’re dealing with multiple fictional worlds here of varying stages of realism, how do you reconcile it under one setting? Or can you? Magical Slayer Mamika, for instance, is from a children’s show where nobody gets seriously hurt. But when she transforms and uses her bright and colorful wand to cast Magical Splash Flare, the effects on our world are far more severe. 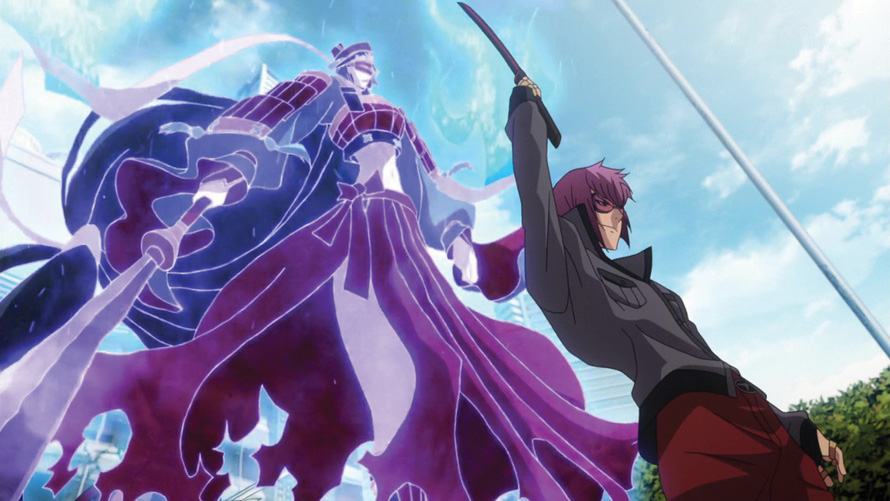 It may seem odd for an earnest magical girl or an honorable knight to be in league with the series antagonist, whose identity is initially unknown (allegedly …) such that she’s just referred to as “the Military Uniform Princess.” At the same time, more traditionally “villainous” characters like the brash brawler Yuya Mirokuji, who has the ability to summon a spiritual projection to fight alongside him, tend to be more aligned with the goals of our heroes. But contrary to what news coverage of current events suggests, our existence isn’t one of pure good and evil. Absolutism in this context is not necessarily a virtue.

Of course, there’s also the matter of some characters simply being misled, which opens up some gradual alliance shifts over time. I suppose the entire series would be far shorter if Sota would just tell people things he already knows, namely “who the Military Uniform Princess is as well as her Creator.” I guess he’s just TOO ASHAMED to admit that he knows information that is critical to preventing global catastrophe? I guess they must make it to 22 episodes somehow, and embarrassed indecisiveness of the “herbivore male” protagonist is a tried and tested method, but I can’t hate on Sota’s emotional hand wringing that much. It’s only a few episodes, ultimately, and he works through it. In related news: after the latest four-year hiatus, Rei Hiroe has made new chapters of the Black Lagoon manga!

Re:CREATORS is available from Anime Strike.

This story appears in the October 2017 issue of Otaku USA Magazine.