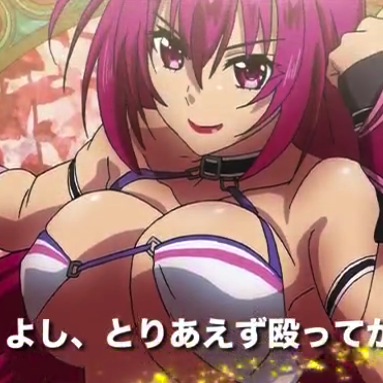 The Bikini Warriors anime is exactly what it sounds like. Based on Hobby Japan and Megahouse’s line of fantasy figures, the series takes place in an RPG-style world populated by a variety of busty adventurers, each designed by a different artist.