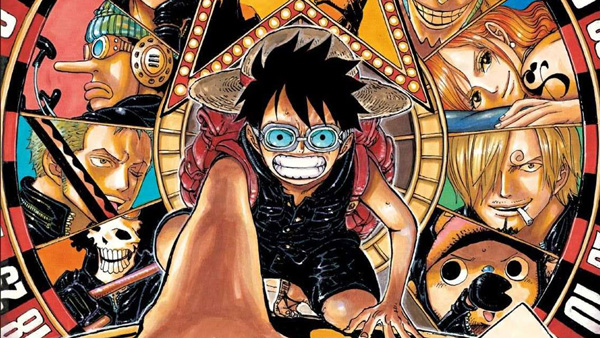 One Piece Film Gold, the latest theatrical, uh, piece of the One Piece universe, will be getting a theatrical release early next year courtesy Funimation, who have licensed the film.

Give the folks at Funi a gold star.

The film will play in U.S. and Canadian theaters from January 10 to 17 next year.

Gold, which we reviewed positively upon its Japanese release, is notable for the heavy involvement of series creator Eiichiro Oda, who, despite lacking tonsils, served as the executive producer, did several designs for the film, and even made his first-ever televised appearance to promote it.

The film revolves around the Straw Hat Pirates’ visit to a giant, Las Vegas-esque pirate ship and a battle to save crewmember Zoro from execution.

Keep an eye on this space to learn in which cities and theaters Gold is set to appear!