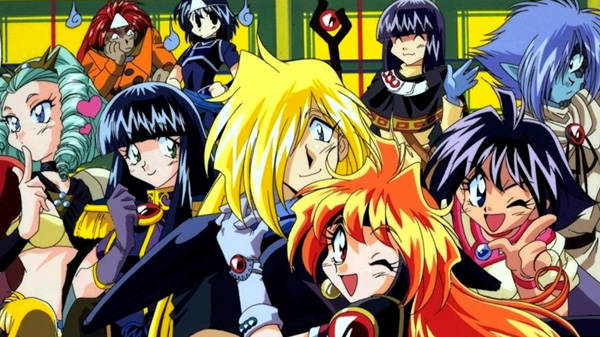 Man, being an anime fan in the 90s was something. Tapes (yeah, tapes) were over 30 bucks and only had two episodes on ‘em, you had to choose between sub and dub, and the selection of stuff available in English was a drop in the proverbial ocean compared to now.

But at least the music rocked.

Take a trip back in time with this list, in which readers of polling station Charapedia get to ranking the best 90s anime songs performed by women. Spoiler: they are all great.

4. “Give a reason”
Artist: Megumi Hayashibara
Anime: Slayers Next

No surprise at number one: two decades later, “A Cruel Angel’s Thesis” is still dominating karaoke boxes around Japan. More surprising, or at least far less known for us Stateside, is number two, the Japanese Pokemon theme, since, y’know, we had our own.

Speaking of our own: even if you don’t know the lyrics to number seven, “Moonlight Densetsu,” it’s quite possible you’ll recognize the melody.

Geezers like me who remember 90s anime or those who’ve discovered its greatness later: what’re your favorite themes?