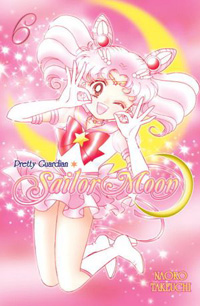 Grab your book bags and clear off some shelf space, this week’s On The Shelf is going to be a long one because this week’s shipping list is a thing of bookaholic beauty. Over 25 volumes of new manga courtesy of Kodansha Comics, Seven Seas, Viz Media and Vertical Inc are on the way!

Kodansha Comics continues on with four different series, while their fifth of the week is coming to an end. Their top seller will be Sailor Moon (Vol.06), as evident by each bestseller’s list since they debuted this new edition of the popular series. And why not? It’s so good! Maybe that’s partly the nostalgia talking but you can’t ignore the significance of the title (or those super shiny new covers, right?).

This sixth volume begins a new story arc now that the future Crystal Tokyo has been defended and peace has returned to the present. We’re introduced to new Sailor Soldiers whose loyalties quickly fall into question, and Chibi-Usa makes a new friend who is tied to a group of villains out to suck the world dry of its life force. So many scenes in this particular book emphasize what I love about the original story, from the personalities of the characters to the treatment of gender and the more in-depth abilities they all wield. Rereading the manga so many years after it was originally released in English makes me even more excited about the potential that exists for the new Sailor Moon anime debuting in 2013.

Coming to an end at four volumes is Shugo Chara Chan – the extra adorable spin-off series to Shugo Chara. This is your last chance to join Amu’s little guardians on their own magical adventures in this 4-part collection of comic strip stories. 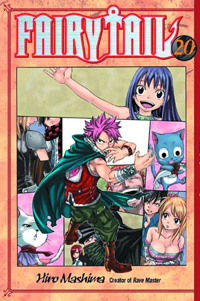 Where some end, more begin – Seven Seas has two brand new series debuting this week. The first, I Don’t Like You At All, Big Brother!!, is being released as a two-in-one so don’t let the price tag throw you off, you’re definitely getting your dollar’s worth in this one for page count. The story is about a girl named Takanashi Nao who has a huge crush on her big brother. When she learns she was adopted as a child, the road is open to pursue her feelings as far as she’s concerned, even if that means fighting past the competition. Her brother, on the other hand, can’t see her as anything but his little sister. I can only assume there’s going to be a serious case of the awkwards happening here. Or just bubbly semi-incest, who knows? This manga license for IDLYAABB (even its abbreviation is long!) came out on the cusp of the anime’s debut, so fans looking for more need look no further than Seven Seas. 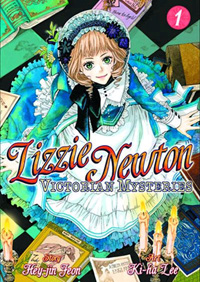 For those who enjoyed Seven Seas’ recent release of Young Miss Holmes, Lizzie Newton: Victorian Mysteries should be right up your alley. Another Victorian-era set story, Lizzie Newton follows its titular character, a young woman nicknamed Lizzie, who is an up and coming mystery novelist. Her family has other plans, however, planning to marry her off and see her become a proper lady within high society. Lizzie has bigger things on her mind, though, when a ‘suicide’ proves itself her first shot at solving a real mystery.

Onto Viz Media, whose hefty first-of-the-month shipping list hits us here in the second week of the month. We had to wait a couple extra days but with lots and lots to make it totally worthwhile. 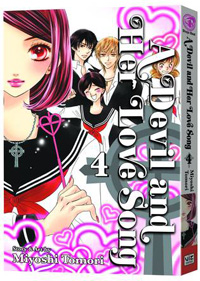 Having just gotten caught up on the third volume, I’m thrilled to see Devil & Her Love Song (Vol.04) is among this week’s titles. I really like Maria Kawai, a girl hated by her peers for her blunt attitude and trouble interacting with much in the way of social grace. While she and the artwork make it a real treat to read, I’m constantly left with the overwhelming urge to smack many of the other characters upside the head. What a bunch of two-faced jerks! The series says a lot about the layered parts of our personalities and the effects of peer pressure, especially in high school. It paints a pretty bleak picture but I look forward to following Maria through it. In this volume we get to see the outcome of her agreement to be the school’s scapegoat in a marketing strategy where they want to show the world they can change ‘devils into angels.’

My top pick of the week, though, goes to Kaze Hikaru (Vol.20). It’s been a year since we’ve seen the last volume, and while that doesn’t leave me very hopeful we’ll get to see the remaining 10+ volumes, I’m grateful for every minute there is to spend with these characters. The story follows a young woman who pretends to be a male so she can continue being a member of the Shinsengumi, fight for her country and stay close to the man she’s fallen in love with, the air-headed but still deadly focused, Okita Soji. The series sports a large and likable cast of characters as it goes through the different political and violent confrontations of the era. In this volume, Sei is asked to go undercover dressed as a girl when a picture of ‘him’ dressed up in a kimono is found by one of their superior officers. 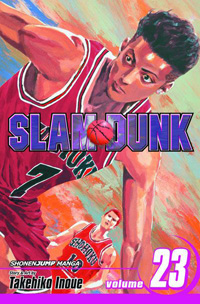 Viz Media is releasing one of my favorite manga series in handy, affordable boxsets, starting with part one this month—volumes 1-7 of Pokémon Adventures. If you’re a fan of the original video games, these books are for you. They follow the plot and characters pretty tightly while adding in their own dramatic spin. Trainers battle alongside their Pokémon and the stakes get just as high as the Pokémon get adorable and butt-kicking. This first set covers the story’s initial arc following the characters of Red and Blue who set off on their Pokémon journeys, train to defeat the Elite Four, elude Team Rocket and save the world. Gotta survive ’em all!

For something substantially more reality-grounded to mix things up, we have Slam Dunk (Vol.23) to look forward to. I’m not a big sports fan but you wouldn’t think so with how I cheer on these basketball players with an out loud shout and a white-knuckled grip on the pages sometimes. The Shohoku High team has finally made it to the Nationals but it doesn’t take long to see they’re a small fish in a very big, very competitive pond. To boost their rank they’ll need to show their strength against some of the toughest teams out there. They won’t have too long to wait, though, as they’re already up against previous years’ champions right from the get-go.

Having just seen the new Spider-Man movie, I’ve got a hankering for some more Stan Lee creations so Viz Media’s seventh volume of Ultimo comes perfectly timed to scratch that itch. Written by the well-known character powerhouse of Marvel, Ultimo takes a turn for the potentially apocalyptic as the day of the “Hundred Machine Funeral” is upon them. While all the different ‘puppets’ convene for this confrontation, the girl Yamato has been crushing on, Sayama, comes to realize she’s part of his past life as well. Color us readers not surprised but it’ll be interesting to see in what way she was involved and what it means for events to come.

Another series coming to an end this Wednesday is Yu-Gi-Oh! GX with the release of the ninth and final volume. As it’s the end, you can expect a big climactic duel to round things off and you won’t be disappointed in the last fight against Principal Mackenzie (who is still possessed!). Jaden continues through duel after duel to make it to the one that will finally put an end to this threat against the Duel Academy once and for all. Along with the series’ climax, you also get the extra Yu-Gi-Oh card inside as well – always a worthwhile bonus feature. My deck’s been getting a little rusty lately so hopefully this last volume’s card will pack an extra good punch! 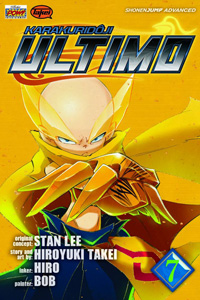 And finishing up this week’s towering stack of goodness is Vertical Inc with the fourth volume of GTO: 14 Days in Shonan. It boggles the mind the patience that Onizuka has for the troubled teens he helps out in this series, but that only makes it all the more apparent how special he is, and how important the work he does is. It’s an inspiring story, as well as one roaring with entertainment and humor. The usual troubled-teen story has a twist in this particular volume as Onizuka has to decide how to help a good kid who is put at risk by his devotion to a troubled family member.