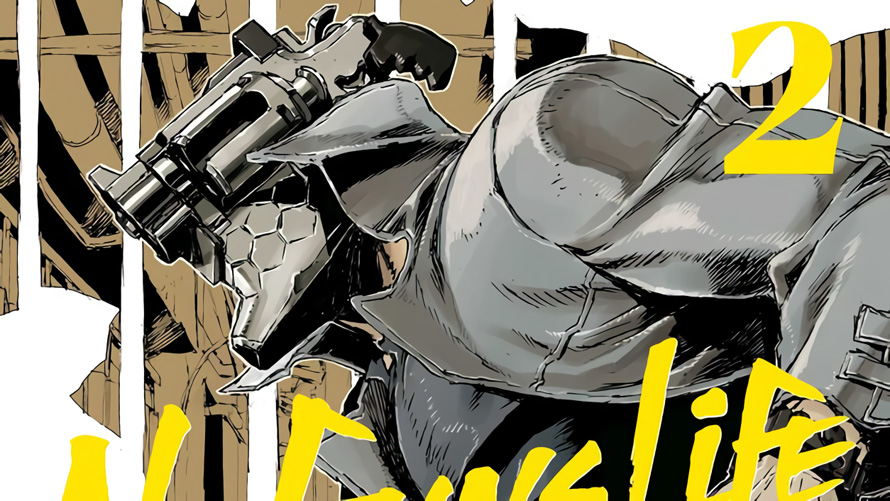 In No Guns Life’s cyberpunk future—which in 2019 is best explained as “socioeconomically just like today, but there are full-body cyborgs”—controlled by the Berühren Corporation, the Extended are people who have undergone body augmentation to become living weapons. But the war in which they fought is long over, and as the Extended rejoin society they run into problems with non-augmented folk. 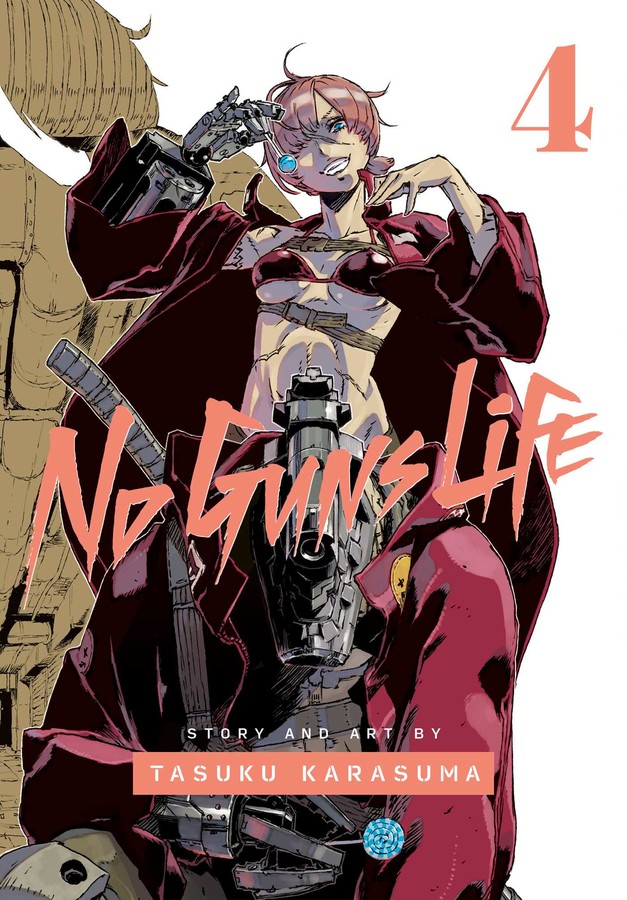 Veteran and private consultant Juzo “The Resolver” Inui is rather Over-Extended: in addition to being implanted with various bodily firearms, his head is a giant pistol revolver. A literal hired gun and a hardboiled, Raymond Chandler-inspired pulp hero, Inui says things like, “Booze and women make a man crazy,” while lamenting that the design of his gun head is such that it requires someone else to pull his trigger. Were Golgo 13 around, I’m sure he’d do so lovingly and softly if asked.

When a renegade Extended on the run leaves a young child in Inui’s care, “The Resolver” finds himself entangled with the Security Bureau, femmes fatale, underworld mechanics, mega-corporation executives, organized crime bosses, and all the other mainstays one might expect from a neo-noir sci-fi crime story in which a PI gets in way over his head. Not only does the boy, Tetsuro, possess unique power as a result of being a human test subject, he’s also the son of the CEO of Berühren. GEE, THANKS, DAD.

So begins the still-ongoing yarn by Tasuku Karasuma in all of its pure seinen glory. Shonen Jump is nice, but it’s good to see the Viz Signature line awaken from near-dormancy to release this as well as several other noteworthy titles. By the time you read this, the anime adaptation of No Guns Life from Madhouse will be out in English-language release, no doubt a critical factor in Viz’s decision to publish the first-rate manga that inspired it. Recommended.