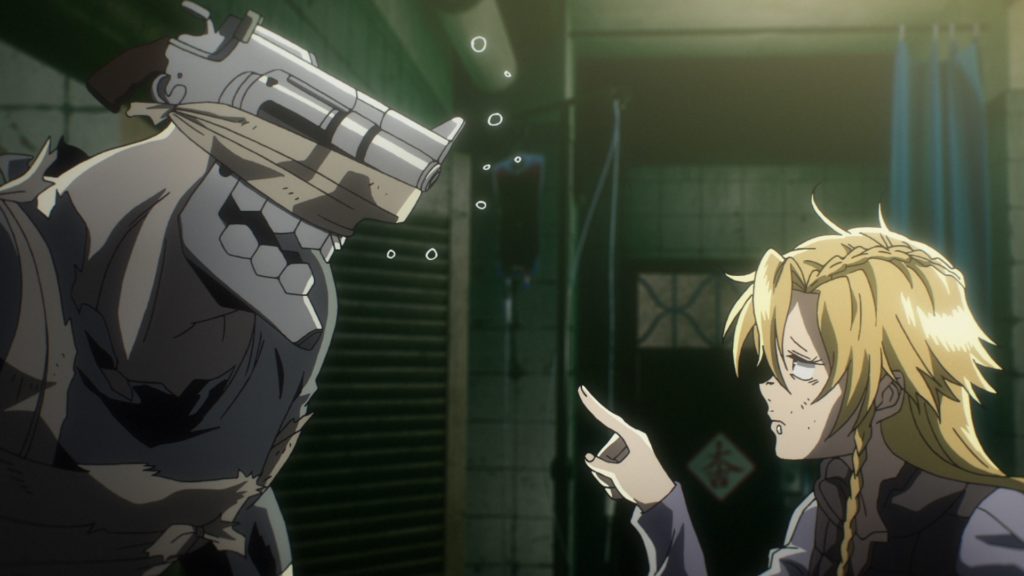 The second half of No Guns Life, the anime adaptation of the manga by Tasuku Karasuma, was set to hit screens in April before COVID-19 got in the way.

The pandemic put the brakes on production, but now it’s back underway, and the series will resume from July.

The first 12 episodes of the series aired from October to December of last year. The show will run 24 episodes in total.

Episodes 13-24 will feature new opening and ending theme songs: “Chaos Drifters” by SawanoHiroyuki[nZk] and Jean-Ken Johnny, and “new world” by This Is Japan, respectively.

Here’s how Amazon describes the series:

Juzo Inui awakens as an Extended, a cyborg human soldier. Unsure of how he became altered, he takes to the dark city streets as a Resolver, hoping to find the answers to his burning questions.

You can read our review of the No Guns Life manga here.