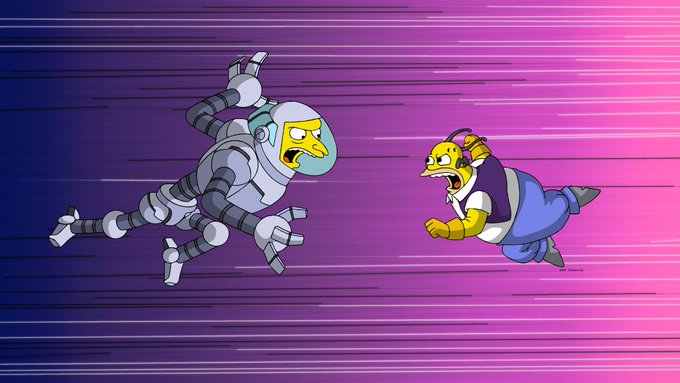 The Simpson’s new Treehouse of Horror included a segment called “Into the Homerverse,” where Homer accidentally makes a tear in the space-time continuum while trying to get Halloween candy out of a strange machine at the power plant. Homers from other universes show up, including Film Noir Homer, Hanna-Barbera Homer, Disney Princess Homer . . . and anime Homer.

The Anime Homer greets everyone with a “Konnichiwa” and is soon causing chaos with the other Homers, including eating all the food out of restaurants except the salad. At one point, while Disney Princess Homer is singing, Anime Homer is surrounded by Hayao Miyazaki’s soot sprites (which Marge quickly vacuums up).

Later the Homers meet up with versions of Mr. Burns from different universes, including a Mr. Burns Bowser and a Mecha Burns.

New and improved enemies — available in assorted styles, now with more evil than ever. 😈 pic.twitter.com/MbiXf1q5fu

The Mecha Burns gets into a fight with Anime Homer.

The Simpsons have previously spoofed anime, including Treehouse of Horror XXV, where the whole family got animated as anime characters from the likes of One Piece, Bleach and Naruto.

the simpsons 5treehouse of horror 1 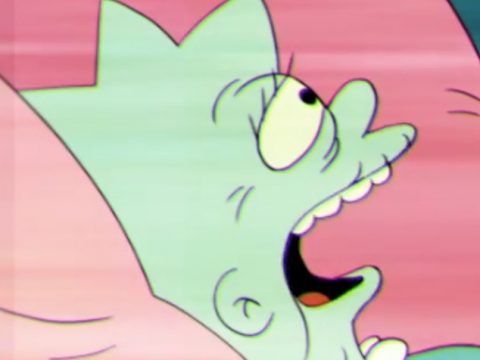 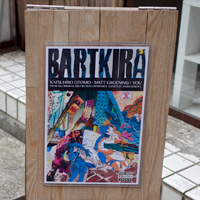 Akira meets The Simpsons, for charity 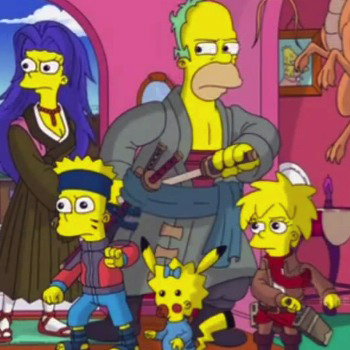 Popular Anime Parodied on The Simpsons

KAGUYA-SAMA OP Singer Airi Suzuki Dances to ED While Cosplaying
Getter Robo Is Returning — We’re Getting You Caught Up!