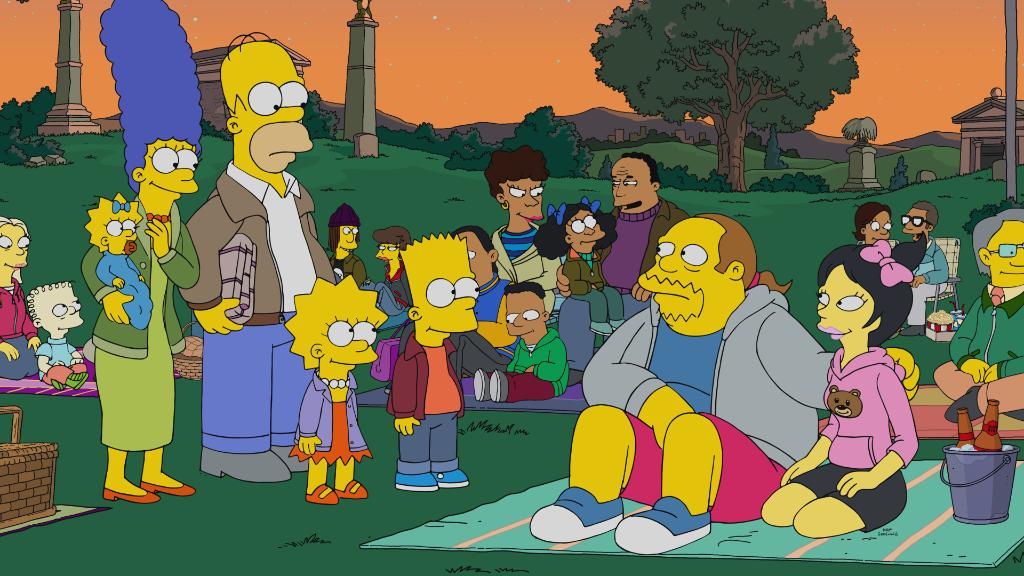 Last night The Simpsons played a new episode titled “The Dad Feelings-Limited” that included references to anime. Comic Book Guy and his wife, the mangaka Kumiko, start hanging out with Homer and Marge, doing trivia and eating ramen with them. (And if you look closely, there’s a sushi reference.)

Someone make Ramen Coma into a real restaurant @TheSimpsons pic.twitter.com/r9exTPuipz

This food truck you can't quite see is "Nashville Hot Sushi" pic.twitter.com/ogitHQiHs3

At one point the episode does a contrast between Homer and Marge’s stressful life taking care of three kids and Comic Book Guy and Kumiko’s freedom to do what they want. Part of that freedom is indulging in geeky pastimes, and it shows them going to a Miyazaki Marathon. While there, we can see them watching Totoro.

Miyazaki played a big role in the 2014 episode Married to the Blob, which introduced Kumiko. In it, Kumiko’s father is upset about her dating Comic Book Guy, but Homer tries to cheer him up at a Japanese bar. Then both he and Papa-san drunkenly stagger out into a Miyazaki world.

The Simpsons also used anime themes in their most recent Treehouse of Horror. 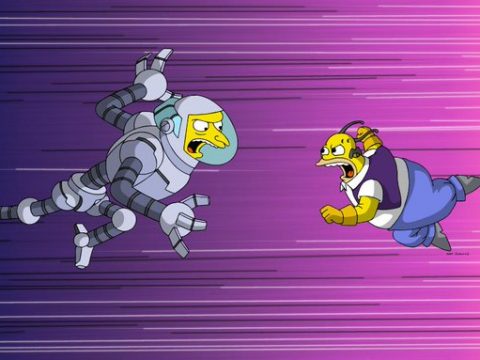