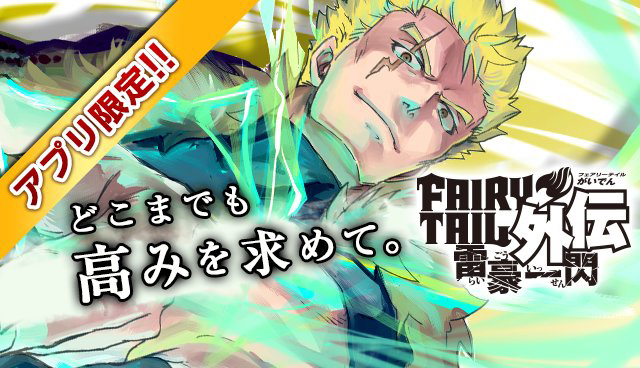 Fairy Tail fans certainly do not suffer for new content.

Raigō Issen follows Fairy Tail character Laxus Dreyar and is written by Kyota Shibano, who also authored the Fairy Tail spinoff Twin Dragons of Sabertooth, which Kodansha will publish in English this fall.
Hiro Mashima, the creator of Fairy Tail, doesn’t seem to be highly involved in these spinoffs.

Have you had a look at these Fairy Tail Gaiden comics, guys? Are they worth reading, or is it a case of quantity over quality for the Fairy Tailverse?