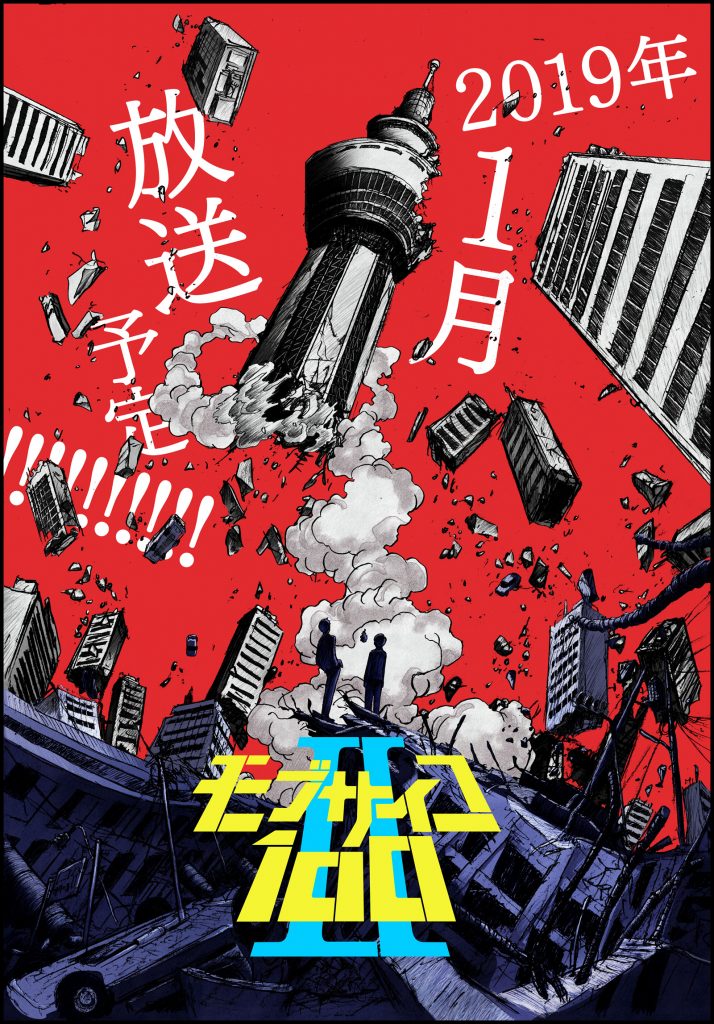 If you’re hyped for the second season of the Mob Psycho 100 anime and plan to be anywhere near New York City next month, you’ll be able to catch the first episode a couple months before its broadcast debut. The world premiere of Mob Psycho 100 II is officially going down at this year’s Anime NYC on Saturday, November 17, and Mob voice actor Setsuo Ito will be in attendance for the event.

There will also be a Psycho Helmet Gathering in NYC on Friday, November 16, and Setsuo Ito will be available for signings and photo ops over the weekend. Here’s more on his schedule from the official Anime NYC page:

MOB PSYCHO 100: Psycho Helmet Gathering in NYC
The Psycho Helmet gathering is happening in New York! Mob Psycho 100 II is just around the corner but before you dive back into the world of spirits and such, let’s take a look back at the first season with our special guest from Japan… the Japanese voice of Mob – Setsuo Ito! Be the first to catch new information on the second season, too, including special announcements. Are you coming to the gathering? That’s the right decision!
– Friday, Nov 16 – 8:00 PM to 9:00 PM – Panel Room 1

MOB PSYCHO 100 II: World Premiere Screening
Are you ready for a brand-new episode of Mob Psycho 100!? Come and join us for the world premiere screening of Mob Psycho 100 II with a guest from Japan… the Japanese voice of Mob – Setsuo Ito! Claim your free giveaways, watch exclusive comment videos from cast and creators, and don’t miss your chance to win super special prizes!!!
– Saturday, Nov 17 – 1:00 PM to 2:30 PM – Panel Room 1