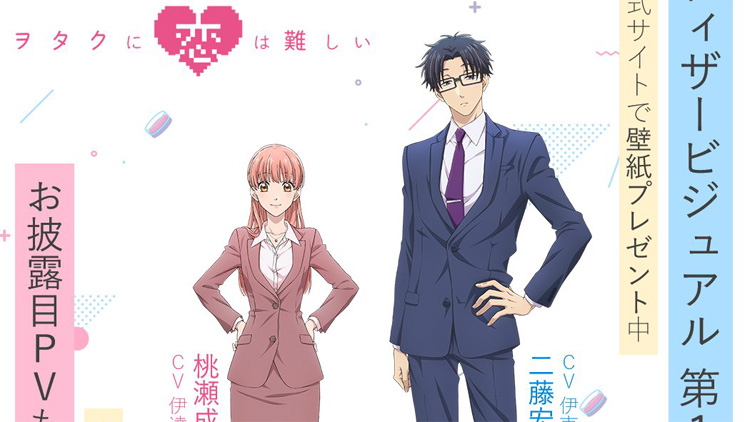 Otaku ni Koi wa Muzukashii (“Love is Hard for Otaku”), an award-winning manga about the trials and tribulations of otaku love, is getting an anime adaptation this April.

The series will be animated at A-1 Pictures, and star Arisa Date, Kent Ito, Tomokazu Sugita, Miyuki Sawashiro, Yuki Kaji and Aoi Yuki.

The series tells the tale of two former middle school classmates, a gaming otaku and a fujoshi, who work for the same company and end up dating. It’s described as a “love comedy about the mysterious love between two otaku.”

The original manga, by Fujita, was initially a Pixiv-based web comic before moving to print in 2015. There are currently four volumes of the manga, which was singled out for female readers as the manga of the year by a popular guide in 2015.