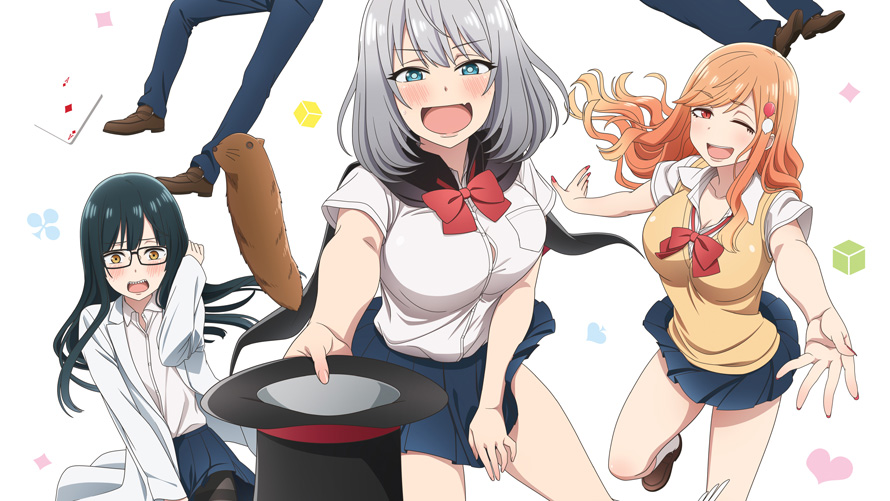 Meet us in the Fun Magic Club Room right after school for a look at the ridiculously fun Magical Sempai!

It’s all fun and games until someone loses their lunch, and when the previously anonymous, newly christened Assistant (voiced by Aoi Ichikawa), an ordinary high school student in search of extracurricular activities, wanders into the “Fun Magic Club Room” (actually an unused room adjacent to the high school chemistry lab), he meets Sempai (voiced by Kaede Hondo), a buxom young lady obsessed with the craft of illusion and sleight of hand. Sempai puts on a show of badly mangled stage magic for her audience of one, throws up out of sheer nervousness, and arbitrarily decides that Assistant is her new on-stage and off-stage helper, so the two of them embark on an impromptu journey through the mystic performing arts. Alakazam! Abracadabra! It’s Magical Sempai, a 2019 TV anime based on the humorous and raunchy four-panel seinen manga by Azu.

Now You See It…

Directed by Fumiaki Usui and featuring animation production by Liden Films, Magical Sempai is a show with two recurring gags: (1) Although she is actually quite talented and hard working when it comes to the craft of prestidigitation, Sempai suffers from crippling stage fright, and she always screws up when she performs in front of an audience. (2) Horniness ensues. At first, I wasn’t convinced that either gag would have the legs to last for the length of a short format anime episode (each episode of Magical Sempai is a brisk 12 minutes long), much less an entire anime season, but after only a single episode, the rapid-fire comic timing of Magical Sempai bedazzled me, and I was hooked. 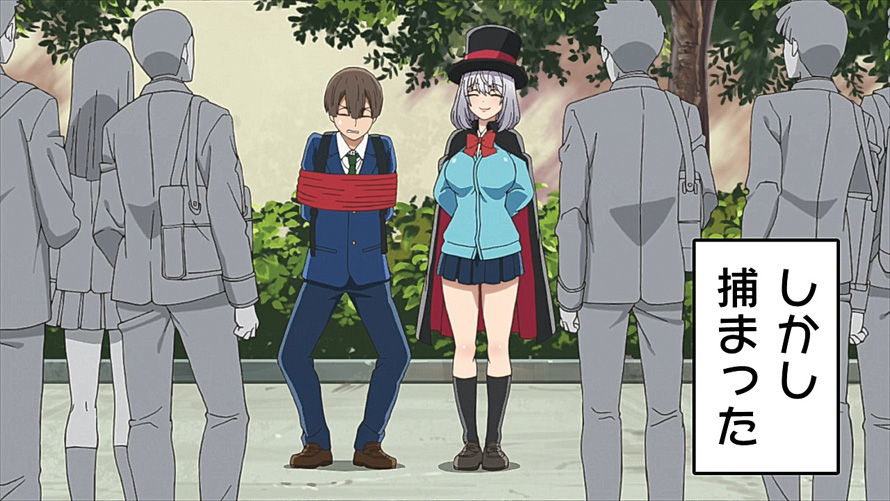 When the writing, the pacing, the animation, and the voice acting are firing on all cylinders, Magical Sempai is a hilarious little show, combining slapstick, bawdy humor, understatement, and over-exaggeration in a recipe for explosive laughs. The friction between Sempai and Assistant is the primary source for most of the comedy. Assistant is required by his high school curriculum to join an after-school club, but he’d rather just relax and play video games on his portable game console as a club member in name only. Sempai, on the other hand, is obsessed with rebuilding the “Fun Magic Club,” which has dwindled down to just her after the previous batch of club members graduated. She’ll stop at nothing to rope the indifferent Assistant into the “Fun Magic Club,” but—aside from eye candy—she has very little to offer. Sempai is also bossy, domineering, and overconfident, so hilarity results when it’s revealed that Assistant has a natural knack for stage magic and none of Sempai’s hang-ups about performing in front of a crowd.

The fundamentally antagonistic relationship between Sempai and Assistant also leads to some pretty amusing sight gags. For example, in one scene after Sempai annoys Assistant beyond all reason, he refuses to help her escape from a locked box trick. Assistant’s refusal acts as the punchline for that scene, but the very next scene features a nonchalant shot where the camera tracks across the trick escape box, which now features bent and broken hinges and the lid laying at a weird angle, implying that Sempai kicked her way out between scenes. Later, Assistant attempts to help Sempai overcome her stage-fright with a breakneck series of increasingly audience-like test subjects: a cicada husk, a live cicada, a scarecrow balloon, a ceiling tile with a stain in the shape of a vaguely human face, etc. The joke zips by fast and just keeps on going, and Magical Sempai peaks with this style of humor. 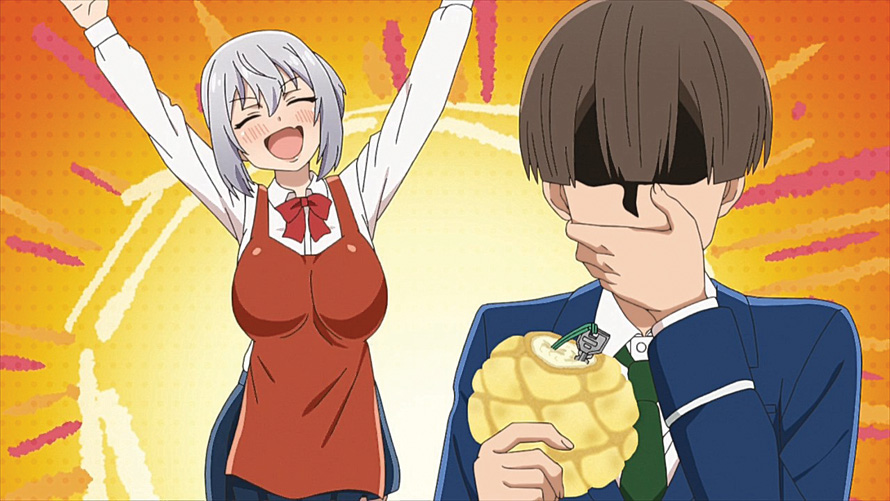 Speaking of Masashi (who is voiced by Daisuke Namikawa), it’s rare in anime to find a fat character that isn’t solely the butt of jokes about their weight. While Magical Sempai does poke fun at Masashi being chubby once or twice, he’s not depicted as being foolish, slovenly, or gross. Instead, like Assistant, Masashi plays the straight man to the nonsensical antics of Sempai and his elder sister, Saki (voiced by Eri Kitamura). More often than not Masashi is portrayed as a laid-back, soft-spoken guy with a talent for balloon animals and mesmerism. Even when the “Fun Magic Club” hits the school pool or the beach, Masashi is along for the ride, and no one attempts to shame him for being fat. Masashi is just Masashi, and that’s the sort of body positivity that I don’t often encounter in the medium of anime, where the main characters are almost universally slim. It’s a welcome and refreshing sight to see some love and respect for fat characters, and that’s not the sort of subject matter that I’d expect to write about in reference to a raunchy sex comedy. 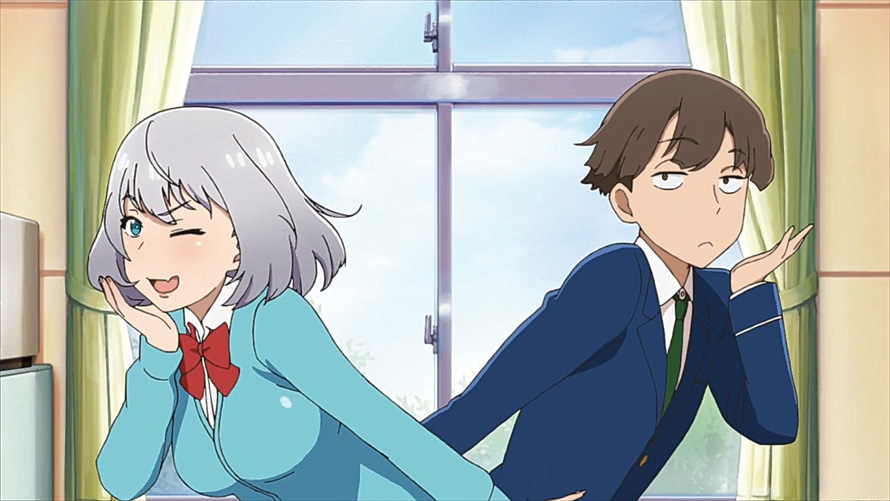 Bright, bouncy, and just a little bit “blue,” Magical Sempai is easy on the eyes and—thanks to its half-length episodes—it never overstays its welcome. If you don’t like one joke, just wait a moment and another one may tickle your funny bone. If you’re in the mood for some light entertainment with an ecchi twist, the entire broadcast run of Magical Sempai is available on Crunchyroll, and if you still need a little more magic in your life, an English language version of the original manga is also available from Kodansha Comics. Check it out, and you may just find that—with the wave of a magic wand and a few carefully chosen arcane phrases—your gloominess will disappear as if by magic.

Magical Sempai is now available to stream on Crunchyroll. 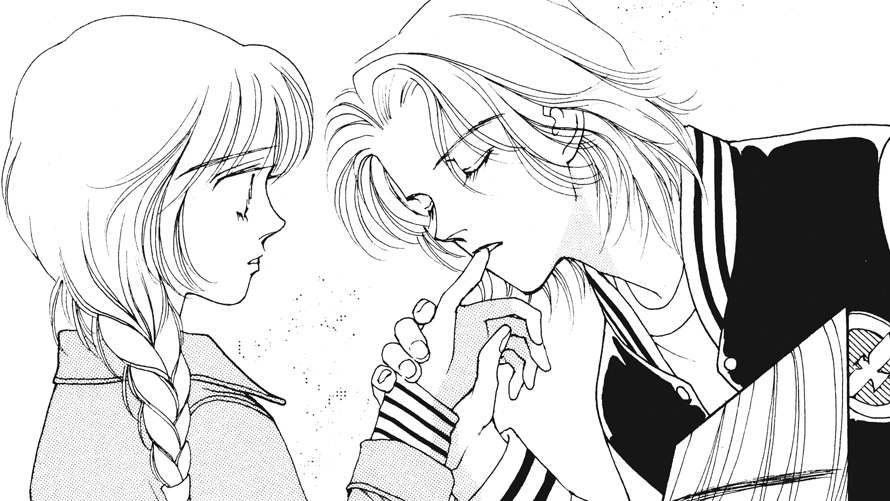 KAGUYA-SAMA: LOVE IS WAR Season 2 Arrives on April 11
Dragon Ball Z Abridged Team Dives into the Making of the Series