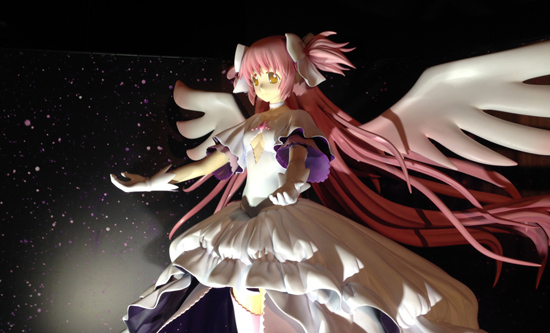 Puella Magi Madoka Magica was one of the biggest anime series of 2011. The enormous popularity of the series has sparked numerous tie-ins, merchandise, and events since the show originally ended in May 2011. The wave of “Mado-Magi” continues in Japan with the release of Puella Magi Madoka Magica: Rebellion, a brand new feature-length film which features a new conclusion for the popular TV series.

In conjunction with this new film, various events related to the property have taken place in Japan. One is the “Madoka Magica Storyboard Exhibition,” which took place at Roppongi Hills Tower in Tokyo from October 19th through November 4th.

Storyboard exhibitions have become common in recent years, with popular anime shows such as Evangelion and Attack On Titan displaying original concept art and storyboards. The Madoka Magica exhibition proudly displayed over three hundred items for its exhibition, which were originally used for the two compilation films released in 2012. 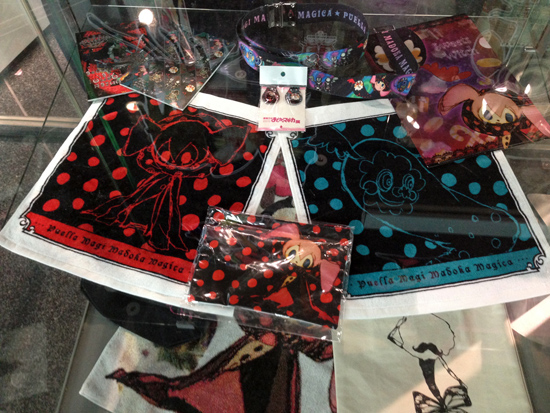 The exhibition was spread across four distinct rooms, placed throughout the Roppongi Hills Tower’s observation deck on the fifty-second floor. A popular dating location, the exhibition placed Madoka and her companions up against the beautiful skyline of Tokyo.

Each of the four rooms had a specific theme, the first room concerning itself with the opening animation sequence of the Madoka Magica films. After walking through the mouth of the infamous witch who devoured Mami in the third episode, visitors were greeted with a myriad of familiar paintings – the backgrounds used for the iconic witch environments the girls do battle in. The witch environments are notable for being in a different style from Ume Aoki’s cute character designs; they have a much more classical and freakish feel to them, with textile patterns and moustache-wearing cotton ball-like creatures walking about. The room showed off the planning and concepts of various witches and their nightmare-inducing worlds.

The next rooms were each devoted to each of the six main characters in Madoka Magica: Kyubey, Mami, Madoka, Homura, Sayaka, and Kyoko. Each room had a wall dedicated to each character and storyboards for the transformation scenes and other key sequences. Sayaka’s panel showed off concepts for her transformation into a witch, and the Mami panel, of course, had storyboards of her iconic death scene in episode three. The Homura/Madoka room featured the centerpiece of the exhibition: an enormous figurine of Madoka from the last episode in her “ultimate” form. Also of interest was the transformation sequence “flip books” visitors could look through – each character had a stack of paper with sketches of their transformations, which when flipped through looked as if they were moving, much like what animators actually use when sketching a sequence together. 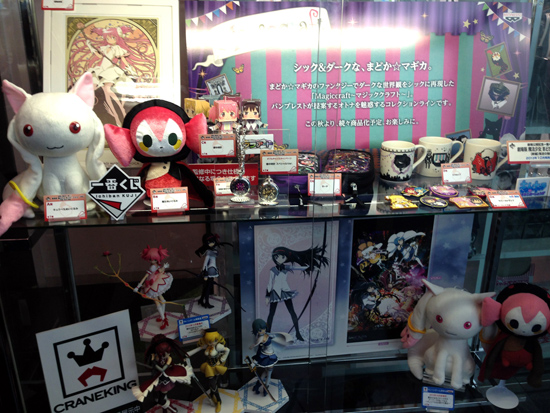 After the final room, guests entered the cafe area of the observation deck, which was decorated with Madoka Magica all over, with flags of each of the main characters and posters of the two previous films from various countries. Music from the show played in the background, and the trailer for the new film was projected on the one of the walls. The room featured large figurines of all the main characters, and the cafe offered various Madoka Magica-themed food and drinks, like Madoka strawberry milk. Visitors were of course greeted by an official gift shop on the way out, which was opened in conjunction with the exhibition. The shop carried an assortment of merchandise, everything from t-shirts to mug cups to figures.

Compared to other storyboard exhibitions, the Madoka Magica exhibition was a bit small and compact (the Evangelion exhibition earlier this year in Ginza boasted 1,300 pieces of art), but due to its focus on characters, the exhibition was fairly straightforward and easy to navigate. While showing only a glimpse of what goes on into making an anime film, the exhibition provided special insight into the magic that brings Madoka and her friends to life, all the while set to one of the most beautiful views of the Tokyo skyline. 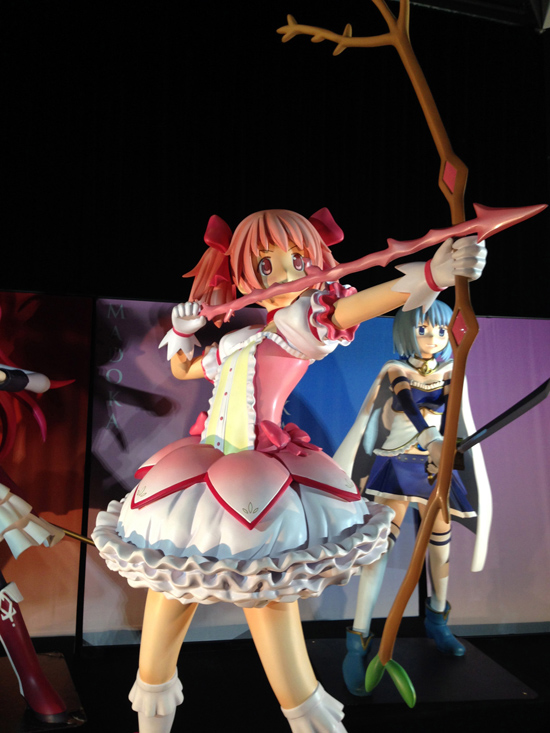 Hayao Miyazaki Retirement Lasts Two Months
Evangelion 3.0 to Screen in US and Canada in 2014