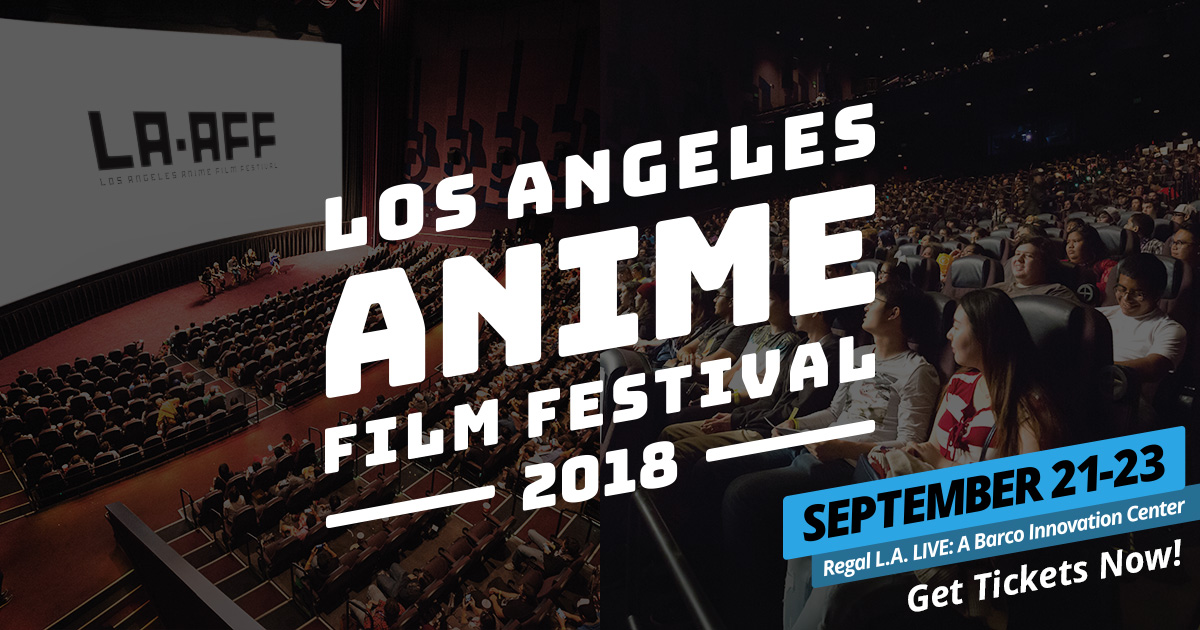 The ceremony will take place on the opening night of the festival, September 21, and feature the following categories:

The awards will be presented with website Behind the Voice Actors, where the nominee list will be posted September 10.

The opening night of the festival will also include a red carpet event hosted by voice actors Bryce Papenbrook (Attack on Titan) and David Vincent (Bleach) which can be streamed online.

Throughout the festival, which takes place from September 21-23, the following films will be screened:

Love, Chunibyo and Other Delusions – Take On Me
SHONEN HOLLYWOOD -HOLLY STAGE FOR YOU- Complete Edition
KING OF PRISM -PRIDE the HERO-
KING OF PRISM by PrettyRhythm
Your Name
The Night is Short, Walk On Girl
Lu Over the Wall
Mind Game
Mary and The Witch’s Flower
Princess Kaguya
My Neighbors the Yamadas
Pom Poko
Grave of the Fireflies
Only Yesterday

Who would you like to see win the English dub awards?