[Review] your name. Anime Film is a Real Crowd-Pleaser 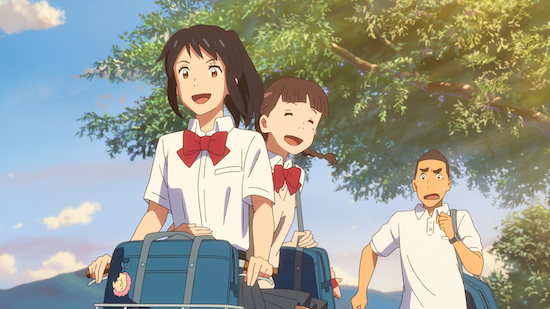 At this point you’ve probably heard a lot about your name. (Kimi no Na wa.), the latest anime film from director Makoto Shinkai (5 Centimeters per Second, The Garden of Words). I won’t spend too much time breaking down its substantial impact, but in case you missed it, it’s currently the fourth highest-grossing film of all time in Japan, as well as the second highest-grossing Japanese movie and the second-ranked anime film. (While it technically beat Spirited Away worldwide, it still comes in second in domestic gross.)

Look at me! I said I wouldn’t get into this but I just can’t help it. Hype has swirled around your name. since its debut in Japan last summer. Combine that with the occasional vocal backlash—sometimes from notable industry veterans like Toshio “Otaking” Okada—and you have a recipe for preconceived notions. After finally watching your name. ahead of the April 7 US theatrical debut, however, I fully understand its success. 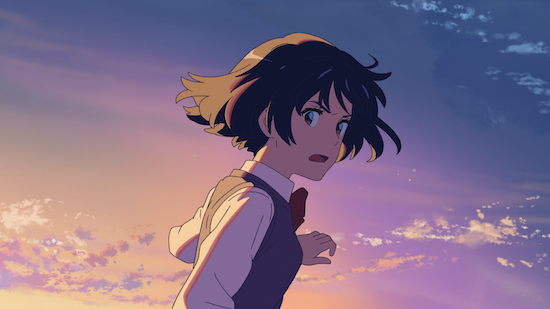 The setup of your name. is pretty simple: Mitsuha, a young girl from a rural town, finds herself swapping bodies with Taki, a boy who lives in Tokyo. It’s not just a one-off event either. These switches hit unexpectedly; one moment they’re going to sleep and the next they’re waking up in the shell of the other. The curiosities of the body obviously rear their head right out of the gate, but the real puzzle is figuring out who this person they’re inhabiting really is. Who are their friends? Where do they go to school, and what do they do each day after the bell rings?

Once they both become more aware of what’s happening, they begin to work together to solve this body-hopping puzzle. They leave each other notes, write in their phone diaries, and gradually get to know one another despite the fact that they never cross paths. All the while their story is told with the type of refined, gorgeously lush animation for which Shinkai is known. Every little detail is stunning, to the point where it becomes one of those “why isn’t this live-action again?” films. Yes, it is at times almost slavishly realistic, but just when you start to lean on that notion Shinkai and his crew interject with a particularly stylish dramatic beat. 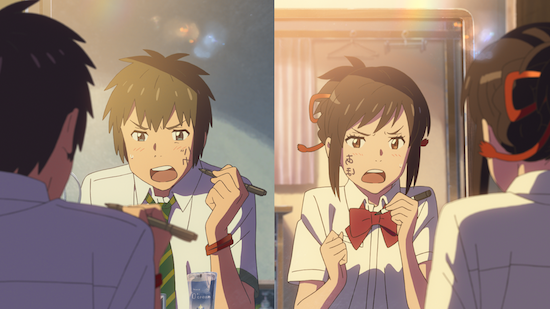 Mitsuha and Taki’s personalities and bodies may be at the center of their swap, but your name. is even better at drawing a distinct line between life in the country and life in the city. When Mitsuha (as Taki) first steps into the crowded streets of Tokyo, the results are an impressively close representation of what that actually feels like. Not just relative to Tokyo, but big cities in general. Mitsuha is instantly swept away in the non-stop bustle, a full 180 from the ritual tranquility of the country. Luckily for her, she falls into the category of people who have been dreaming about the city since they were little. To her it’s more awe-inspiring than overwhelming.

One of the most beautifully animated portions, briefly straying stylistically from the rest of the film, comes at around the halfway point, when we start digging more deeply into Mitsuha’s side of the story. I don’t want to dig much further into that, however, because as far as I can tell the official synopses don’t touch on the more interesting aspects of the narrative. I’ll just say there’s a turning point that, much like the comet that alters the fate of our leads, steers the film further away from what would otherwise be a rote romantic drama. 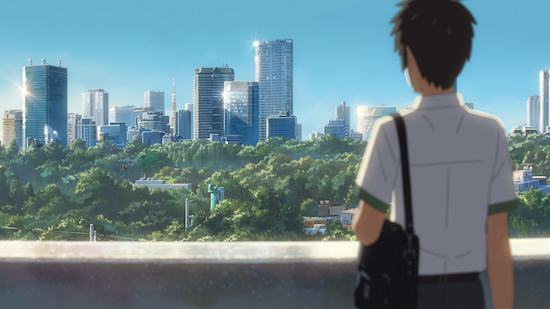 your name. is as successful as it is because it’s a crowd-pleaser through and through. It knows when to hit the right highs and when to dive to the darker levels below. One could look at this cynically and treat it more like an order at Coldstone Creamery than a movie—Shinkai definitely orders his ice cream “Gotta Have It” size—or you could just see it as Shinkai approaching the top of his game. I’m going to choose the latter path, because I just plain enjoyed watching the movie from beginning to end.

From time to time your name. seems a little too pristine. The fact that this is the main complaint I took away from the film—that its music cues are too neat, its crescendos too telegraphed, and its lead characters far too perfectly imperfect—makes it sound like the most Makoto Shinkai movie ever. At its worst your name. shows its gargantuan magician’s mitt while manipulating your emotions with ease. At its best your name. is about the heartbreaking nature of dreams; how fleeting they are, and how you have to hold onto them with a vigorous grip before they disappear. your name. is at its best more often than not. 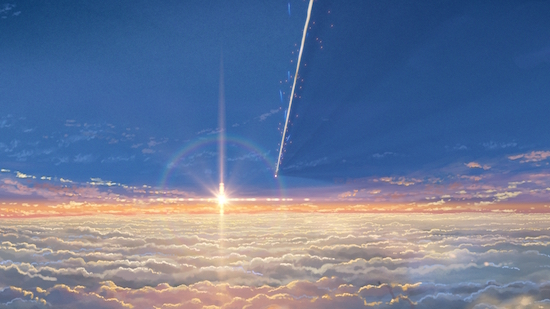 Before I hop out of here, I should mention that I watched the movie in its original Japanese language, but I also checked out the English dubbed version. The dub cast members do a fine job in their roles, but I found it strange that they felt the need to have RADWIMPS redo their music. The original songs from your name. are as well-known as the movie itself to those who have seen it, and the English lyrics—so closely matched to the rhythm of the Japanese versions—can be jarring at times. Other than that, you’ll be good to go regardless of which version you see in theaters.

your name. opens in US theaters on Friday, April 7. You can see if it’s playing near you and grab tickets via the official website.