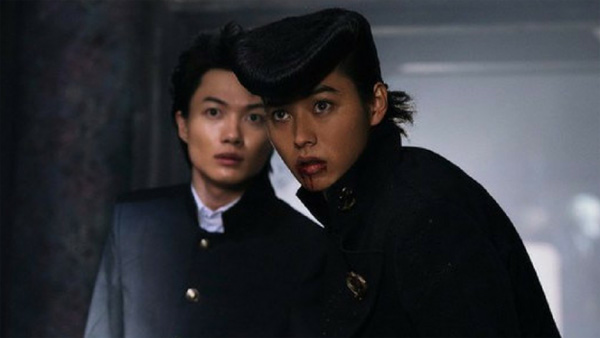 I’ve seen things you people wouldn’t believe: teen idols and bright yellow blobs failing to act their way out of a paper bag in Assassination’s Classroom. ERASED, a film I wish someone would’ve had the sense to do with as its title suggests. Shun Oguri miscast more times than I can count (and I didn’t even bother with Gintama).

But let it be known: the film that finally caused me to swear off live-action manga adaptations for good is JoJo’s Bizarre Adventure: Diamond is Unbreakable: Part 1. 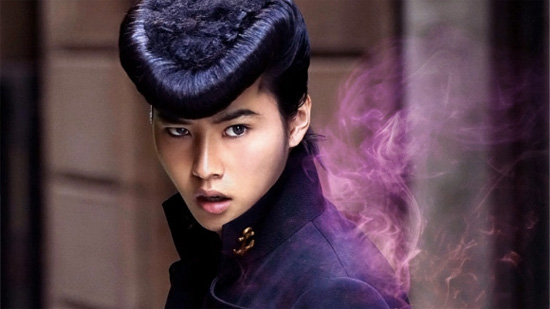 Life’s too short, man. For every good live-action manga movie that, through some miracle, ends up being good, there are about 10 that cast a popular singer, model or other variety of talento (one of Japan’s most ironic pieces of waseigo), throw him or her in cosplay and call it a day. It’s enough to make a cynical critic think these films are nothing but cash grabs (that much is pretty obvious, actually).

What’s worse, JoJo’s Bizarre Adventure actually had potential. It was helmed by Takashi Miike, who’s directed some of my favorite films, including the over-the-top Dead or Alive trilogy. And it’s based on one of the most beloved arcs of JoJo’s, Diamond is Unbreakable.

Diamond is Unbreakable was chosen, ostensibly, because unlike other parts of JoJo’s, the setting and most of the characters are Japanese. The peaceful town of Morioh is widely known to be based on Sendai in northern Japan. In the first of many strange directorial decisions, though, the film was shot in Sitges, Spain, a city that no amount of set decoration can make look remotely Japanese.

It’s not the only thing about this film that feels, for lack of a better word, bizarre.

Take the pacing. The first few chapters of the Diamond is Unbreakable manga introduce high schooler Josuke Higashikata, the illegitimate child of Joseph Joestar, the main character of an earlier JoJo’s arc. Like his father, Josuke can use a Stand, a supernatural manifestation of its user’s fighting spirit.

As the story begins, Josuke meets another JoJo, Jotaro Kujo, learns about his Stand powers, defeats his first foe, Angelo, and discovers the bow and arrow that can transform normal people into Stand users which becomes the series’ MacGuffin. 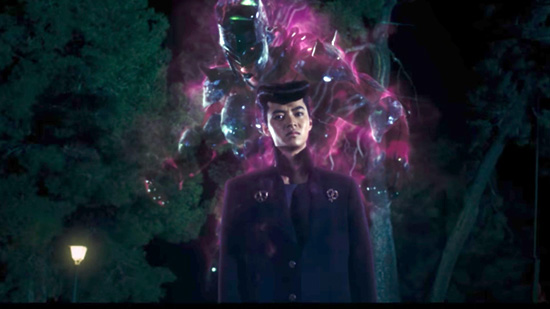 The story up to this point takes up two of the manga’s 19 volumes (and five of the anime’s 39 episodes) — and the entire two-hour runtime of the live-action film. Some live-action adaptations are criticized for rushing through an entire manga in two hours, but this takes things to the other extreme — plodding feels like too speedy a word.

And it’s not just boring — it’s bad storytelling. Cutting so closely to the original story means virtually none of the plot threads introduced reach any kind of conclusion (the story of Yukako Yamagishi, the love interest of Koichi Hirose, suffers the most — because we never get to the meat of her story, her flirtation with Koichi in the film makes absolutely no sense). Yes, this film is technically titled Part 1 — and if the series continues and sticks with this pacing, it’ll finish after about eight more. As Josuke would say: great.

But while the film might be painfully faithful to the manga in terms of what happens, it feels bizarrely divergent otherwise. One reason might be the color palette — while Hirohiko Araki paints Diamond is Unbreakable in bright primary colors, Miike uses a dark, sickly-yellow color palette that makes everyone look like they have jaundice.

Strange setting, bad pacing and gross color palette aside, here’s the biggest sin JoJo’s Bizarre Adventure: Diamond is Unbreakable: Part 1 makes against its source material: it’s not any fun. Miike and co. go through the motions, delivering one more middling manga movie onto the market.

Matt Schley is OUSA’s man in Japan. Go on, send him a tweet.