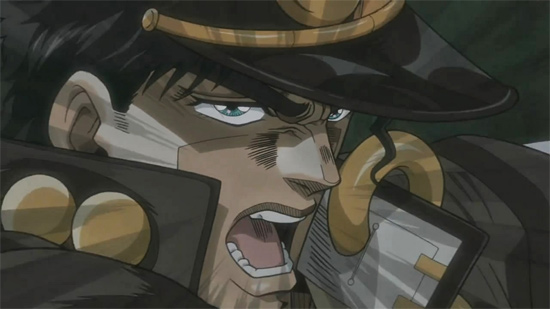 Daisuke Ono is a Japanese voice actor known for his roles in countless anime series, video games and more, including Erwin in Attack on Titan, Susumu Kodai in Space Battleship Yamato 2199, and most recently Jotaro Kujo in the currently airing Jojo’s Bizarre Adventure: Stardust Crusaders TV series. Anime! Anime! recently conducted an interview with Ono about his role as Jotaro, and the ways Jojo’s ended up shaping his life and career. Let’s check it out. 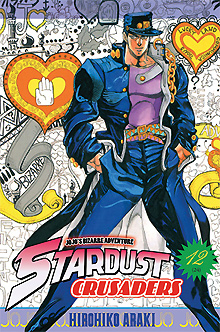 Ono’s first encounter with Jojo’s came in middle school, when Part 3 of the manga — Stardust Crusaders — was running. It wasn’t until he went off to college, however, that he realized just how powerful Jojo’s truly was.

“I had a lot of free time as a college student, and I ended up getting totally sucked into Jojo’s, to the point where I spent what little money I had on the whole series up that point. And then during the course of my going to school, as I read it over and over again, I realized everything I needed to live my life was in that comic.”

A big part of that realization was the rather adult nature of Jojo’s, which mixes horror and suspense elements in a bid to live up to the Bizarre part of its title, and, at least according to Ono, became even more satisfying when viewed through the eyes of an adult.

“As I started to understand the little subtleties and quirks of life, as I experienced doubt, confusion and frustration and accumulated life experience, I found more and more things in Jojo’s that resonated and stayed with me,” Ono said.

Ultimately, Jojo’s was part of the reason he decided to enter the world of broadcasting, and part of how he found success. Ono found himself frustrated with weak communication skills, unable to get others interested in what he had to offer professionally, and floundering in general. It was during this period of his life that he encountered Jojo’s again, discovered a love for radio, and met common friends who would shape the rest of his life. 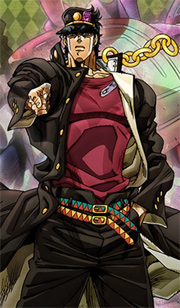 “The people I work with, my closest friends and acquaintances who I see on a daily basis, are all huge Jojo’s fans. In a way, reading Jojo’s pointed the way forward during the time of my life when I most felt frustrated and unsure of what to do next.”
An inspiring story, but how did he feel about getting the chance to play Jotaro Kujo, one of the most iconic characters in manga and anime history?

“Well, Jotaro’s a representative character of the series, and from the part that I think most people are aware of in general, so I felt a lot of pressure at first, followed by more pressure, culminating in… really, it was just all pressure.”

There were also a few questions asked about the audition process for the Jojo’s Bizarre Adventure: All Star Battle video game, which Ono also played Jotaro in. As is often the case in these kinds of situations, the audition process for the Stardust Crusaders TV series was completely separate from that of the game, and Ono found himself having to re-audition for Jotaro all the way from square one. It all ended up working out in the end, though.

“Jotaro is a character who’s cool and collected and on the verge of boiling over all at the same time. He takes those two contradictory elements and makes them work together at a high level,” Ono said. “He’s a guy who’s cool on the surface, but deep down inside he’s white-hot.”