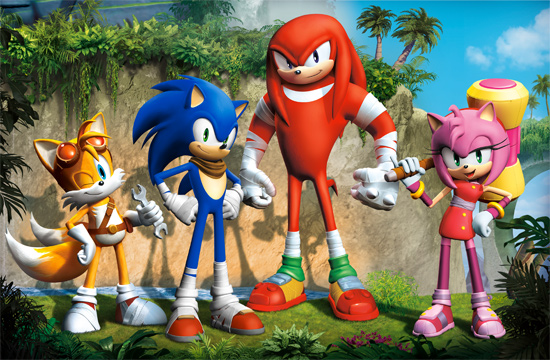 A promotional image from the new Sonic series Sonic Boom.

For a character known for his speed, it’s taken Sonic a while to hit the big screen.

He’s coming, though, apparently, thanks to Sony and producer Neal Moritz, who’s developing the script to the live-action/CG hybrid film (yeah, one of those) with screenwriters Evan Susser and Van Robichaux (Upright Citizens Brigade).

That’s in addition to the news last year that a new Sonic CG cartoon, Sonic Boom, would be premiering this fall on Cartoon Network.

Said Columbia Pictures president of production Hannah Minghella, “There are limitless stories to tell with a character like Sonic the Hedgehog and a built-in international fan base,” to which we immediately thought, “really?” 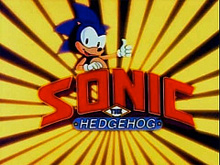 Nothing against Sonic, but is there any demand out there – like, whatsoever – for a theatrical film about him? Sonic was hot in the mid-90s, when he emerged as a hipper, faster alternative to Mario – and when the games were actually good. At the peak of Sonic’s popularity, there were even, confusingly, two animated series running concurrently.

It’s been years, though, since there was a highly acclaimed Sonic game, and the character himself has been largely relegated to a bonus character in, yes, Nintendo games. How the mighty have fallen.

Who knows? Maybe this film – and the show – will return Sonic to his former glory. But we’re not holding our breath.