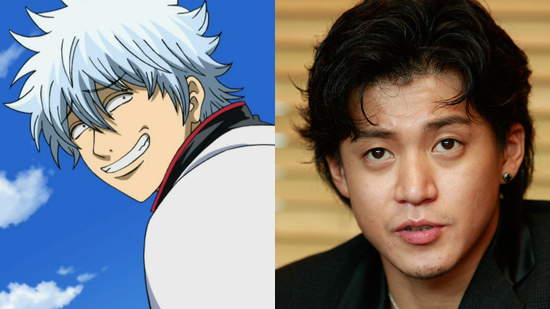 Rumors have been swirling on this one for the last few weeks, but with an official announcement, it can no longer be denied: Gintama is coming to flesh-and-blood cinema in 2017.

Shun Oguri, who appeared as Lupin in the live-action Lupin III film, as well as adaptations like Terraformars, Space Brothers and Nobunaga Concerto, will play main character Gintoki Sakata.

The news about Gintama was revealed in this week’s Shonen Jump, which has been running the manga since 2003.

Will Gintama make a successful transition to live-action? Is Oguri right for the role? Let us know what you think.

View all posts by Matt Schley
Sentai Filmworks, Crunchyroll Serve Up A Steaming Plate of Food Wars! Season 2
Power Up for a New Mob Psycho 100 Preview