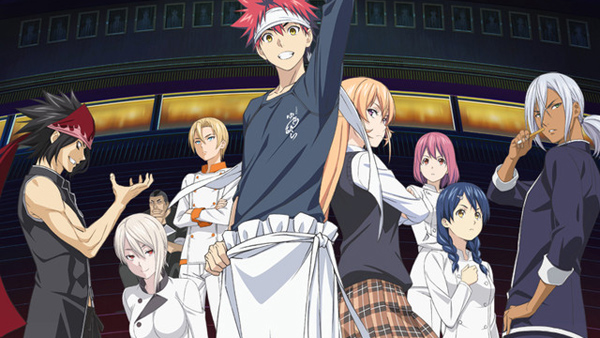 Okay, so there was never really any doubt the second season of the mega-hit Food Wars! would be getting licensed for release in the States. Still, it feels good – nay, delicious – to get the official word.

As was the case with the first season, Shokugeki no Soma: The Second Plate will be served up in fresh simulcast form by the folks over at Crunchyroll, then distributed digitally and on home video by Sentai Filmworks, where, much like fine wine, it will become even more delicious with a bit of age.

It’s also been reported today, by the way, that The Second Plate will be 13 episodes. The first season was 24, but hey – this’ll prevent overindulging.