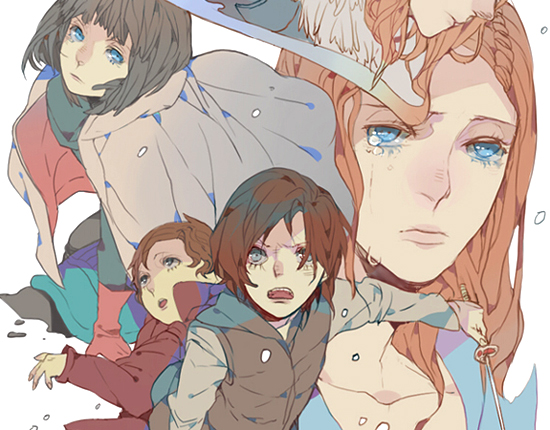 [This story was original published in the June 24th, 2014 issue of Otaku USA e-News.]

With the fourth season of HBO fantasy drama Game of Thrones now behind us, many of us will be feeling a familiar sense of loss and looking for a fresh place to turn for our fantasy fix.

Of course we could just pick up a book — the shelves of the world’s few remaining bookshops still creak under the weight of countless breezeblock tomes chock full of dragons, kings and wandering warriors — but for those looking to experience their journey into another world in all its full-spectrum audiovisual glory, let’s have a look over what anime has to offer.

Given the way anime is affected less by the budget constraints that make fantasy such a nightmare to film in live action, you’d think it would be a prime breeding ground for epic adventures and dramas in the Game of Thrones mould, but there are perhaps surprisingly few. Part of this is perhaps down to the publishing format of manga, on which so much anime is still based. 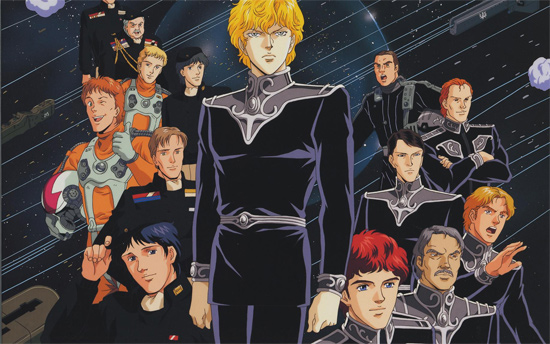 Legend of the Galactic Heroes

With its emphasis on pushing the narrative forward through short story arcs based around combat with a succession of foes, manga storylines rarely get the space to build up a complex web of plots and schemes like those in which George R R Martin appears to revel. It’s perhaps telling that nearly all the series discussed here are based on novels rather than manga.

Perhaps the anime series that stands tallest against Martin’s opus in terms of the complexity and intricacy of its plot comes not from fantasy but from science fiction. Legend of the Galactic Heroes and its various side stories adds up to 162 episodes of war, romance, plots and drama, the core of which is the struggle between imperial soldier Reinhard von Lohengramm and precocious strategist Yang Wen-li of the Free Planets.

Like Game of Thrones, it depicts the war not only through the eyes of the scheming aristocrats, generals and politicians at the top, but also through the lived experiences of the soldiers on the front line who have to live (or more often die) with the consequences of their decisions. 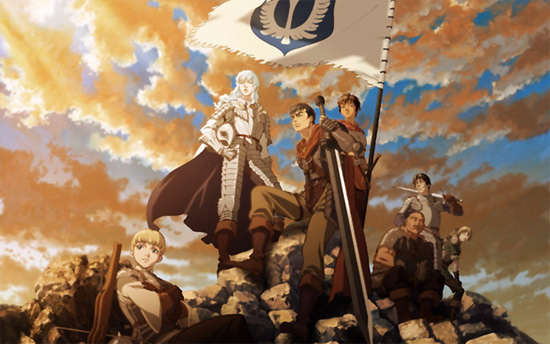 At the other extreme, and firmly back in the fantasy camp is Berserk. Based on a manga by Kentaro Miura, Berserk takes some of its inspiration from the long running (130 volume!) Guin Saga novel series by Kaoru Kurimoto. While Guin Saga itself was the subject of a 2009 anime adaptation, the 1997 Berserk anime remains a far superior animated example of the heroic fantasy genre for three main reasons. Firstly, Berserk‘s story and characterization allow for more shades and ambiguity, with characters growing and alliances shifting as the story progresses. It also boasts a marvellous soundtrack from composer Susumu Hirasawa, who would go on to score films like Millennium Actress and Paprika, and the series Paranoia Agent. 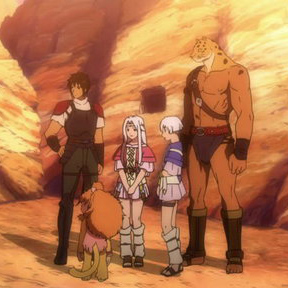 Lastly, and this is where Game of Thrones fans can breathe a sigh of relief, it is one of the most bloodsoaked, gore-splattered, gleefully visceral anime series ever made for the small screen. Three volumes of a movie series were also released in 2012 and 2013, recapping the story’s “Golden Age Arc.”

Of course stories like Berserk and Guin Saga are also very macho, depicting the blood’n’guts world of fantasy as predominantly a conflict between men with rippling muscles, and while female warriors are permitted, they must be put firmly in their place. For fans of Game of Thrones‘ upright warrior Brienne of Tarth and aspiring assassin Arya Stark, there might be no better place to look than one of the finest animated fantasy sagas — regarded by a great many fans as the best ever — Stand Alone Complex director Kenji Kamiyama’s masterful Moribito: Guardian of the Spirit.

The action scenes are beautifully handled, but the real strength of the series is in the sensitive portrayal of Chagum’s growing maturity over the course of the series and the excellent job the show does of depicting a rich, believable fantasy world, perhaps aided by original novelist Nahoko Uehashi’s academic background as an ethnologist. 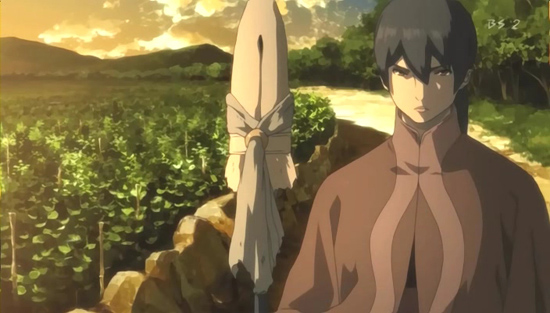 Moribito: Guardian of the Spirit

Uehashi’s interest in ethnology comes even more strongly to the fore in The Beast Player Erin, based on another series of novels by the same author. Aimed at a younger audience than Moribito, Erin is rendered in simpler shapes and bolder colors but is even richer in the minute details of life in its fantasy world. Featuring terrifying beasts at the centre of its story, Erin takes the unique approach of focusing on the challenges of breeding and husbandry while political events of enormous significance gradually brew in the background. 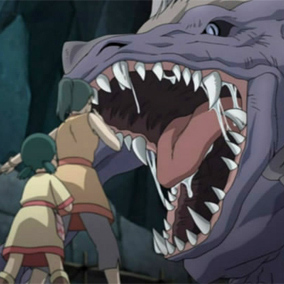 Despite its younger audience, the series never talks down to the viewer, allowing its characters to make mistakes and experience the consequences of their actions in believable, often harsh ways. Throughout the fifty episodes, we see its titular heroine grow up from a bright, curious young child into a scarred yet wise and strong young woman, facing tragedy, treachery and adventure along the way. If you thought Daenerys Targaryen was having trouble raising her dragons, Erin has been there and then some.

Finally, and perhaps another series for Daenerys fans, no rundown of fantasy anime would be complete without mention of Twelve Kingdoms. Set in a Chinese-inspired land awash with demons and magic, the series jumps around a number of occasionally intersecting stories, but the core of the anime version centres around a Japanese girl called Yoko Nakajima, who finds herself swept into an alien land where she must first claim her throne as queen of the kingdom of Kei, and then learn how to rule. 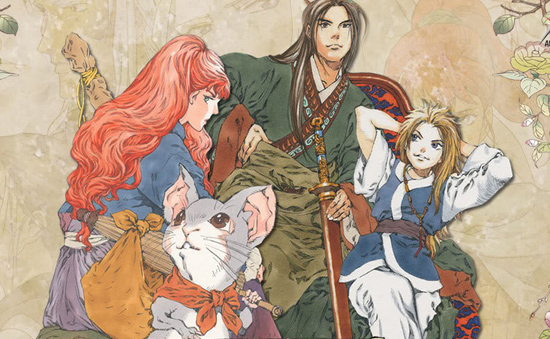 As with Game of Thrones, the pitfalls and perils of ruling form one of the core themes of the series, but another of its strengths is the unflinching way it approaches human weakness, selfishness and jealousy, setting these flaws prominently against other more sympathetic characteristics and using its much-abused heroines souls as the battleground.

> Game of Thrones Becomes Anime in French Fan Project
> Like The Hunger Games? Check Out These Anime and Manga!
> Down and Out in Hollywood: Failed Live-Action Adaptations
> Gateway Anime: Everybody Starts Somewhere 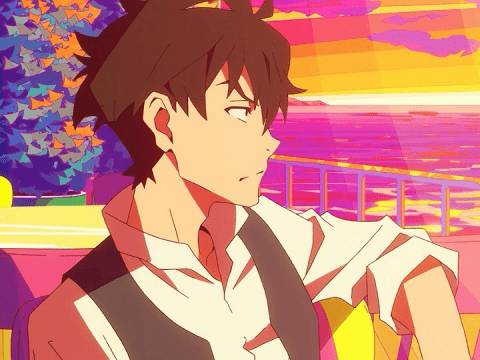