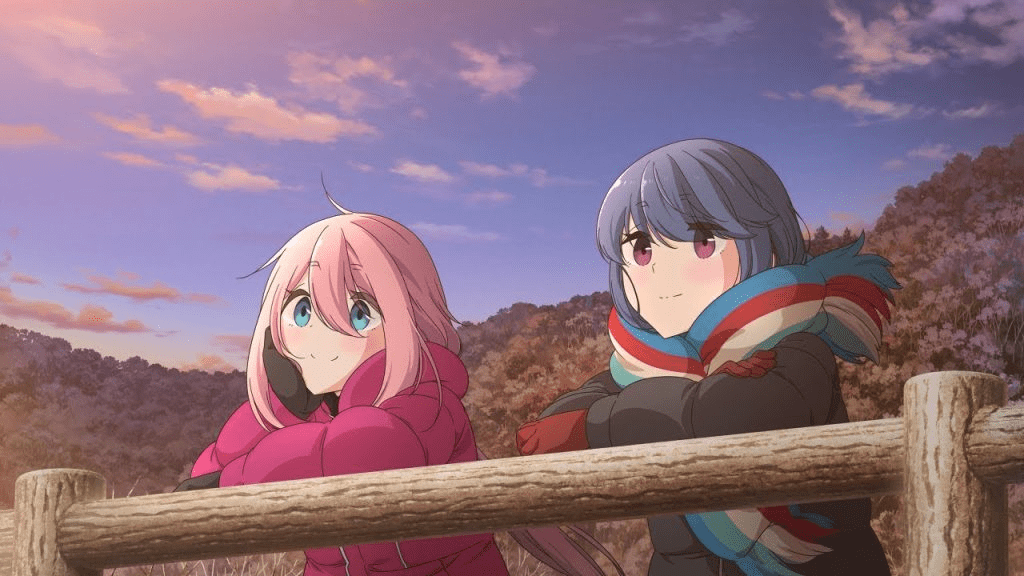 Fans around the world fell in love with Laid-Back Camp, and it’s not hard to see why. This sweet series is as easygoing as its title suggests. Not only that, it reminds us to stop and enjoy the beauty of the world around us. We can’t wait for a third season of Rin and Nadeshiko’s adventures. In the meantime, we’ve found more anime with a similar feel.

Whether it’s to learn about other people, other places, or themselves, the heroes of these anime take time to take in the world around them. Best of all, each of these selections is really pretty to look at!

A Place Further Than the Universe 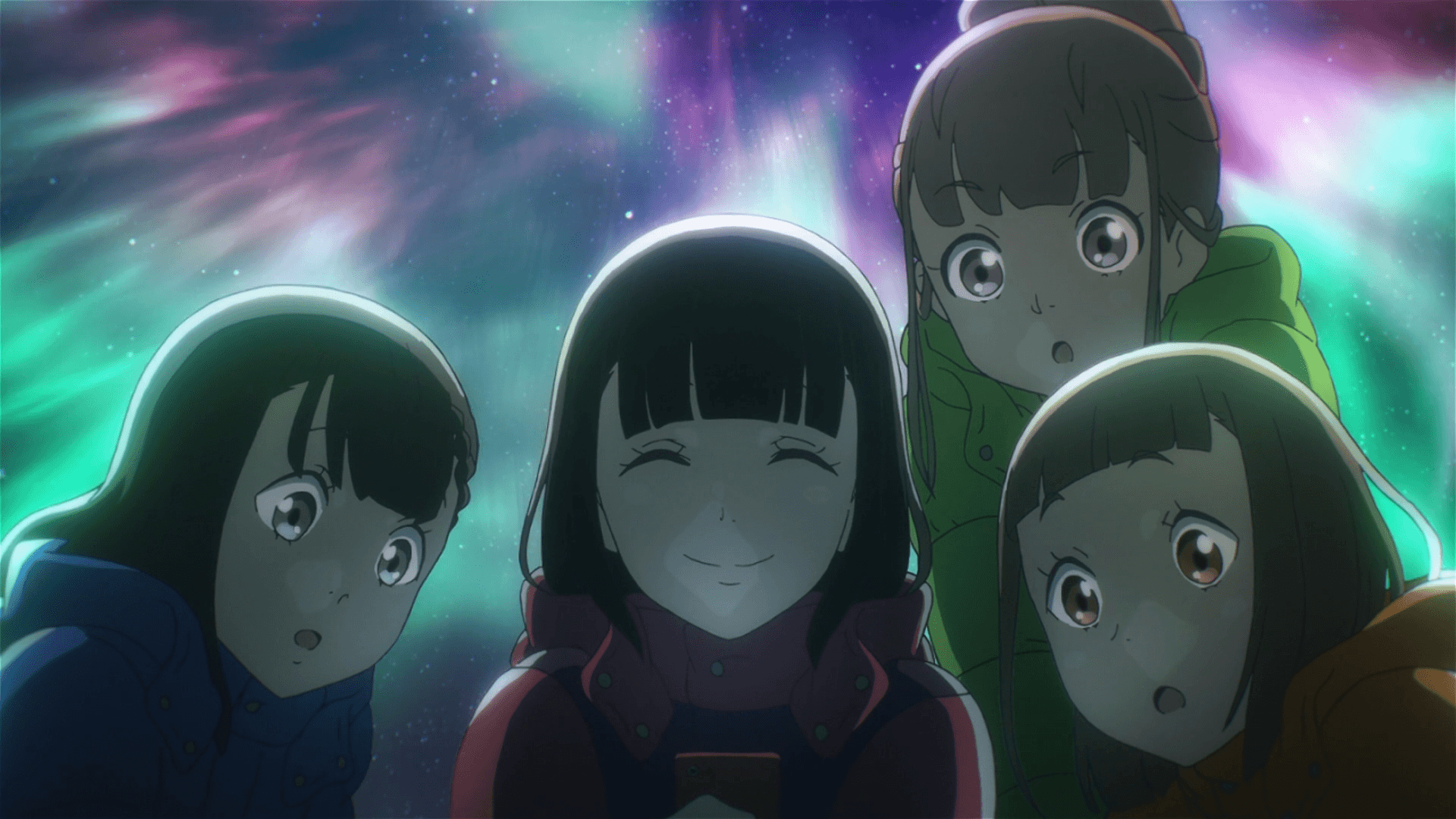 A contemporary of Laid-Back Camp, A Place Further Than the Universe has a similar spirit to its sibling show. But instead of going to lovely local campsites, these girls journey all the way to Antarctica. Why? Well, it depends on which of them you ask, and when. One is looking for her mother, a scientist who disappeared at the South Pole. Another is there for her acting career. The others… are still figuring that out.

Whatever their reasons, their journey to and in Antarctica shows them more than they bargained for. They gain friendships, come to terms with loss, and learn more about themselves. And they see penguins, too! 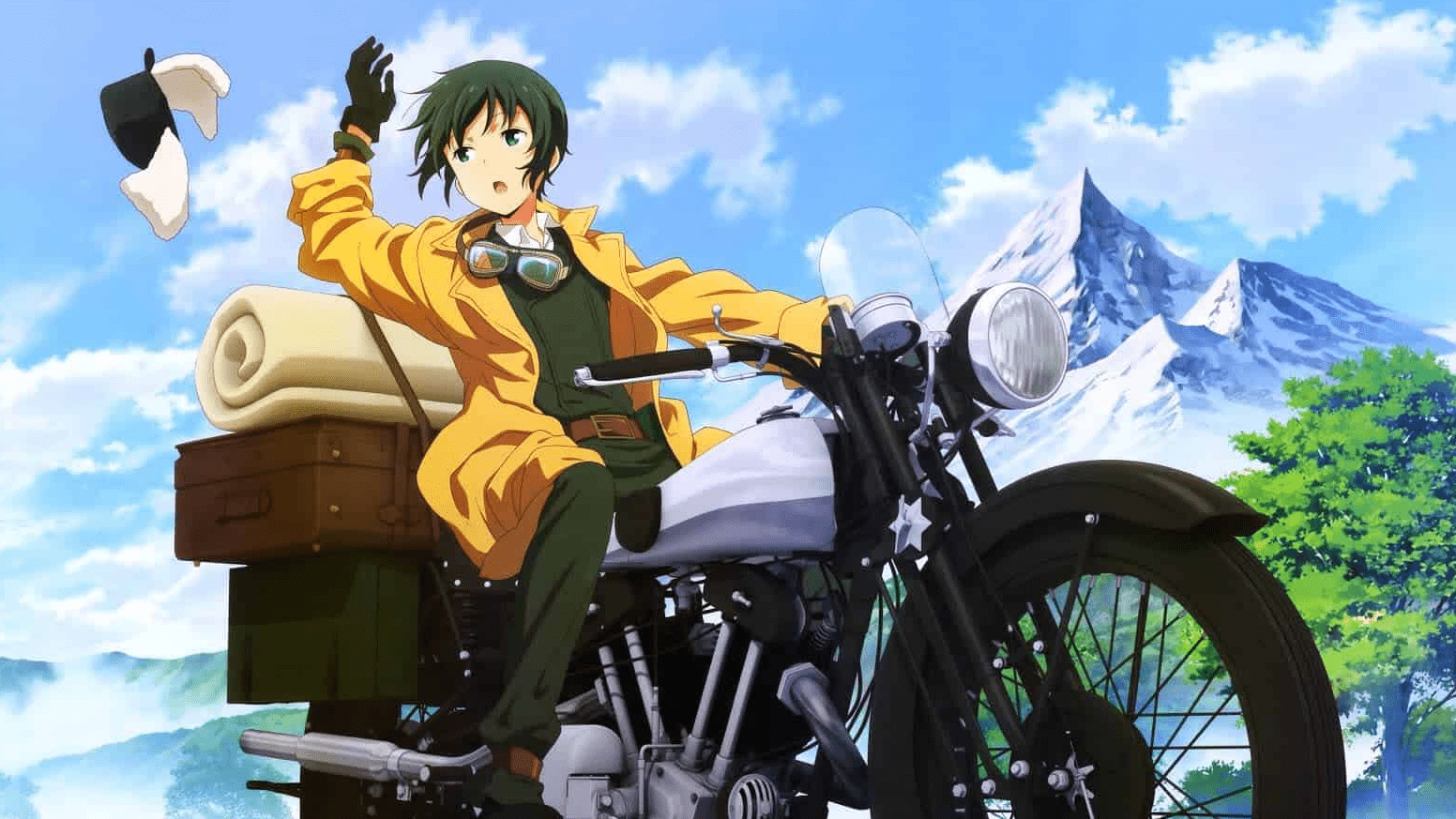 The world of Kino’s Journey may not be the world of Laid-Back Camp, but the two have plenty in common. And Kino is determined to see all of it. Our title character, along with talking motorbike Hermes, travel between countries in a picturesque world. Their purpose? To observe. Kino and Hermes only stay in any given country for three days before moving along. Each country has its own merits and flaws, and its own problems. And by observing them, a traveler like Kino can learn more about life.

There are actually two anime series based on the light novel by Keiichi Sigsawa (author of Gun Gale Online). The 2003 version is a bit tougher to find these days, but either is worth your while. Both have the same easy-paced story and cover similar adventures. Whichever you choose, you’re in for a treat. 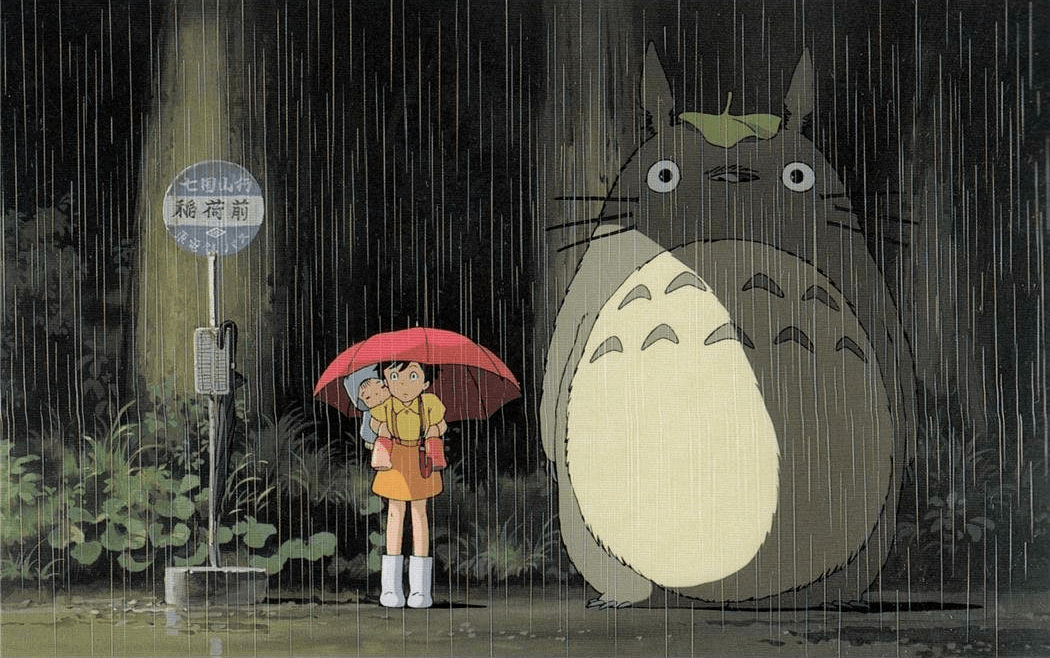 Long before Laid-Back Camp, My Neighbor Totoro was getting kids out into nature. This Studio Ghibli classic was inspired in part by the beautiful forests of Tokorozawa, which were in danger of being destroyed. Rather beautifully, the desire to preserve “Totoro’s forest” has led to crowdfunding campaigns and nature preserves which have done just that.

Much like the film’s fans, protagonists Satsuki and Mei grow to learn about and love the forests of Saitama. Between Studio Ghibli’s legendarily gorgeous art and the friendliness of the forest spirits, it’s not surprising. It was Miyazaki’s intent to introduce viewers to the wonders of nature, and years later, My Neighbor Totoro continues to do just that.

Need to get even farther away from it all? Check out this season’s new isekai anime.