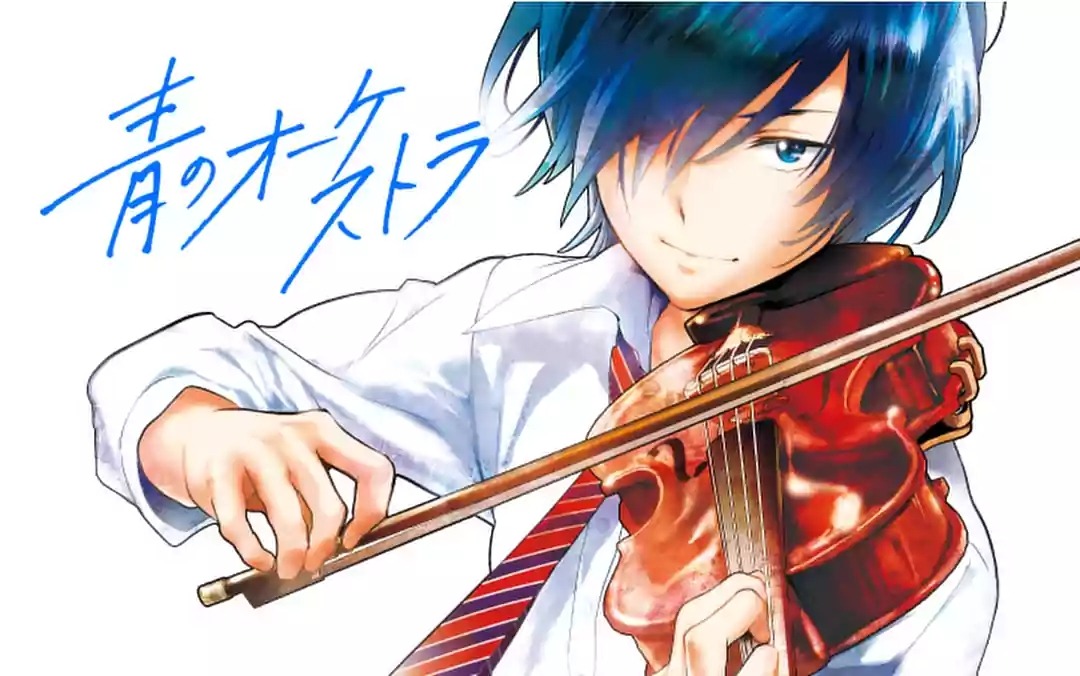 The Blue Orchestra anime—which adapts the dramatic music manga by Makoto Akui—now has a premiere window, as revealed along with the main staff in the first trailer. Seiji Kishi (Assassination Classroom) is directing the series, with Yuko Kakihara (Chihayafuru) on series composition and Kazuaki Morita (Tsukigakirei) handling character designs for the Nippon Animation production.

Blue Orchestra is currently set to premiere in April 2023, and you can check out the preview—including a track performed by violin prodigy Ryota Higashi—below.

The manga Ao no Orchestra is written by Makoto Akui, and started up back in 2017. Akui is also known for the manga adaptation of the anime film Anthem of the Heart.

In the fall of his third and final year of middle school, Hajime Aono, a violin prodigy, stopped playing violin for his own personal reasons. But it was also that year when he got to know a girl who told him about a high school with a prestigious school orchestra. Suddenly, the gears in the clock of Aono’s life began to turn again. This is the story of a youth drama that brings forth the harmony between music and the heart!