In the world of anime fandom, there’s a term used to define what other “normal” people might call gratuitously placed bouncing breasts and asses, and it’s known simply as “fan service.” Out of the dozens of anime features that go about including fan service in the wrong way, one eventually hits that mystical sweet spot. It’s the place where you can giggle at your TV screen without upsetting your girlfriend or wife, and the simple inclusion of a jiggling boob doesn’t seem entirely out of place.

Kenichi: The Mightiest Disciple Season 1 Part 1 found that zone, and throughout this initial boxed set, you’ll be laughing at the antics of the main character, Kenichi, and his secret love affair with his female friend Miu. While Kenichi is the stereotypical Peter Parker-esque high school student – skinny, klutzy, and social awkward, Miu is in a league that would typically be far beyond Kenichi’s norm. She’s incredibly curvaceous for a teenage girl and has a charming face that never quits. And, as Kenichi quickly discovers, she’s also a badass martial arts master.

Despite the differences between Kenichi and Miu, a series of events bonds Miu to Kenichi, and she eventually introduces him to her friends and teachers at a local martial arts academy. Despite their epic level of power and might, the martial arts instructors have fallen on hard times, and Miu believes that Kenichi could make a great student and help save their academy. Only after agreeing to be their student does Kenichi realize how dangerous his martial arts training may be.

The storyline – at least in this initial set – doesn’t deviate too far from what you’d expect in a martial arts collection, but don’t be misled to believe that Kenichi will follow the martial arts fare of titles like Baki the Grappler or Naruto. While Kenichi still falls into the shonen category of anime, it certainly doesn’t have quite as much action as Naruto, offering a dabbling of action that centers around Kenichi getting his ass-kicked and then somehow succeeding after utilizing a freshly learned martial arts technique. Rather than wanting to always “be the best,” Kenichi really just wants to protect those around him. Whether to emphasize the comedic nature of the show or not, the animation style certainly helps pull the viewer away from the action. The characters aren’t extremely detailed. In fact, viewers may often be left scratching their heads at the revealed ages of some of the characters. Kenichi appears as an appropriately aged first year high school student, but all of the other grizzled “high schoolers” he fights could pass for thirty. Almost all of his opponents are hugely muscled and square jawed, looking more like Kenichi’s martial arts instructors than Kenichi or Miu.

Speaking of Kenichi’s instructors, their antics throughout the early part of this series nearly left me in tears. Each of the masters draws from a distinctive martial arts anime archetype, and the training techniques they put Kenichi through are beyond hilarious. Having the boy drag a tire around town to go pick up groceries had me in stitches, and the always overzealous Appachi’s constant pummeling of his student was one of the high points of this initial set.

Character renditions aside, the production values for Kenichi are well above average. The dubbing work is extremely well done, and Kenichi’s whiny cowardice is pulled off well by Josh Grelle and the wonderful Carrie Savage (who I adored in SoltyRei) again pulls off an excellent performance as Miu. The instructors all seem to have voices appropriate to their demeanors, and no on struck me as being out of place. The music was suitable for the anime, and it never once broke my attention to the action or the fan service.

Again, it’s important to bring up the fan service element of this show to readers, because it encompasses so much of the action displayed on the screen. Miu—and to some degree Shigure —are dressed in the obviously ridiculous outfits that display their ample assets on a near constant basis when they’re on screen. One of the more entertaining displays of fan service was during Miu’s “gymnastics” routine, where she “holds back” but still shows up the best gymnast in the entire school. Of course, Miu’s routine is full of camera angles that are totally appropriate for the young male audience. That said, it’s totally within this show’s parameters, and never once does it detract from the main story arc, unlike some poorly constructed attempts in other shows.

Kenichi: The Mightiest Disciple isn’t a brain twister, nor is it even that heavy on the action sequences. Kenichi is frivolous entertainment aimed at individuals who simply want to plant their butts on the couch and have a good laugh. Despite my misgivings about some of the animation style and annoying early Kenichi moments, the series quickly grew to an above average level of entertainment. The show certainly isn’t for everyone, but if you enjoy a light-hearted romp with a few action sequences thrown in, Kenichi: The Mightiest Disciple may be just up your alley. 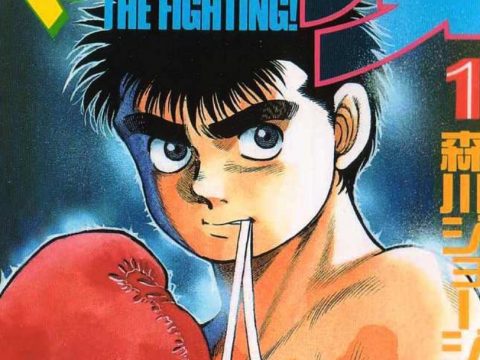 At 124 Volumes, Hajime no Ippo Manga is Only Halfway Through Its Story