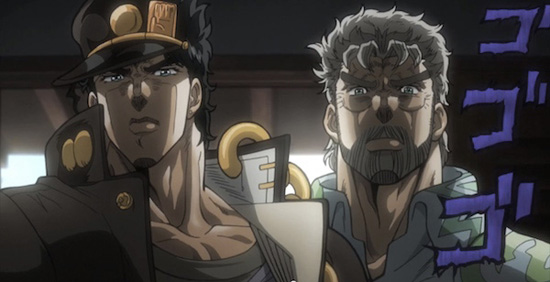 I don’t think I would have believed the current state of JoJo’s Bizarre Adventure even as recently as when we first shared our impressions of David Production’s anime adaptation. When Part I: Phantom Blood kicked off, a small vocal fanbase let their feelings be known, but the general otaku populace remained rather tight-lipped. It didn’t help that no one was rushing to license the series, based on Hirohiko Araki’s popular (in Japan) and long-running (also in Japan) manga series o’ many arcs.

Nevertheless, here we are. It’s 2014 and it looks like JoJo’s might actually be catching on! Even without taking the cover story of our August issue—on stands and in subscribers’ hands now—into account, there’s plenty for fans of the series to celebrate right now. 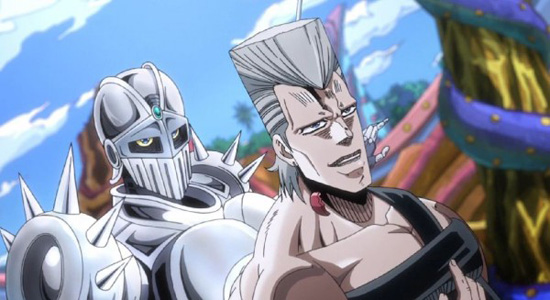 The main cause for jubilation is the most obvious: The show is available in English, and legally, no less! The fact that Crunchyroll started simulcasting the currently-airing Part III: Stardust Crusaders would have been sweet enough, but you can also stream the first two parts—the aforementioned Phantom Blood and its follow-up, Battle Tendency—as well as JoJo’s Bizarre Adventure Re-Edited, which condenses the events of the first season into a handful of episodes. There was even additional news this week, with the addition of an English dub for Stardust Crusaders.

As announced on Monday, Crunchyroll will stream the English dub, starting with the first three episodes, and a special screening event will be held at Anime Expo on July 5. Cast members include Matthew Mercer as Jotaro Kujo, Richard Epcar as Joseph Joestar, and Patrick Seitz as DIO. If that’s not enough, we recently reported confirmation of plans for the Stardust Crusaders anime to run a full year and cover every Stand in the manga. That’s four 13-episode units, ensuring that the fan-favorite arc is adapted at a more suitable pace than Phantom Blood and Battle Tendency. 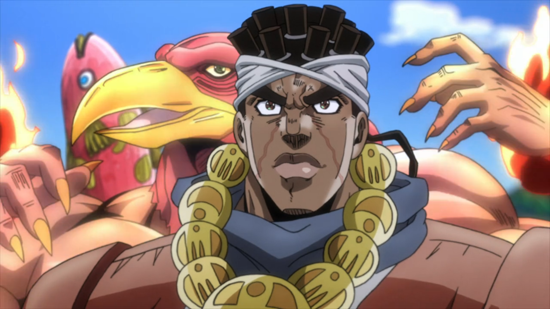 This is all wonderful news, because western recognition for JoJo’s Bizarre Adventure is long overdue. If you’ve been keeping up with Stardust Crusaders then you already know it ups the ante from previous arcs, with its notorious Stands boosting the technicolor insanity right out of the gate. Those of you who have been curious about the series—or merely familiar with what we’ve gotten in the west—might get some immediate flashbacks to Capcom’s JoJo’s Bizarre Adventure fighter, which hit arcades in 1998 before making its way home on PlayStation and Dreamcast the following year.

It was all wonderfully confusing at the time, and Viz Media’s censored release of the Stardust Crusaders manga was the only way to solve the seemingly impenetrable puzzle of who all these insane, flailing, and borderline pretzel-posing characters were. What’s great about David Production’s adaptation of Araki’s work is how faithful it remains to the spirit of that manga despite whatever it may lack in production values. It makes up for its stiff animation by mimicking the style of the original, right down to the bold sound effects that leap off the screen just as they do the page. 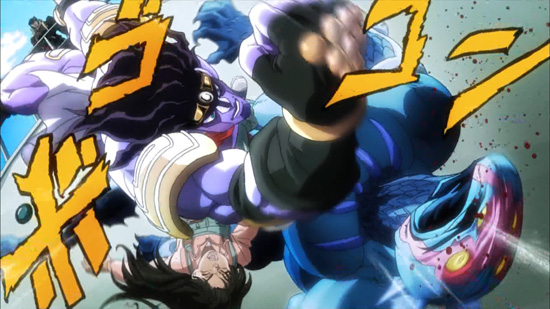 In our feature, Daryl Surat describes this leg of the journey as “a flamboyant glam rock festival of dismemberment and bloodshed whose narrative defies as much plausibility as the bodily contortions and musculature of its characters.” I’d say that sums JoJo’s Bizarre Adventure up about as nicely as its very title. 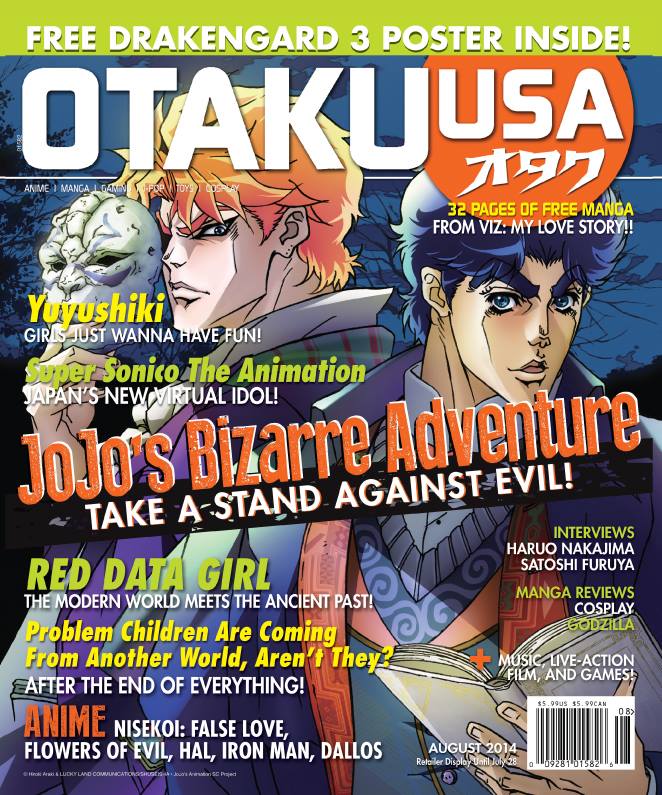 Read our full story on JoJo’s Bizarre Adventure in the August 2014 issue of Otaku USA Magazine. On sale now, it also includes in-depth coverage of Yuyushiki, Super Sonico The Animation, Red Data Girl, and more of your favorite anime, manga, and games. 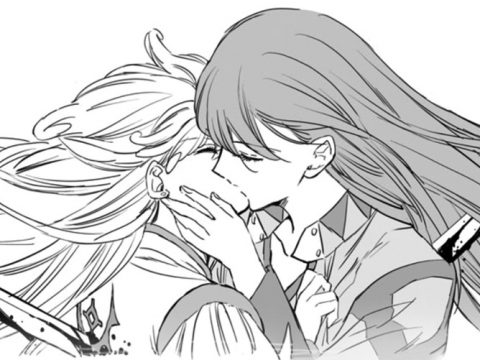