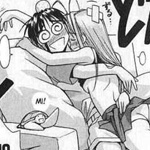 A few days ago we posted about CNN’s story on Japan’s new bill banning child pornography, which focused heavily on the fact that anime and manga are an exception to the rule. CNN’s coverage was done tabloid style, going so far as to blur out a cover that isn’t even really explicit.

Needless to say, neither ourselves nor our commenters were too thrilled with CNN’s take on the issue, aiming for an absurdly high level of shock value and missing the point in an effort to vilify manga. For a lighter take on the matter, though, we can always fall back on Jon Stewart and a portion of a recent The Daily Show episode that highlights the story.

The section in question starts about 5 minutes into the episode below: