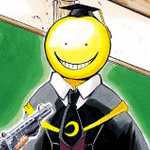 It’s been both rumored and expected, especially since the manga has been such a success, but it’s now official: Yusei Matsui’s Assassination Classroom is getting a TV anime adaptation, set to air on Fuji TV in 2015. That’s not all, though, because the series is also being adapted into a live-action film.

The announcement comes from the July issue of Shueisha Comic News. Assassination Classroom originally launched in the publisher’s Weekly Shonen Jump magazine in 2012, and ranked number 7 in Japan’s top-selling manga for 2013. Kiddy Grade director Keiji Gotoh helmed an event anime based on the series last year. 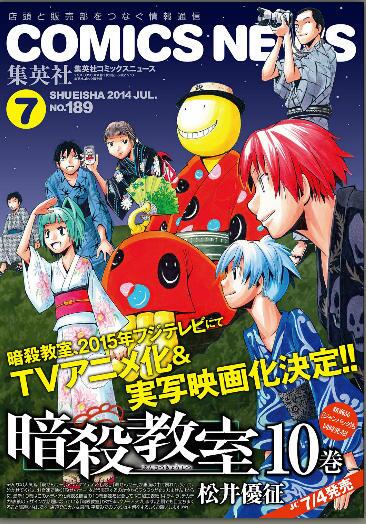 A humorous and action-packed story about a class of misfits who are trying to kill their new teacher – an alien octopus with bizarre powers and super strength! The teacher has just destroyed the moon and is threatening to destroy the earth – unless his students can destroy him first. What makes things more complicated is that he’s the best teacher they’ve ever had! The bimonthly ongoing series will also be available digitally.