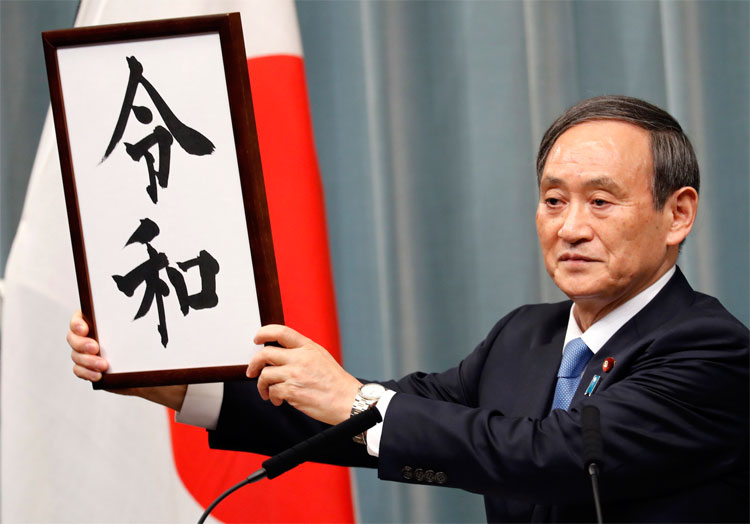 As you may well know, being a fan of Japanese stuff and all, Japan marks the ages with era names which change every time a new Emperor takes the throne.

Crown Prince Naruhito is set to do just that on May 1, 2019, as his father Emperor Akihito steps down, and that means Japan needs a new era name.

That name, announced to much fanfare on the morning of April 1, Japan time (no foolin’) is: Reiwa. The name will come into effect May 1, ending the Heisei Era, which began in 1989.

Reiwa is made up of the characters 令 (rei) and 和 (wa), both combed from the Manyoshu, the oldest existing collection of Japanese poetry.

In modern use, rei means “command,” but in the Manyoshu, it means good or excellent. Wa, on the other hand, refers to piece or harmony. Wa was used in Showa, the era preceding Heisei, which lasted from 1926 to 1989.

It was also, naturally, the subject of many otaku-themed jokes and references on social media, including to characters from anime and manga named Rei (here’s looking at you, Neon Genesis Evangelion).