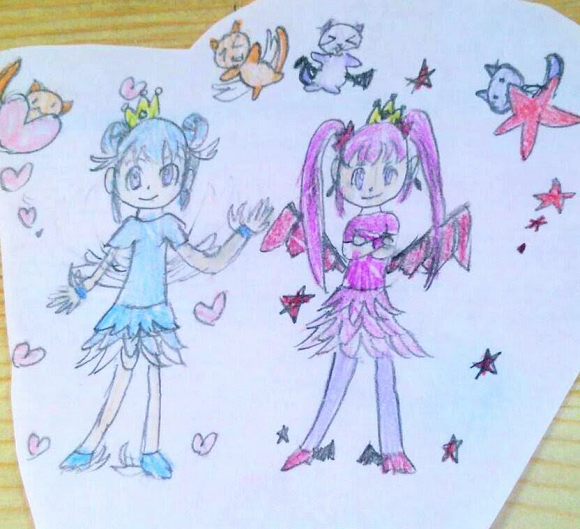 It seems like every child at some point every child becomes frustrated with their own artwork and wishes they had an better artist around to bring their ideas to life more effectively. For most of us that’s usually just classmate or older sibling, but for one little girl in Japan it’s a professional illustrator.

Japanese twitter user @oooHiNaTaooo is mostly a homemaker, but occasionally takes jobs as a freelance artist. Her daughter is in 6th grade and shares her talent for drawing. One day recently, her daughter dug out piece from a couple years back she wasn’t happy with, asking to see how her mom would have drawn it. oooHiNaTaooo obliged, and the results brought over 100,000 likes shortly after posting them on Twitter. 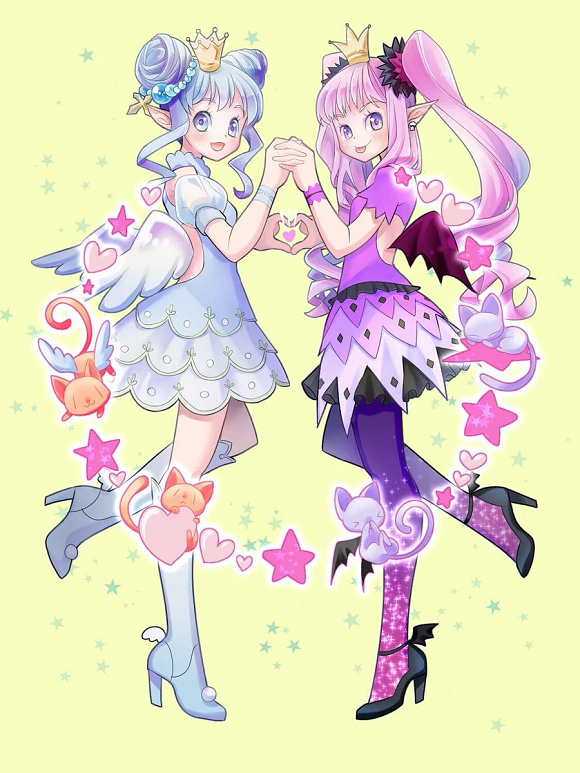 It’s worth noting that this isn’t just fanart of popular existing anime, but based on original designs by oooHiNaTaooo’s daughter. While oooHiNaTaooo’s version is obviously much more polished, the original by her daughter is actually quite good considering she was in 4th grade at the time.

No doubt, with the newfound attention she’s getting on social media and news sites, oooHiNaTaooo won’t be hurting for freelance work in the future. She definitely ranks among “coolest moms ever” right next to the anime lunch-making mom who made headlines in 2014.

Wotakoi: Love Is Hard for Otaku Vol. 1 [Review]
The High-Stakes Livin’ of Kakegurui