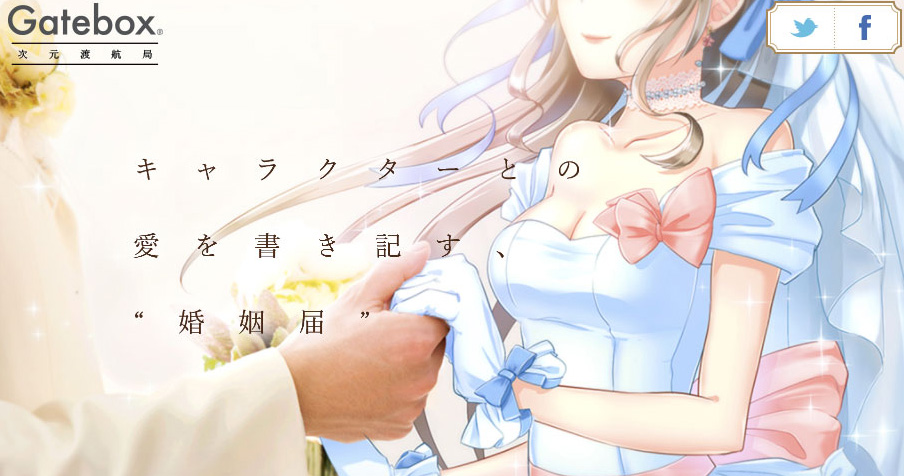 If you’re looking to get hitched but there’s a slight, well, hitch, one company in Japan has the thing for you.

Gatebox, a company that “lets you experience cohabitation with characters,” is releasing marriage certificates for 2D loved ones.

The certificates, which come in four designs, can be used for traditional 2D characters as well as those from 3D or VFX anime. Non-human characters such as elves are okay, but, the press release makes clear, no actual living humans allowed.

Needless to say, the certificate has no actual legal effect.

Gatebox is only offering the certificates until December 7, so if you’ve got a 2D sweetheart, get to it! 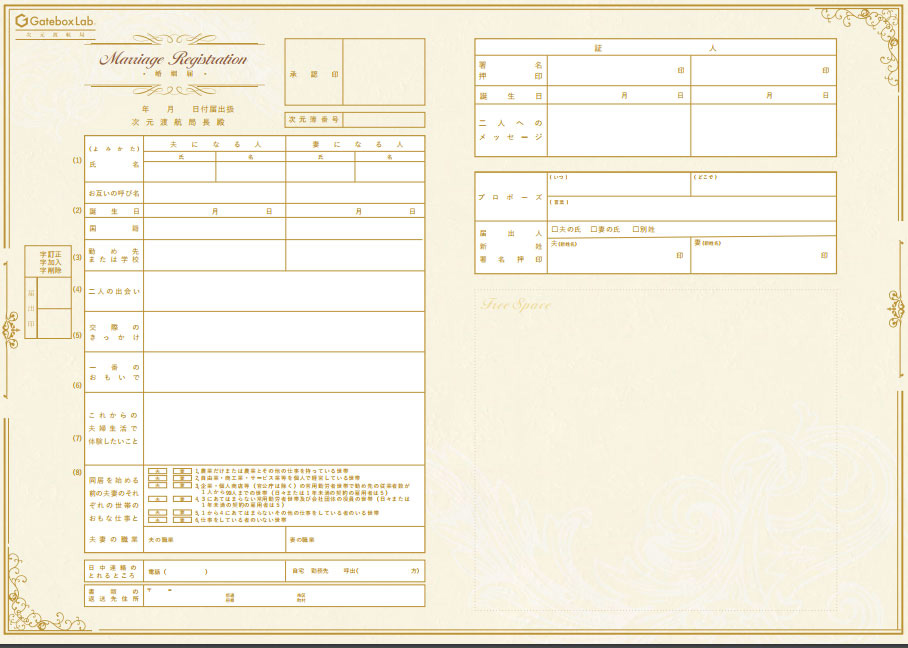 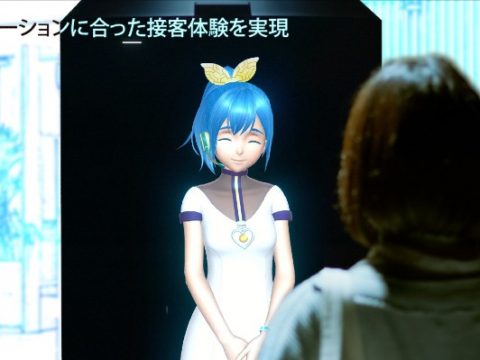 Do You Want an Anime Girl Hologram Greeting You At Stores?