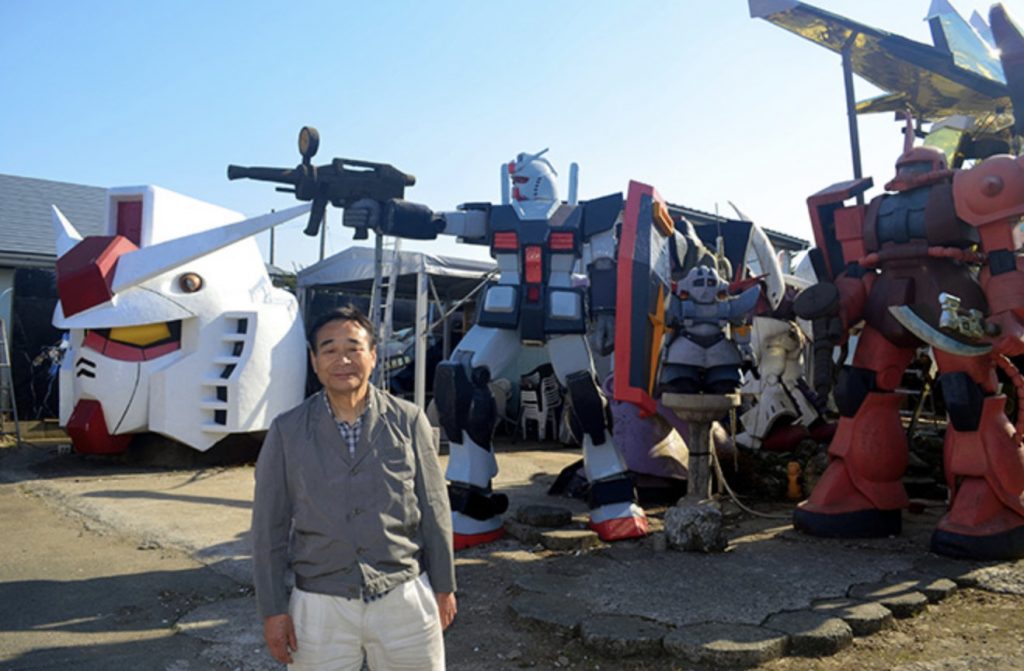 The life-size Gundam in Odaiba is cool and all, but was it made by a 74-year-old barber?

For Gundam statues fitting that description, you’ll have to head to Oirase, Aomori Prefecture, where huge statues of various mobile suits from the Gundam series stand in the backyard of a barbershop. A barbershop run by 74-year-old Toshimi Suzuki, who’s been building them since he turned 60.

Suzuki’s creations tower three to five meters tall, and include—get this—a giant Gundam head that doubles as a karaoke box and a boat in the case of tsunami.

As you might imagine, his barbershop has become a pilgrimage destination of sorts for Gundam fans who are, y’know, looking for something a little more hardcore than the normal stuff.

As for Sunrise, the official rights holder for Gundam, it seems they’re okay with Suzuki’s efforts, bless ‘em.

If you’re a fan of these out-of-the-way robots, check out our report on some more of them here.