A World Tour of Life-size Mechs 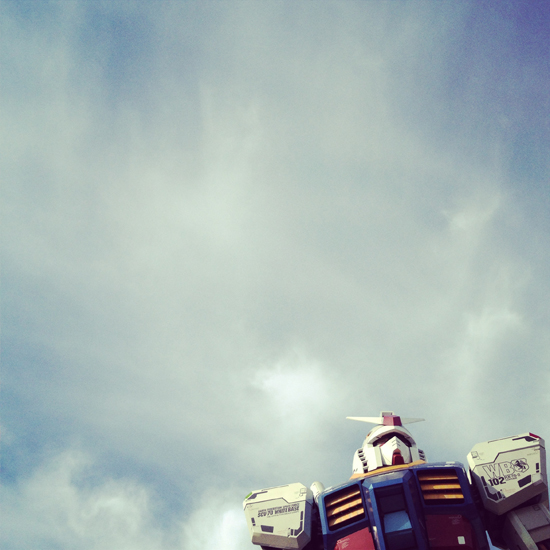 At this point, everyone should be well acquainted with the full-scale RX-78 Gundam statue, currently residing between a parking lot and a shopping mall on the man-made island of Odaiba in Tokyo Bay. Despite receiving a considerable amount of media attention over the past few years, one would be mistaken if they thought that it was the only example of someone thinking it was a good idea to turn a cartoon robot into a giant statue. Let’s take a look at what else is out there!

Some 500 km west of Tokyo, the city of Kobe hosts it own giant robot statue. In this case it’s the titular mecha from the Tetsujin 28 manga, created by Mitsuteru Yokoyama in 1956. Over the years it’s been adapted into four different anime series as well as live action movie in 2005, and the first anime adaption even saw release in the English under the name Gigantor. Born in Kobe, Yokoyama witnessed the devastating effect of of Allied bombs on his hometown during World War II, and this experience would later influence his work on Tetsujin 28. Fittingly, the real-life reproduction of his robot creation was built to commemorate the 15th anniversary of the devastating Great Hanshin earthquake that laid waste to Kobe in 1995. Standing at 18 meters tall (59 feet), Tetsujin 28 resides a short walk from Kobe’s Shin-Nagata station. 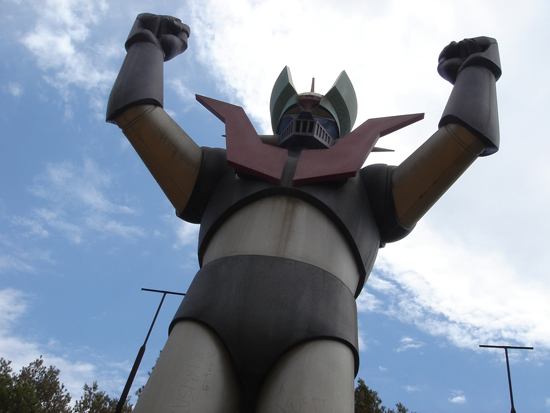 Don’t think that Japan has a monopoly on giant robots, as Spain’s Mazinger Z statue predates both the Odaiba Gundam and Kobe’s Tetsujin 28 by a few decades. Located in the town of Tarragona, it was built in the early 1980s– back when Go Nagai’s creations were making waves in the country. Standing at approximately 50 feet tall, this fiberglass statue was originally intended to be part of a planned housing community that never saw completion. Mazinger is still there though, nestled in grove of trees in an otherwise unassuming suburban neighborhood, although it’s visible on Google Maps.

Continuing with the Go Nagai theme a bit more, we’d like to point your attention towards South Korea and a robot named Taekwon V. Born as an animated film in the 1970s, Taekwon V was created during a period of political hostility that made the import of Japanese-made goods difficult. Taekwon V’s design was, shall we say, significantly inspired by Nagai’s Mazinger Z. As of a few years ago, a South Korean developer had been planning on erecting a 364-foot tall Taekwon V statue as the centerpiece for a robot-themed amusement park, thereby dwarfing both of Japan’s well-known robot statues. Originally set to open in 2013, construction on the amusement park, named Robot Land, stalled and seems to no longer be happening, leaving a gargantuan Taekwon V statue lingering only in the realm of digital mock-ups. 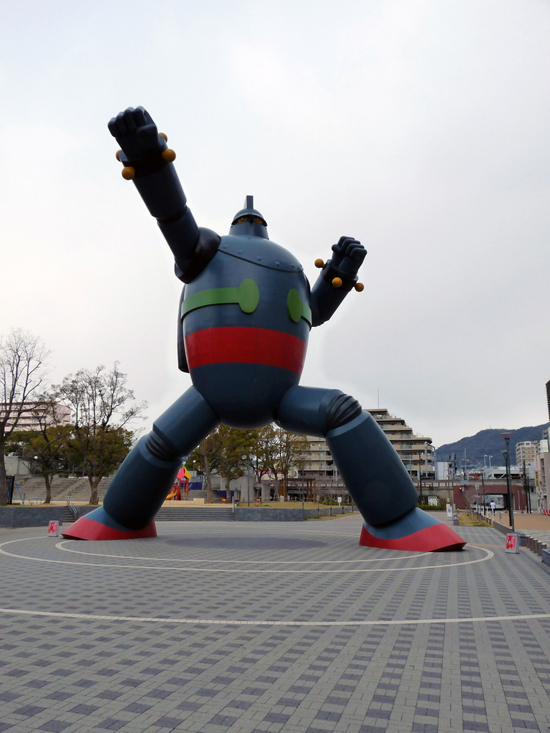 Elsewhere in Asia, China seems to have a thing for giant Transformers, although it’s hard to tell where the Transformers inspiration begins and official licensing ends. Take, for example, Kefeng Zhu and his homemade Transformers-inspired statues constructed out of real cars and recycled bits, currently displayed at an amusement park in Jiazing City. As much a tribute to giant cartoon robots (or in this case, giant Michael Bay robots) as they are pop-art, Zhu’s DIY aesthetic makes his robots a bit more interesting than a corporate-produced statue designed to attract tourists. Zhu’s robots aren’t the only ones in China, as an Optimus Prime statue standing 10 meters (33 feet) tall was spotted outside of Beijing’s National Stadium. An official statue or something made by another industrious DIYer? In China, it’s hard to tell.

This is far from an exhaustive list of giant robot statues, but they are some of our favorites. The internet seems to hold a surprising number of photos of homemade robot statues and oddities like the large-scale model created in conjunction with the 1989 live-action robot film Gunhed. Call us dreamers, but we’d like to hope that sometime in the near future these giant robot statues make way for real giant robots – oh, someone in Japan is already working on that? In any case, keep your eyes peeled for more giant robots – as big as they are, they tend to be easy to find.