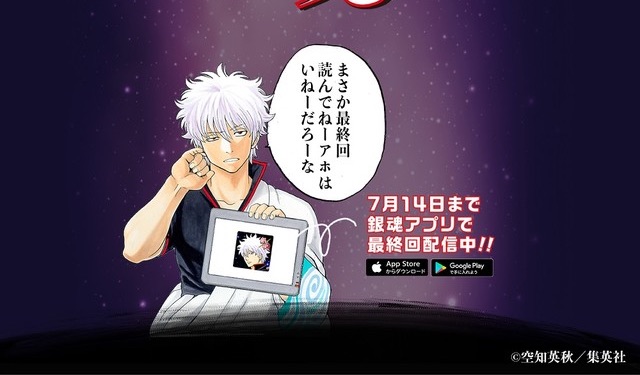 We’re starting to feel like the boy who cried wolf, but it seems Hideaki Sorachi’s Gintama manga is finally over. The manga wrapped up today, June 20, with its final chapter published to the official Gintama app.

To mark the occasion, Gintama publisher Shueisha is asking fans to tweet messages to Sorachi. Those wanting to thank the author for years of Gintama goodness should tweet @jump_henshubu and use the hashtag #さよなら銀魂 (goodbye Gintama). We suspect the messages will ultimately be compiled into something like this.

Gintama ran in Weekly Shonen Jump from 2003 to 2018, before switching to Jump Giga and finally the Gintama app. Here’s how Viz describes it:

The samurai didn’t stand a chance. First, the aliens invaded Japan. Next, they took all the jobs. And then they confiscated everyone’s swords. So what does a hotheaded former samurai like Gintoki “Gin” Sakata do to make ends meet? Take any odd job that comes his way, even if it means losing his dignity. 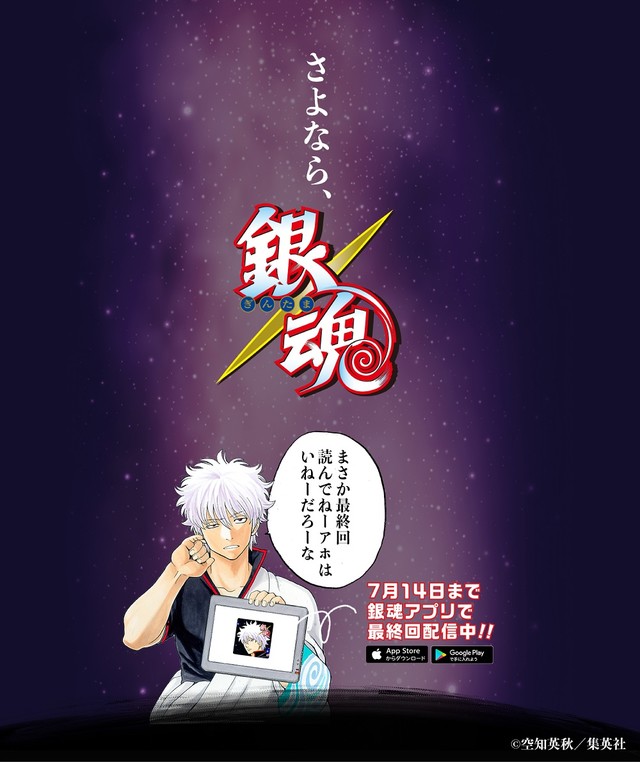