It’s time to look back on the original Fullmetal Alchemist 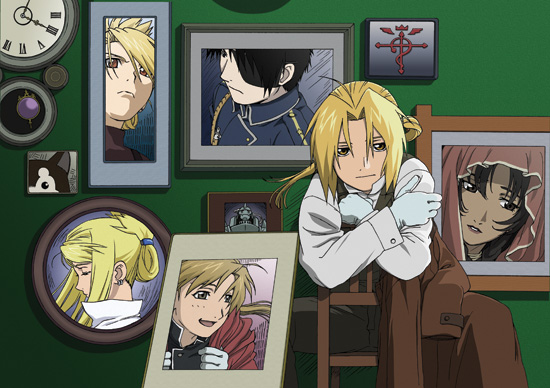 It seems like only yesterday that I was declaring Fullmetal Alchemist to be the undeniable top anime of the 2000s, but in fact over a decade has passed since then. Multiple new generations of anime fans have come—and gone—in the time since, so to everyone with fond school year memories of watching Edward and Alphonse Elric on their quest to discover the Philosopher’s Stone, I’m afraid I have some BAD NEWS: now YOU’RE an old-timer of anime fandom too!

Time waits for no one, and the single most popular anime series of the 2000s is now something increasingly fewer recent fans will have ever seen, despite its streaming availability. Crazy, right? Now you know what it feels like to be me! With the original series having recently been remastered in high definition and released on Blu-ray in the US courtesy of FUNimation, it invites the question, “How well does the original Fullmetal Alchemist hold up, especially now that we can compare it to the original source material and its more modern remake?” 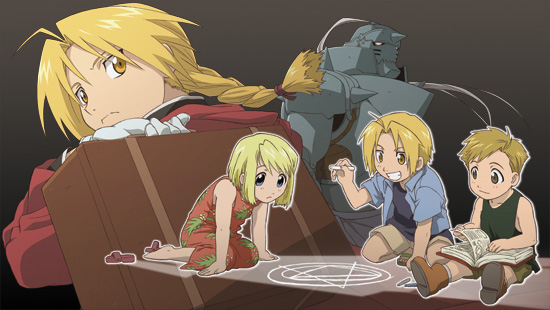 The first thing that jumped out to me upon revisiting it was “this does not look ‘old’ in any way.” Japanese animation of the 1970s, 1980s, and 1990s each had their own dominant trends in character designs and animation that you could point to and say, “That looks like it’s from that era.” But, truth be told, there isn’t as much about the 2000s in those aspects to set it apart from the present day. When I ask myself, “What visual trends defined anime of the 2000s?” my mind conjures up images of cheap digital camera pans (present since the late 1990s) and character designs by Hisashi Hirai (Gundam SEED, s-CRY-ed) where everybody has the exact same face only with different hairstyles.

The original Fullmetal Alchemist is in sharp contrast to those “2000s anime” traits, though. The character designs by Yoshiyuki Ito (Soul Eater, Space Dandy) are slightly rounder than Hiromu Arakawa’s original manga artwork, but there’s no mistaking the cast members in silhouette, even though much of the cast wears the same uniform. That’s a key aspect when designing memorable characters. 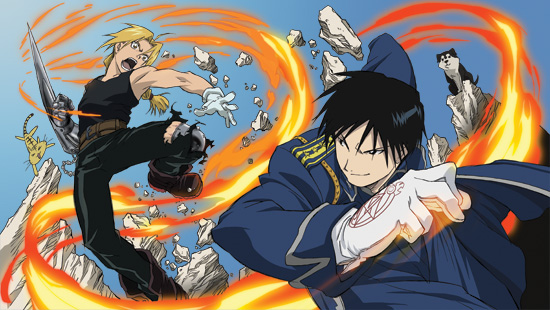 What’s more, the animation by studio BONES helped further cement its reputation for high-quality work that continues to this day with titles such as Blood Blockade Battlefront and Snow White with the Red Hair. They definitely topped themselves in the visuals department when it came time to do the remake—if only the same could be said for Toei and Sailor Moon—but from an animation production and design standpoint there’s little about Fullmetal Alchemist that seems like it couldn’t just as easily have been made now, in the 2010s.

The general premise of Fullmetal Alchemist is the same as Brotherhood: in a world just slightly different from our own Europe in the early 20th century, alchemy is a real, functioning science. Provided the energy is conserved—an “equivalent exchange”—the transmutation of elements is possible. Two brothers, Edward and Alphonse Elric, in a misguided attempt to use alchemy to resurrect the dead, end up sacrificing their bodies in the process; Ed loses an arm and a leg while Alphonse’s entire physical form is destroyed, leaving his soul bonded to an old suit of armor. Their only hope of restoring themselves is the Philosopher’s Stone, the research of which requires they join the military’s State Alchemists. 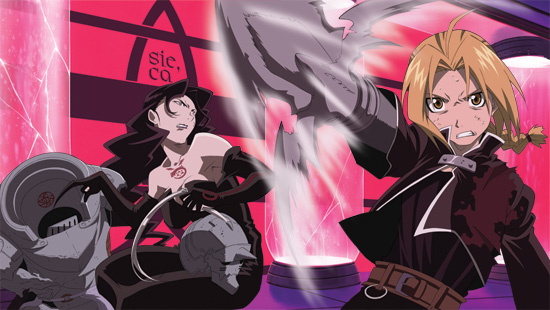 But what about the handling of plot, themes, and characterization? These critical items are what make stories stand the test of time, even as aesthetic tastes evolve, and in this regard lies the most substantial difference between the original Fullmetal Alchemist and its Brotherhood remake. As the original manga would not conclude until 2010, BONES opted to write its own original story for the second half of their 2003 series.

Typically, when anime does this the results are poor because the animators are just stalling for time until more manga gets written and therefore nothing can actually happen. I know, I already made fun of Toei a paragraph ago, but fans of One Piece, Naruto, Bleach, and now World Trigger know this phenomenon all too well. But what director Seiji Mizushima and writer Shou Aikawa created was of a high enough quality that arguments over whether their story is better than the original’s continue to this day, never to be resolved. Perhaps they got lucky in this regard, as their subsequent collaborations on anime such as Un-Go and the recent Concrete Revolutio have garnered more mixed reception. 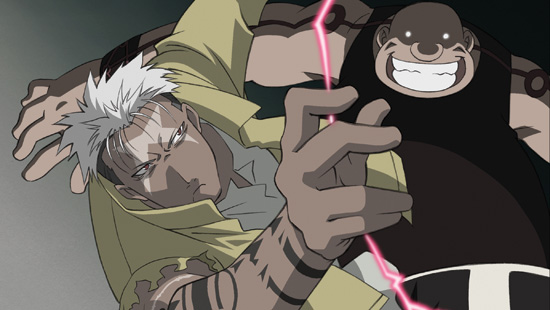 Longtime readers of this publication can go back to my original articles to see that my favorite FMA characters are the antagonists, particularly Shou Tucker and Scar. Now in hindsight of being able to finally read the original manga and see its storyline animated in Brotherhood, I know that’s entirely the result of what Mizushima and Aikawa created in this series. Tucker in Brotherhood was only present for about one single episode and a great deal of Scar’s motivations and abilities were changed completely from his depiction here. That’s unfortunate, and Scar’s certainly not the only one for whom that applies, but his situation was a big part of what gave this Fullmetal Alchemist a surprising amount of moral ambiguity and severity as time went on.

The notion of a Japanese animated series not only dealing with the idea that systemic racism can exist within an institution whose individual members are morally virtuous, but doing so in a way that was NOT an embarrassment remains practically unheard of to this day … especially when Shou Aikawa’s involved! I mean, didn’t you SEE Angel Cop?! No? Well, you should, even if it’s years out of print and they had to change even the subtitled script to remove the anti-Semitism! Since that time, Aikawa figured out the secret was to use ALLEGORIES. Any similarities to the Iraq War and/or Nazi Germany are completely intentional. 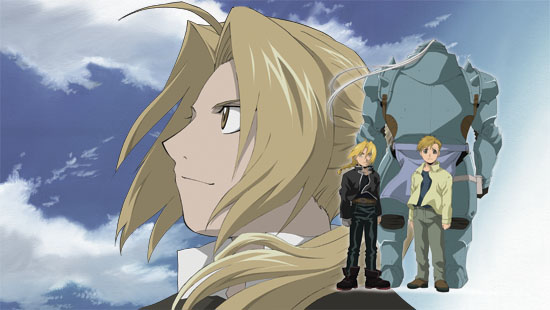 Sometimes the things you watch from long in the past that you have fond memories of need to permanently remain in the past, lest you realize that the thing you loved was in fact terrible and you just didn’t realize it. That’s rarely a good feeling. Fortunately, I can confidently say that will not be the case should you decide to return to 2003’s Fullmetal Alchemist, though you may realize the constant jokes about Ed being short weren’t funny then and aren’t funny now. Is it better than Brotherhood? From an action/adventure standpoint, Brotherhood does have the bigger and better action scenes, even though it’s not like these are anything to look down upon. Yet the more measured, nuanced approach of 2003’s makes the proceedings a little more sophisticated than standard shonen fare. Ultimately, it’s an obsolete argument: whether you collect Blu-rays or elect to watch anime via legal streaming options, you can now watch both series either way.

When Marnie Was There Review
Anime About Anime: A Primer