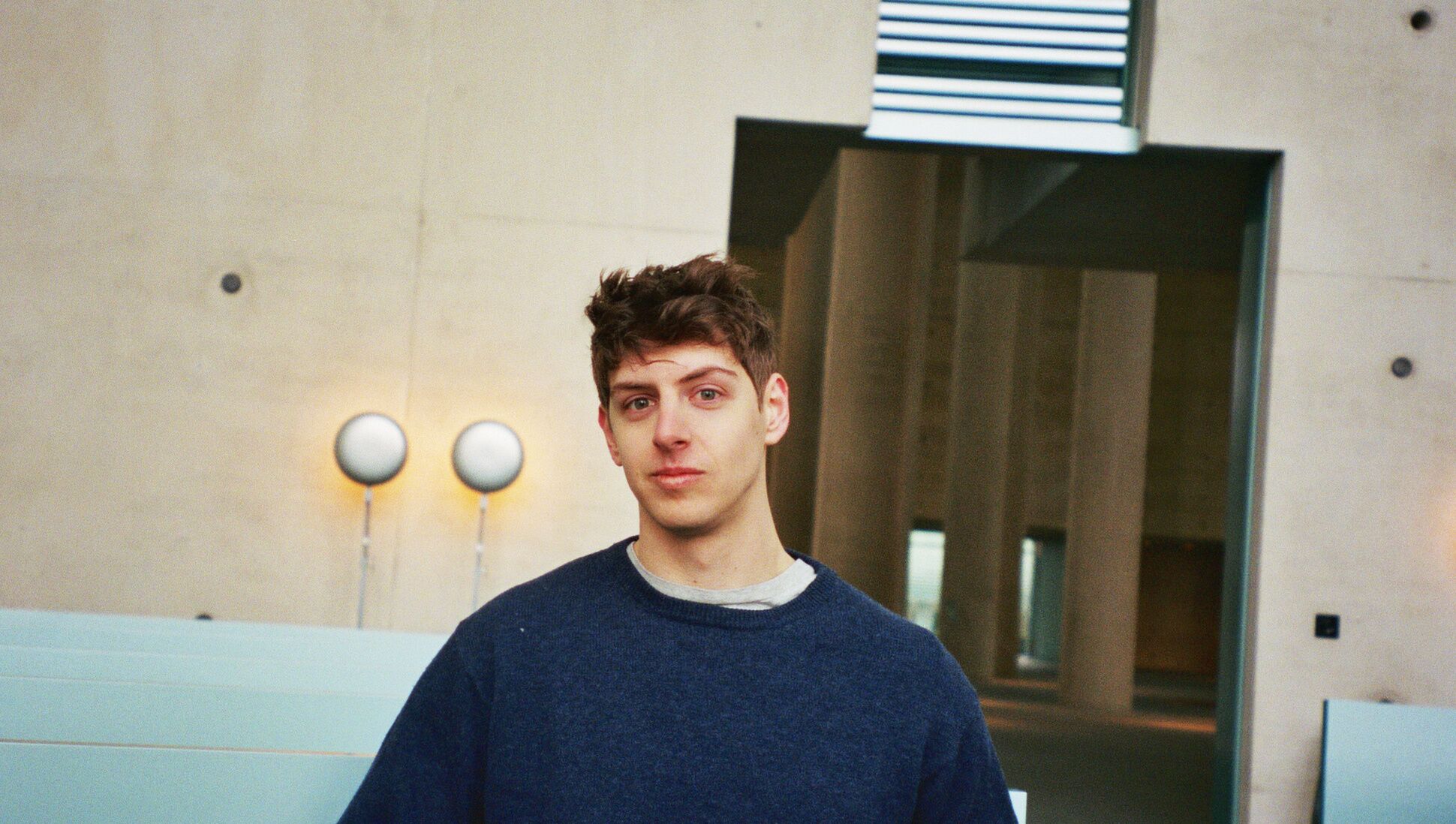 Nathan Micay, the artist formerly known as Bwana, is best known ‘round these parts for his 2016 album Capsule’s Pride, a loving EDM-flavored tribute to the music of Akira.

Now Micay is back with Blue Spring, and while the music this time is all original, the album owes a great deal to Akira creator Katsuhiro Otomo. In fact, Micay has even released a comic to accompany the dystopian-themed concept album that will look instantly familiar to Akira fans. Blue Spring .

We had the chance to lob some questions Mr. Micay’s way to find out more about Blue Spring (which hits vinyl, CD and digital May 3) and why he can’t seem to stop thinking about Akira.

Most of our readers probably know you from Capsule’s Pride. Can you talk briefly about the success of that album and how life has changed for you since?

Capsule’s Pride definitely achieved a reach I had not anticipated. I was hopeful, given the passionate fan bases of both anime and dance music, but it seems to now be a part of the Akira zeitgeist, which is insane to me. I completely credit the creative direction of LuckyMe for the success of the project. They work so hard and just have such a clear vision. The same can be said for this new album coming out. Life since then has generally been the same. Lucky enough to continue DJing around the world, trying to improve my Japanese daily and I’m about to sit down and start the 2nd season of One Punch Man! Think it’s been about a three-year wait?

Could you briefly describe Blue Spring?

Blue Spring is the new album coming out on LuckyMe. It’s very much a melting pot of the various styles I’ve been into for the last ten years: IDM, trance, techno, jungle etc. It’s a concept album and in the spirit of that, LuckyMe have gone above and beyond as usual with an original comic book and more goodies to come.

You’ve called it the spiritual successor to Capsule’s Pride. In what way(s)?

With Capsule’s Pride we were very aware that everything was in some way in debt to the genius of Otomo. This time around we sought to make our own story. Our own world. The music is mostly sample free, yet I think still capturing a similar sonic palette to Capsule’s Pride. It’s very narrative driven, and the original comic book that will come with the vinyl reinforces that. It was a real goal here to feel something of worth was being contributed back to the manga/comic culture that we hold so dear. Otomo is still clearly an influence, but this time we’ve paid tribute with our own original works.

What inspired you to create a story-driven album, and to include a comic? Could you detail a bit how it came together?

I’ve always been a big believer in the idea of a concept album. Pink Floyd were my favorite band through my teens and possibly still today. I just think an album should have cohesion and purpose, particularly in dance music. Doing Capsule’s Pride felt so natural because there was already such a great narrative to work off and explore. When Blue Spring was finally starting to come together, Dominic Flannnigan at LuckyMe suggested we make a comic this time. Basically the idea was to contribute something back to the culture we took from on Capsule’s Pride. So I wrote up a little synopsis and then Dominic, who is an unbelievably talented illustrator, took the words and did the rest with the help of Pete Marsden. Couldn’t be happier with the result.

How do you recommend experiencing Blue Spring? Read then listen? Vice versa? Simultaneously?

I suppose do it as you see fit! Obviously you’re not going to spend a full four or so minutes on each page. However, reading the comic at least while listening to the first track will help give some context for everything going on. I tried my best to make an album that could work for an extended home listen while also having some bits that would appeal to the DJs and sound design aficionados. Cant’ forget them.

There are a lot of vocal samples. On Pride they were from Akira… I assume this time they’re original? If so, what was it like directing the performances?

Yes, mostly original aside from some obscure radio broadcasts I dug up. A little challenging compared to already having source material in front of you. Ultimately though, I found it more rewarding. It was great to be part of a collaborative process. This job can be quite isolating at times. It’s an interesting thing to hand over parts of your vision to others and see how they interpret it. Came out exactly as I’d hoped.

Otomo’s influence is really apparent. Why do you think he continues to influence you, and so many other artists?

I have discussions about this very often. My theory really rests on the scale of what he’s done, particularly with Akira. Akira was a milestone moment in my life when I first discovered it, but reading his story was just as inspirational. He spent so long on it, perfecting every minor detail. That relates to another theory of mine. I think he just understands framing in a way that creates these iconic images that you can continue to find details in even after looking for minutes at a time. The classic examples for me are the picture of Kaneda sitting on the motor bike with the spear in hand at an angle and then Tetsuo standing atop a hill of rubble with that red cape. The lines on the drawings are perfect and the animation is at a level not even matched today. It’s mindblowing to think about how much work went into just the sequence of the metal bits turning into Tetsuo’s arm when things really go crazy at the end. I think there’s even a 20-minute Youtube documentary just breaking down all the weird things that float into his arm. There’s just so much to explore. His created his own world and cultural language. It’s staggering to think how much our current culture of design and music owe to him.