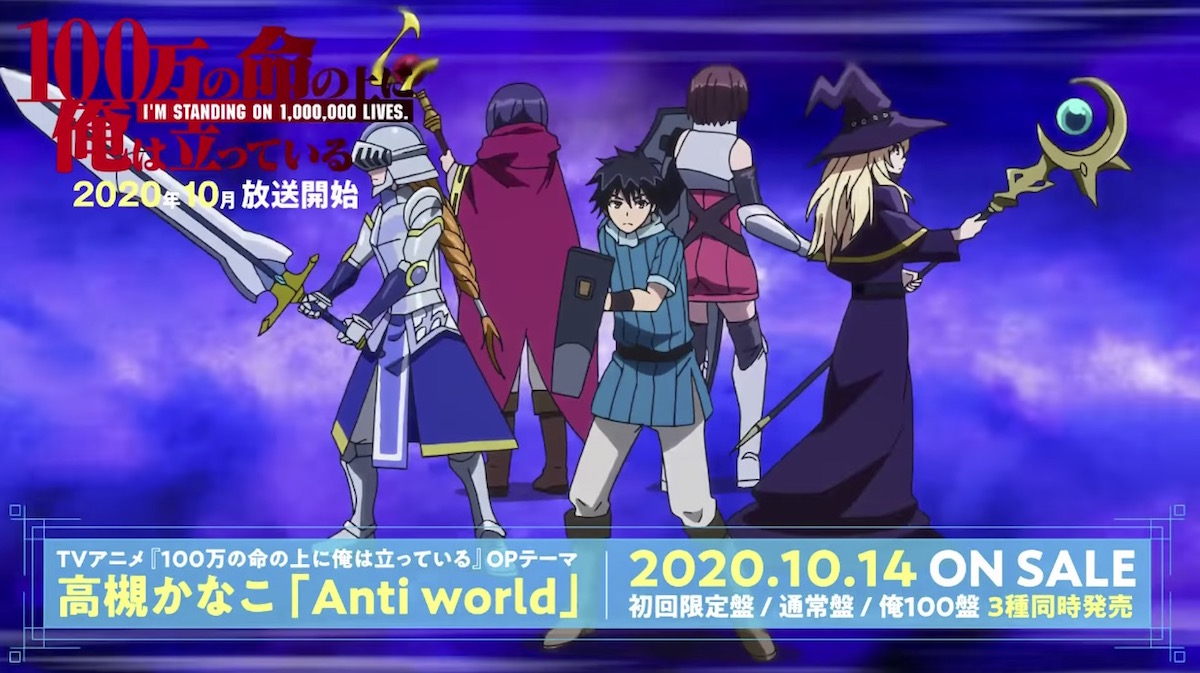 Back in March, a TV anime adaptation was revealed for the I’m Standing on a Million Lives isekai manga, written by Naoki Yamakawa and illustrated by Akinari Nao. Now a new trailer is here along with the announcement of the opening theme, which will have Kanako Takatsuki performing “Anti world.”

Check out the latest preview:

Ninth grader Yusuke Yotsuya is practical, friendless, and not active in any clubs. Then one day, he and two female classmates are suddenly sent to another world where they must work together to battle for their lives. Yotsuya is a lone wolf and has always lived his life according to his wants, but how will that work out now that he’s supposed to be a hero?! Get ready for a one-of-a-kind fantasy story that will challenge everything you thought you knew about fantasy!

Anime Theme Park Rides You Can Only Experience in Japan
Mr. Osomatsu Season 3 Announced for October