Looking over at Japan, anime home video sales for general audiences (meaning not just for kids) went up 57.5% since 2020. Much of the credit for this impressive hike goes to (no surprise) Demon Slayer. During the first half of the year, these sales made 23.499 billion yen, which is approximately $214 million.

Demon Slayer – Kimetsu no Yaiba – The Movie: Mugen Train broke records in movie theaters, it broke records on home releases. It became available for home release on June 16, and within three days 1,074,170 Blu-ray Discs and DVDs had sold.

Japan still has rental stores, but they saw their earning decrease in the past year. Rental sales in the first section of this year for general audiences anime brought in 1.253 billion yen, which is about $11 million, and that’s more than half of what it was in 2020.

Since Demon Slayer counted for so many of the sales this year, we could see a drop coming up in 2022. Funimation licensed Demon Slayer – Kimetsu no Yaiba – The Movie: Mugen Train and gave this description of the movie:

“After completing their rehabilitation training, Tanjiro and his comrades arrive at their next mission on the Mugen Train, where over 40 people have disappeared. Together with one of the most powerful swordsmen of the Demon Slayer Corps, Flame Hashira Kyojuro Rengoku, they face the nightmare on board.” 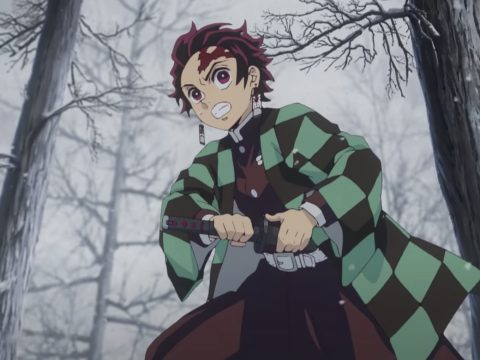