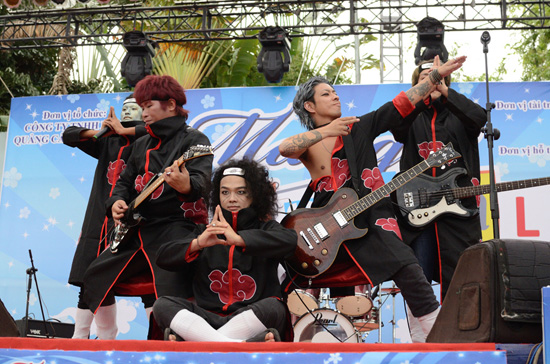 Vietnam is an unlikely (but not altogether surprising) hotbed of anime fandom and even production. Despite the Vietnamese economy’s rapid growth of the past decade leveling off compared to the neighboring Philippines and Indonesia, there is still a lot optimism in comparison to Japan’s two-decade long recession. Far from the war-torn jungle that still lingers in the American consciousness, Vietnam is a country that is speedily developing large complexes that wouldn’t be out of place in New York or Tokyo. 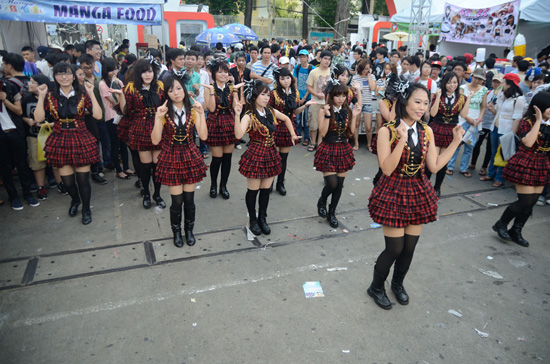 Carrying that optimism, a significant 40% population of young people in the land of the lotus (compared to a mere 24% in Japan) eagerly and hungrily consume, to various degrees of legality, Fairy Tale, Shin-chan and even profess their love of Maria Ozawa. To that end, since previously reporting on the premiere maid café Viet Moe, Ho Chi Minh City has since opened up no less than three more Japanese-themed cafes in the past year alone – Otacool Station, The Other Person and BOND. All four stores, and many more, were showing in full force at the Manga Festival. 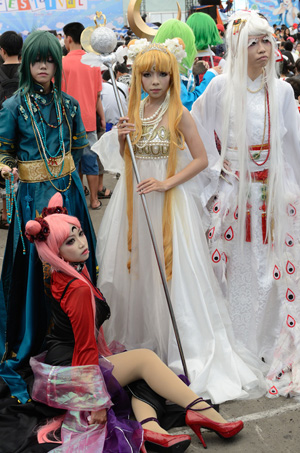 Manga Festival has been an event running since 2010 in Ho Chi Minh City, the economic heart of Vietnam and Hanoi, the actual capital of the country. Despite the two separate events, Hanonian cosplayers were more than content to make the 1777km trek south.

The event venue, a large open space next to a community youth hall, would be considered tiny in comparison to the sprawling complexes of AX, let alone Comiket. Hell, San Diego Comic-Con’s Hall H by itself would eat this place whole and still have room for dessert. Nonetheless, 10,000 attendees braved the sweltering 100+ degree weather for the chance to indulge their fandom over the weekend – a 2,000 person increase over last year.

While the convention served up the usual assortment of market stalls, student groups and the aforementioned cafes promoting their wares, what separated this year from the rest was the presence of several Japanese guests – the recently organized band LCL, led by Viet Moe owner Junichi Uchida, which served up covers of anime themes both old and new; DJ Yoruppe, mixing up remixes of various otaku anthems; and Rev., an idol troupe from Fukuoka whose relative obscurity did not temper the warm reception they received from the attendees. There was even a Vocaloid concert organized by the fan group Vocaleek – far from the scale of their Taiwan and Los Angeles Crypton-sponsored performances, but full of glow-stick waving goodness nonetheless. Fortunately, the festivities were not at all interrupted by Vietnamese police, as is known to happen. 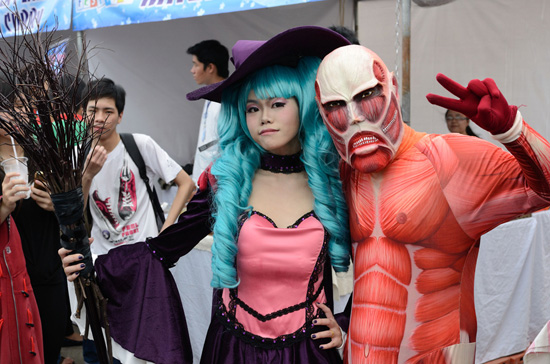 On the subject of performances, the masquerade on the convention’s final day was something to behold. While the phrase “masquerade skit” may fill some with a dread, expecting cheesy overacting and pandering coupled with embarrassing slapfighting, in Vietnam one can witness… okay, cheesy over-acting and pandering, but coupled with AWESOME CARTWHEELING AND SPLITS! Pre-recorded skits with dubious timing and contrived moments engineered to elicit whoops and hollers from the various fanboys and girls in the audience were certainly there, but the choreography of the performances was pretty damn awesome. It had more in common with the acrobatics of Mexican lucha libre or, more aptly, a tokusatsu hero show in a Japanese shopping mall as opposed to Jimmy and Timmy playing Power Rangers in the backyard. Not to mention that the mostly home-made costumes looked great, befitting Vietnam’s status as a land of tailors.

While Manga Festival is still far from the likes of Singapore’s Anime Festival Asia in becoming a hub for Asian fandom outside Japan, it’s certainly nice to have an oasis for nerdery amidst the socialist propaganda. 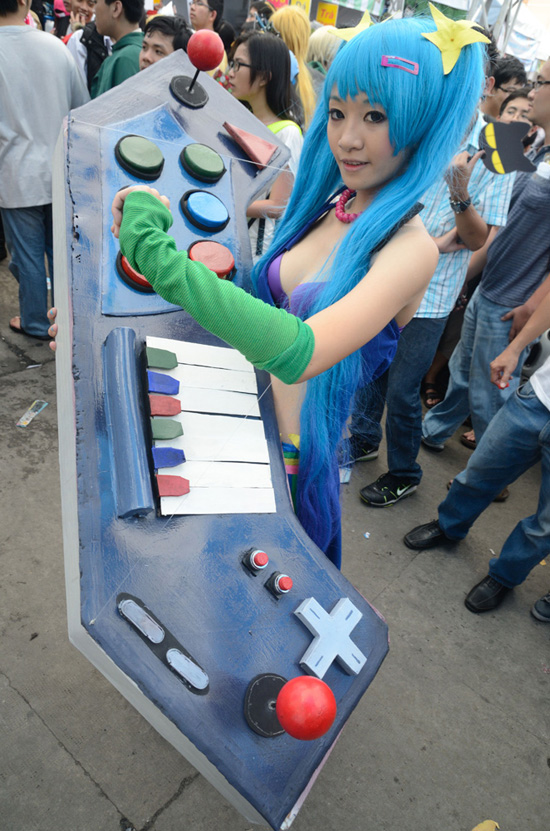 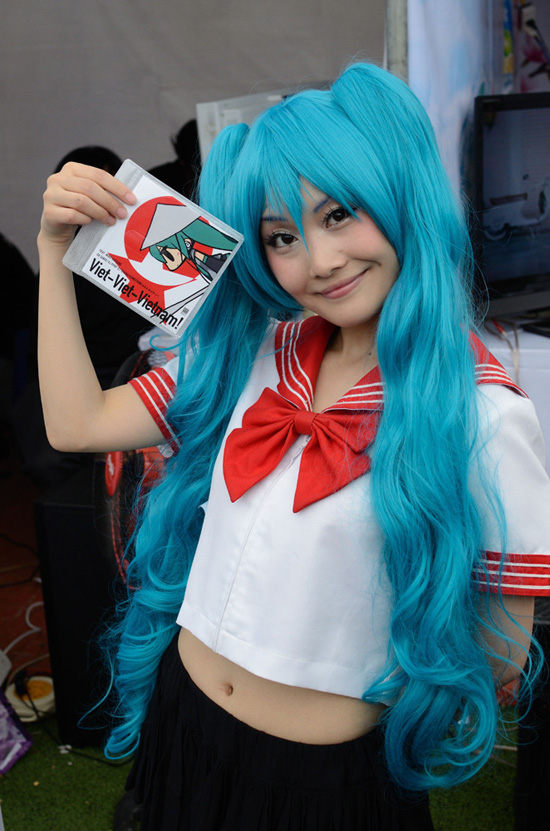 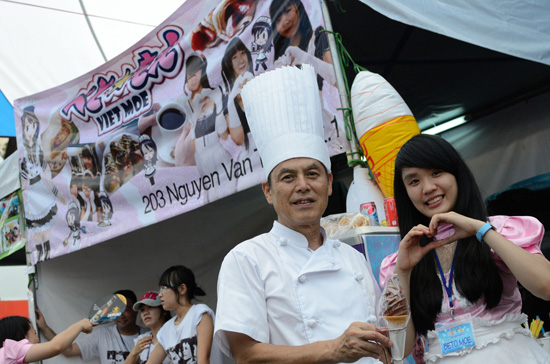